Many personalities and institutions are showing strength amid Covid-19 disruptions and the Ake Arts and Book Festival is not left out. Like many other projects journeying into the air since the pandemic has polluted the land, the festival will hold online between October 22 and 26. It will be a pragmatic way of asserting its ‘African Time’ theme, as writers, publishers, scholars, artists and corporate players from different parts of the world will converge on the virtual arena for the ever-rich and incisive feast it offers.

Nigeria is a peculiarly tough environment for art and culture festivals to germinate and endure but the Ake Festival is proving that when there is will and resourcefulness, trees will flourish even in a desert. It may be too early to put the festival in the iconic perspective but the waves it has made in the eight years of its existence is symbolic enough to not only acknowledge its impacts but also highlight the factors that have accorded it sound footing.

Among such is its often-thematic assertiveness and diversity. This is in line with the festival’s manifesto of, according to its founder Lola Shoneyin, creating “a place where intellectuals and thinkers can come together and talk about African issues on African soil.” Year after year, the festival discusses fundamental issues that cut across disciplines, ethnic boundaries, and races. Although its primary focus is cultural, artistic educational development, it is never shy of interrogating issues in governance, business, gender, and all. Last year, for instance, it explored various aspects of humanity under the theme, ‘Black Body, Grey Matters’.

Another key factor in the swift evolution of the Ake Festival is the expansive voice it gives to women and other segments of society who are often marginalised. The festival accommodates all genders, but it seems to appreciate the fact that society tend to suppress some. It has thus been able to promote such while also engaging the voices and passion of others, whom other similar festivals might have isolated. In this sense, it has positioned itself as a festival of all cultures, sub-cultures, philosophies, and ideas.

Youths are the jokers of the future. Any idea that they buy into has a date with history and the future. The disposition of the festival organisers exemplifies this thought. It commands the attention of many young writers, poets, artists, and enthusiasts, who exude a sense of belonging when they attend each season. This is one trait that is a big plus for its essence, compared to some other book projects in Nigeria, which appear to subsist on the participation of what some would describe as the ‘core’, conservative veteran stakeholders.

The Ake Arts and Book Festival is also ‘blessed’ in terms of the dynamism of its sponsorship. Unlike some other similar outfits that depend on lone funders, it boasts several, though some are more major than others. It has enjoyed support from governments, especially the government of Ogun State. But equally pragmatically backing the festival are corporate groups and international organisations, which lend it credibility and depth apart from other forms of concrete support they might be giving. Compared to the now suspended Garden City Literary Festival, which flourished for about seven years when a government favourable to it sponsored it, but has been suffering lull since the coming of a new government, Ake is balanced in the diversified sponsorship equation, a feature that should be instructive to similar future initiatives.

Shoneyin and her team will particularly find precious the commitment of its principal partner, Sterling Bank, which is prepared to continue to be with her. During the 2019 edition held at the Goethe Institute, Ikoyi, Lagos, the bank’s Chief Executive Officer, Suleiman Abubakar, recalled how it (Sterling) bought into the dream, saying the journey had been mutually fulfilling as arts were significant and encompassing.

“As we sit here tonight, let us understand this: we are not writing stories just to entertain people. We are writing stories that will lead to peace or war, lead to poverty or prosperity. The stories we write today will form the foundation for everything that the rest of us will do. So, I beg you all, even as we hold ourselves accountable, let us create stories that will inspire Africa to the highest height that it can be.”
While the festival, on its website, identifies Google also as a partner, it lists Annoying Logo, Goethe, and Nikon as sponsors, just as it describes Kryolan as a supporter.

It is against this background that many are eagerly awaiting the commencement of this year’s edition. It will be another time to savour vibrant debates and gauge challenges and opportunities in the sector, with the organisers promising a great deal even as the programmes will unfold online. They noted in a statement: “Now in its 8th year, the Ake Arts & Book Festival has brought over 700 artists, writers, poets, musicians, dancers, actors, filmmakers and thinkers together to dialogue and celebrate creativity on the African continent through panel discussions, art exhibitions, workshops, storytelling, book chats, poetry performances, a concert, stage play and unforgettable films.

“Our world has changed forever. And when the world turns, we turn with it. The magnitude of recent world events cannot be ignored so we have changed the theme for the 8th edition of Ake Arts & Book Festival.
In 1918, African nations were in the clutches of imperial forces that denigrated our stories, culture, history, language, and belief systems. A century later, a new pandemic finds Africa struggling with the colonial hangover of poor leadership and a predatory global order.

“Africa must reject the old normal and seize the opportunity of the moment to recalibrate and break the cycle of betrayal by those elected to lead. This may be our last chance to shape Africa and define the continent of our dreams.
It may have come later than expected but, for the children of Africa everywhere, this is African Time.”
––Adeola Adejokun writes from Lagos. 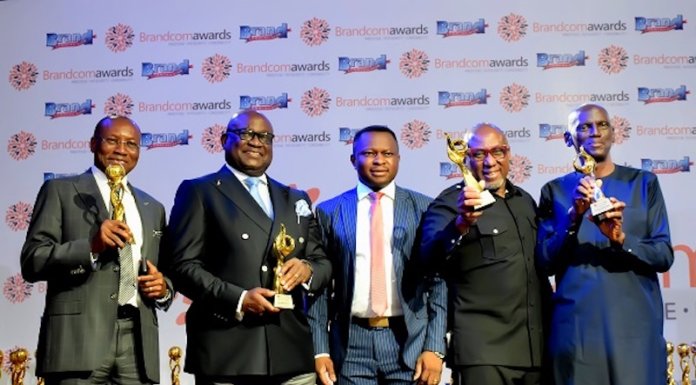