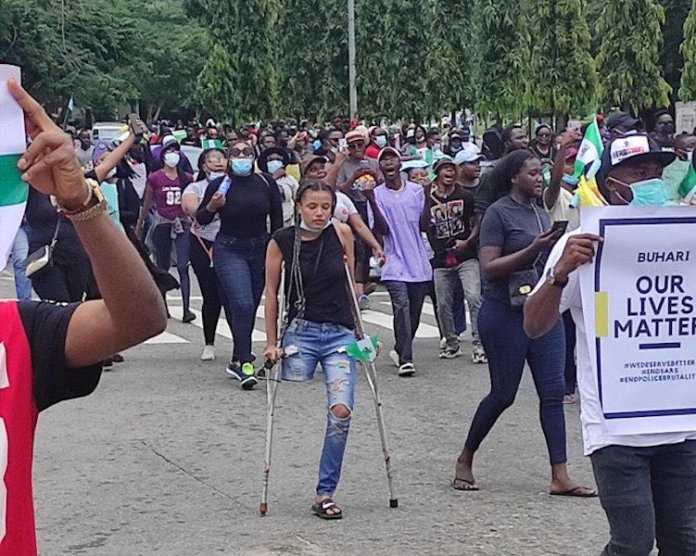 The viral picture of a young lady, Jane Obiene, who left leg had been amputated, but still joined the #EndSARS protest with the aid of her crutches, has attracted goodwill to her.

Championed by Dr Chinonso Egemba, popularly known as Aproko Doctor, the fundraiser was to help get her a prosthetic leg since she had not been gainfully employed since 2013 when her leg was amputated.

Although the funding goal was initially N500,000, it was later increased to N1.5million to cover the cost of other expenses.

But barely hours after the portal went open, 961 persons hit the funding goal and raised about N5million for her.

With the excess funds, the doctor also intends to help out another male amputee who was at the National Stadium in Surulere despite his disabilities.