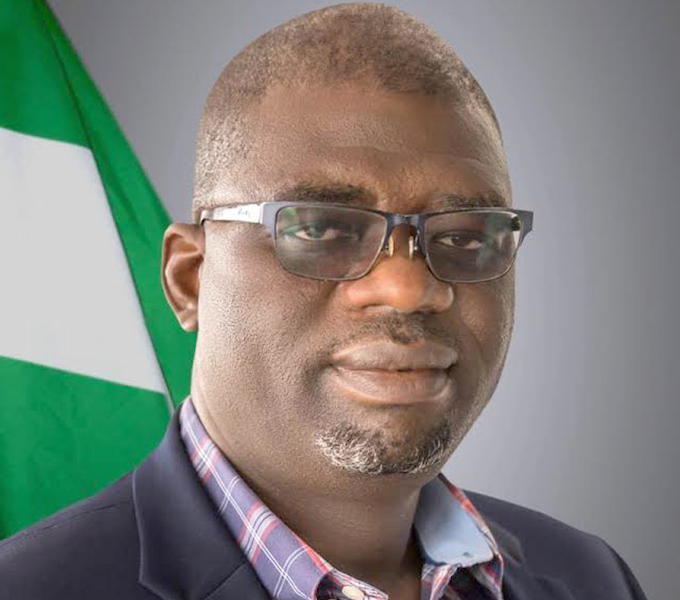 The National Coordinator of the National Social Safety Nets Coordinating Office (NASSCO), Iorwa Apera, in this interview, tells Bayo Akinloye that the cash transfer programme of the Nigerian government is not a scam amidst national scepticism

Not a few Nigerians think the cash transfer programme is a scam, a political tool to win elections. Tell us about the scheme.

What we do primarily is setting standards for social protection implementation and social protection implementation is a suite of programmes that address poverty and vulnerability in Nigeria including the cash transfer, youth employment, social support operation scheme. These programmes are also supported by the World Bank through the World Bank facility. That is what we do as an outfit of government under the current administration.

Since its inception, how much has been given to the so-called ‘poorest of the poor’?

The president said he was going to take 10 million people each year out of poverty. So, so far, how many people have been rescued from the grinding grip of poverty?

Yes; poor and vulnerable individuals from 4.8 million households. The federal government is paying one million households so far and this one million translates to an average household membership of 4.8 (which) translates to about 4.8 million individuals. They are given N5,000. Now if you do the math, the multiplier effect: when you give N5,000 to a household, 68 per cent of that money is used on food consumption. That means you are stimulating demand and smoothing consumption. Therefore, 5,000 by one million, that is injecting about N50 billion in a month into the economy; into the local economy of our communities. The multiplier effect is, let’s take an example, a community is given the N5,000 and then they are going to buy rice.

Let’s say, before now, in that poor community, the trader there sold one bag of rice for the whole month. But because there is now money in the community, the community demand for rice has increased from one bag to 10 bags in a month. It means it has enhanced the capacity of the trader to move to grow. From one bag to 10 bags. He will come to town, wherein he comes to the wholesaler and buy only one bag, he’s now buying 10 bags. The wholesaler has an opportunity of selling 10 bags to 10 different communities. That’s 100 bags a month.

It’d appear you’re saying that the N5,000 cash transfer holds a key to growing the nation’s economy. Is that correct?

By producing 100 bags in contrast to the previous 10 bags, the manufacturer will likely need to employ more hands and thus reduce the unemployment rate. Because his profit has enhanced his profit after tax, tax after profit will increase the government’s revenue. The wholesaler will sell, will be selling more. The village merchant now can pay local government tax and community tax. He’s no longer going to lock his shop when the tax officials are coming because he risks not selling, he’s going to open it now. With increased sales of the seller, the government’s revenue is enhanced. So, if evidence abounds that for every N1 you pay as cash transfer, a return of N1:30 is received. Every month, in each state of the federation, this kind of amount of money are being injected into the local economy every day.

You might say N5,000 is little, but consistently, N5,000 every month and we pay N10,000 in every two-month cycle and that’s N60,000 in a year. For a family in a village, a local village, with that amount of money consistently coming in, they are able to save small, start some little business, and continue the sustenance of the family. So it’s a huge investment.

With the COVID-19 pandemic’s negative impact on livelihoods, how helpful is the N5,000?

At the start of the programme, UNICEF did a cost-of-diet study. The cost-of-diet study did put the average consumption of an average family in poor suburbs or environments to range from N3,500 to N5,000. The federal government took the highest range of N5,000 which became the cash transfer. We are planning another cost-of-diet study now in collaboration with other partners to further check based on the factors that you have raised. But you see, cash transfer is a hugely expensive venture.

That means N10,000 every two months times one million people. Do the math: we have about N100 billion. Right? That’s N100 billion times six months, six times in a year. You will see the quantum of the money that’ll be needed. It cost us about N1,500 to register a poor and vulnerable household in our communities. The cost of monitoring, the cost of enumeration, the cost of training, the individual that will go and take the data, and all of that, is aggregated to about N1,500 per household that is in the social register. I’ll tell you that the government of President Muhammadu Buhari’s investment in this place is by far the most ambitious that we have had in the history of this country.

I was part of the SURE-P programme. I was part of other, similar programmes. But this is by far the most ambitious investment. Apart from the $500 million that we have under this particular programme, the social investment of five hundred billion every year, cumulatively, is the most decisive action plan for poverty alleviation in the country. So, when Mr. President said he would lift 100 million Nigerians (out of poverty) in 10 years, I think we’re on the right track to achieving that.

Do you have a success story to share regarding a household that’s been lifted out of poverty?

We have success stories. In fact, we have a success story in Jigawa State where women collecting cash transfer came together and bought a vehicle to help transport pregnant women to the headquarters of the local government for safe delivery; like an antenatal ambulance. Out of the N5,000, they have been collecting, they were able to save money to buy a vehicle worth at least N400,000. That’s the power of consistency in giving cash to anyone. It is not seasonal. It’s definite that it must come. So you are even able to plan, you are even able to borrow against it. We have people who, in fact, after collecting the N5,000 cash for two years, they wrote to us saying, ‘I want to come out of the programme. I am no longer poor.’

Some people have started poultry that’s expanded. In Osun State, we have a family that wrote to us that they were no longer poor. They wanted to come out of the programme and our team went to validate the information and pulled them out of the programme. This kind of story abounds everywhere in the country as confirmed by our team.

You have the social register in 36 states including the Federal Capital Territory. Does that mean the cash transfer has begun in all the states?

The cash transfer, so far, is in 32 states. The remaining states will come on board this next payment round that we are. We’re working towards that. Borno, Ebonyi, and Ogun states will likely be part of the scheme next week (this week). We have so far established offices in 36 states of the federation and the FCT. What we do is to reach out to the state government and sign a memorandum of understanding with the state government. Once the state government signs this MoU, they will establish that office in the ministry of planning supervised by the permanent secretary and will competitively recruit civil servants to mind the offices, structured with the state coordinator and accountant drawn from the office of the accountant-general and other operational staff that support them.

Now, having established the offices, we will sit with the state government officials, that is, the state operations coordinating unit officials, and other relevant line ministries like the bureau of statistics of the state, the National Population Commission from that state and other relevant agencies and establish what we call the poverty map of a state. Now, the poverty map will categorise local governments from the poor to the poorest based on statistics from the bureau of statistics.

How does NASSCO engage the community?

They will have the youths in one group, the women one group, the men in another, and so on. If they are not as many, they’re fused into these other three groups of youths, men and women. At this group meeting, they will be asked to define poverty within the context of their community. We know how dynamic Nigeria is: what might constitute poverty in the context of this community will likely be different even across the stream or across the road.

Now, when the community defines what’s poverty within the context of their community. They are then asked to identify those considered poor in those communities, the families, the households. So the youths will make a list along with other identified critical groups in the community.

Thereafter, the groups will hold a plenary, harmonising the lists. They’ll then choose persons to sign on behalf of the community with a duplicate of the signed document left with the community. Of the 69,000 communities we’re developing, the social register in so far, there’s a community list domicile in that community, owned and kept by the community.

Now, we’ll take a copy of that list to the local government headquarters and the enumeration team that’s part of the community-based team at the local government will be given the list. Armed with their smart devices, they’ll go back to the community, and with the help of the appointed representatives that signed, identify, and map each household identified on that list and then register them. In the course of registering, they will take the geo-coordinates of each household to allow easy tracing of the households and they will also map them.

Once the quality control is completed at the state level, our responsibility at the national level is capacity building, funding the generation of the registers, and ensuring quality assurance.