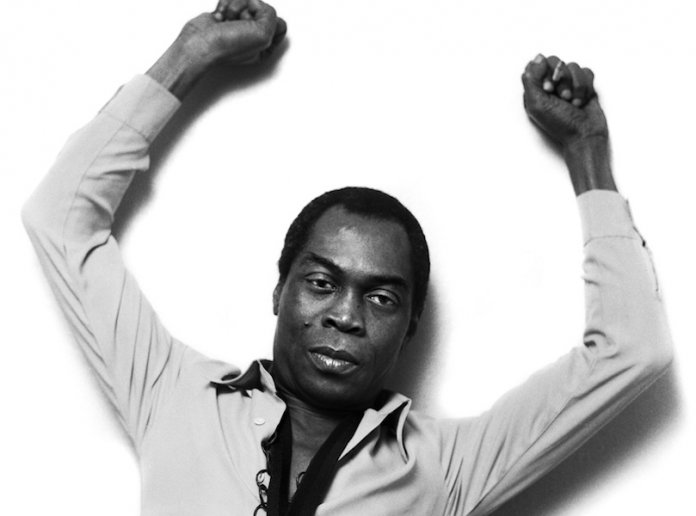 Chido Nwangwu, Publisher, USAfricaonline.com salutes the courage of the organisers and participants in the ENDSars protests across the country for drawing attention to the existential realities of their geo-political environments as Afrobeat music creator, Fela Anikulapo Kuti did

Beyond the raunchy, sexually aggressive music videos distributed across the social media, weekly, by the new crop of Afrobeat superstars and artistes, I believe that most of them are socially conscious and politically aware.

First, it’s refreshing that a productive and purposeful deployment of the social influences of U.S., Nigerian artistes and activists have converged against #PoliceBrutality in 2020. Let’s simply call it: Fela Anikulapo Kuti’s ultimate revenge through his musical grandchildren.

While they celebrate the glam and glitz of youth, they have not forgotten the existential realities of their geo-political environments. Especially, the economic struggles and daily hustle by the almost 95% of the population who face the gut-wrenching uncertainty about breakfast for this week, unsure about dinner for next week; and unsteady lunch next month. That is, amidst the routine rounds of police violence against the youth for protesting inequities, squander mania and scandalous misplacement of priorities.

Second, for very good reasons, for almost 10 days, Nigeria’s younger generation have rallied and protested. They came face-to-face with their tormentors, the Nigerian Police, and the footsoldiers of Nigeria’s incumbent ruler, President Muhammadu Buhari. Buhari and that killer squad blinked! It was a remarkable first: The determination and purposeful resolve of Nigeria’s massively unemployed but very creative youth across all the major cities of the country forced the tactical dissolution of the dreaded, arbitrary SARS (Special Anti Robbery Squad).

Third, let me note carefully that a few of what I will characterize among the iron-gates of impunity and violent abuse of Nigerians are falling…. They have Not fallen.

Fourth, evidently, the Police Inspector General read the mood of the country and resolve of the youth and their global network of supporters and yielded to the #EndSARS.
But the hawks and anti-democratic gatekeepers at the presidency, according to my contacts, argued it “will appear to our people as a sign of weakness.”
Hence, the lag in getting a certain presidential okay.

Fifth, Buhari, a former military dictator (1984 — 1985), is historically inflexible and prefers the commandist finality of power; and I refer(red) to him as a “reluctant democrat” since 2011.

A little bit of history would be useful at this point.

I recall his unpopular order of bringing out armed police around Nigerian universities to suppress student protests, across the country, in 1985. I remember it vividly as I was one of leaders of the protests at the country’s first fully indigenous university, University of Nigeria, Nsukka (UNN). I was the Director of Communications for the Students’ Union. The late, great progressive icon Chima Ubani was President; Johnnie Nweze was Secretary; Wale Oyekanmi was the Speaker of the House and Adewale Adeoye was a member of the same Union House. Adeoye in 2001 became winner of the African Journalist of the Year — as adjudged by the CNN.

Let’s get back to the present.

Sixth, the most prominent African-American Pastor T. D. Jakes (who has since proudly identified his ancestral roots as the Igbo of South-eastern Nigeria), Twitter CEO Jack Dorsey and dozens of heavyweight social influencers are giving both moral and financial support. They support the admirable and commendable synchronization of opposition to the perennial issue of police brutality against mainly Nigeria’s traumatized youth.

Seventh, award-winning singer Trey Songz brought in an insightful perspective when he noted “Police brutality here in America often is an abuse of power driven by race. To be brutalized, extorted, and murdered by your own people is unimaginable. Prayers up and I’m researching ways I can help. #EndSARS.” He probably does not know that Nigeria has a post-colonial, viciously under-paid and openly corrupt police force rather than a community relations police force. Police force that treats different regions and ethnicities different ways. They discriminate.

Eight, fundamentally, the youth of Nigeria, inside Nigeria and around the world are altering the assumptions of influence, dynamics of public policy and (potentially) state power in the most populated country in the African continent.

Those foundational elements of influence carry consequence in the public domain in the ways that remind most of us of the godfather of 1970s Nigeria musical activism, Fela Anikulapo-Kuti. May his soul rest in peace.
Long live the grandchildren of, Fela, the People’s President as they carry on the legacy of speaking truth to power and interrogating injustices.

The Police Inspector General read the mood of the country and resolve of the youth and their global network of supporters and yielded to the #EndSARS.
But the hawks and anti-democratic gatekeepers at the presidency, according to my contacts, argued it “will appear to our people as a sign of weakness.”
Hence, the lag in getting a certain presidential okay