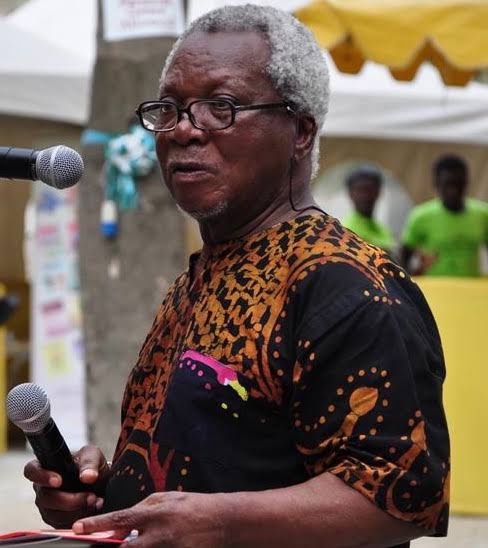 Last Tuesday, renowned poet, writer and scholar, Professor John Pepper Clark of the Bekederemo family of Kiagbodo, Delta State decided to row his canoe into the endless deep, after 85 years of fishing in the shallow waters called Nigeria.

Famous for his riverine setting poems, J.P Clark, an Ijaw man, had earned his place in the literary world as one of the tripods of Nigeria’s literary world. The two other being late Professor Chinua Achebe and now the lone surviving Professor Wole Soyinka, a Nobel Laureate. The trio had strengthened the rampart of the literary community with Soyinka heading the Drama genre, Achebe the prose genre and Clark, the poetry genre.

Beside Clark’s works being mainly set in his native riverine environment, he is famous and most admired for the simplicity of his works.

There is no greater proof of the simplicity of his works than the poem titled Abiku. It is significant that although there is another poem by the same title by Wole Soyinka, the message of Clark’s work is much clearer and more pungent than the complexity of Soyinka’s work, even when they both treated the same theme.

Perhaps one of the most famous poems of J.P Clark is The Casualties which is a regretful reflection on the Nigerian civil war, where he rightly declared that we are all casualties whether we were on the federal side or the Biafran side.

But how can we forget his Night Rain? It was, more than any other work, the poem that succinctly captured the poverty, deprivation and lack that characterized the life of the average Ijaw family. Night Rain encapsulates the foundation for the struggle for better life for the people of the Niger Delta.

Yet, I remember his children-friendly Streamside Exchange: a conversation between a lonely child missing his mother who went to the market and a bird perching on a mangrove tree by the river.

One of the first poems of Clark I read was Ibadan. It was a classical example of reticence: saying so much with so few words. A 19-word poem that perfectly profiles the city called Ibadan.

His love for poetry was legendary and boundless. It was that love, I believe, that made the trio of Achebe, Soyinka and Clark to lead a delegation on March 5, 1986 to then military president ,Gen Ibrahim Babangida to set free another poet, Mamman Vatsa, accused of planning a coup. Vatsa was executed same day after the trio left Doddan Barracks, Lagos

His works in drama like Song of a Goat, Ozidi, etc all go to show he was a versatile and consummate literary icon. That he will be missed in the literary community is an understatement.

The poet has hung his pen. Adieu!