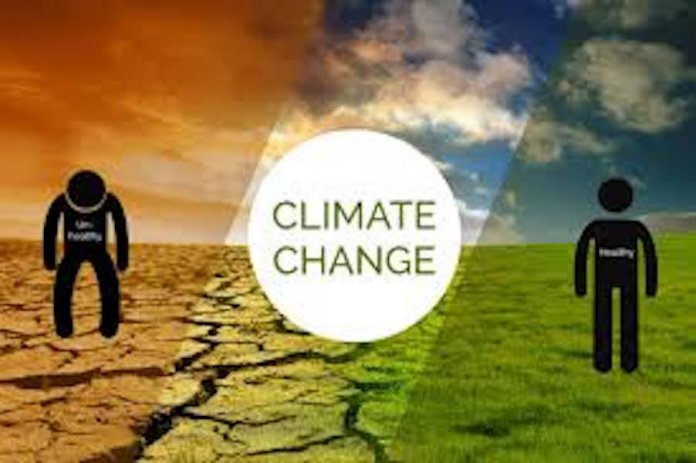 Climate Change is one of the defining challenges of the age. From shifting weather patterns that threaten food production, to rising sea levels that increase the risk of catastrophic flooding, the impact of climate change are global in scope and unprecedented in scale.

Without drastic action today, adapting to these impacts in the future will be more difficult and costly, United Nations in a report has asserted.

A recent report explained that greenhouse gases occur naturally and are essential to the survival of humans and millions of other living things, by keeping some of the sun’s warmth from reflecting back into space and making Earth livable.

But after more than a century and a half of industrialisation, deforestation, and large scale agriculture, quantities of greenhouse gases in the atmosphere have risen to record levels not seen in three million years. As populations, economies and standards of living grow, so does the cumulative level of greenhouse gas (GHGs) emissions.

Reports revealed that many countries are planning big investments in fossil fuel industries as part of their economic rescue packages. For instance, in the US the bailout of the airline industry is set to go ahead without conditions attached on their emissions, while the White House has moved to weaken a raft of environmental regulations. In China, subsidies for fossil fuel vehicles and the easing of permits for coalmining are also likely to raise emissions.

At the Petersberg Climate Dialogue, the UN Secretary-General António Guterres advised government not to use taxpayer cash to rescue fossil fuel companies and carbon-intensive industries. He urged government to devote economic rescue packages for the coronavirus crisis to businesses that cut greenhouse gas emissions and create green jobs. Guterres appealed for tougher action on cutting emissions, as well as more investments.

He maintained that public funds should be invested in the future by directing it to sustainable sectors and projects that help the environment and climate. He added that fossil fuel subsidies must end, and carbon must have a price so polluters would pay for their pollution.

Continuing, Guterres said: “Developing countries should receive $100bn (£82bn) a year, a longstanding goal under the global climate negotiations, to help them curb emissions and cope with the impacts of climate breakdown. We cannot allow the heavy and rising debt burden of developing countries to serve as a barrier to their ambition (on the climate).

“Rich countries must all commit to zero-carbon emissions by 2050 with a particular nod to the US and China. The Paris agreement was largely made possible by the engagement of the US and China. Without the contribution of the big emitters, all our efforts will be doomed.”

In the World Meteorological Organisation (WMO) State of the Climate 2019 report, the UN Chief said the indications are clear and global heating is accelerating.

He also noted that 2019 was the second hottest year on record, with the past decade the hottest in human history. Guterres further explained that greenhouse gas concentrations are at the highest levels in three million years, when the earth’s temperature was as much as 3°C hotter and sea levels some 15 meters higher, “Ocean heat is at a record level, with temperatures rising at the equivalent of five Hiroshima bombs a second.”

“We count the cost in human lives and livelihoods as droughts, wildfires, floods and extreme storms take their deadly toll. We have no time to lose if we are to avert climate catastrophe. This is a pivotal year for how we address the climate emergency. We have to aim high at the next climate conference in Glasgow in November,” he remarked.

He emphasised that there is a need all countries to demonstrate that they can achieve emissions reductions of 45 percent from 2010 levels in this decade, “and it would reach net-zero emissions by mid-century, we know this is the only way to limit global heating to 1.5°C.”

At the 2019 Climate Action Summit, there was a commitment by countries to initiate concrete new steps to combat the climate crisis. Germany committed to carbon neutrality by 2050. 12 countries made financial commitments to the Green Climate Fund, the official financial mechanism to assist developing countries in adaptation and mitigation practices to counter climate change. This is in addition to recent announcements from Norway, Germany, France and the United Kingdom who have recently doubled their present contributions. On his part, the UN Chief hinted that on mitigation, all countries must commit to carbon neutrality by 2050.

He affirmed that developing countries need resilience-building support developing, adding that it requires adequate financing, beginning with a promised $100 billion dollars a year for mitigation and adaptation efforts.

Guterres disclosed that 121 States have already committed to carbon neutrality by 2050, while urging all countries to prepare enhanced national climate action plans,” or Nationally Determined Contributions (NDCs), “to reach net zero emissions by 2050”.

According to him, “I encourage the European Union to continue showing global leadership by presenting, by the end of the year, a nationally determined contribution in line with its commitment to become the first climate neutral continent by 2050.

“The key to tackling the climate crisis is the big emitters. The world’s 20 leading economies collectively account for more than 80 percent of global emissions and over 85 percent of the global economy, all of them must also commit to carbon neutrality by 2050.

“Without the contribution of the big emitters, all our efforts risk to be doomed. Let us use the pandemic recovery to provide a foundation for a safe, healthy, inclusive and more resilient world for all people.”

The issue of reducing greenhouse gas emission has continued to generate discourse among stakeholders, at a recent webinar, with the theme: ‘‘Building a More Sustainable Future: The Pandemic as a Catalyst for Progress’, the issue was brought to the front burner.

Speaking at the virtual meeting, the Senior Vice President, Corporate Affair and Communication, Japan Tobacco International (JTI), Suzanne Weiss said like all companies, JTI aims to improve its impacts on the environment, and consider a long list of investment projects.
She revealed the plans of the company to reduce greenhouse gas emission by 35 per cent between 2015 and 2030. She also stated that the company has a strong commitment to reach net zero emission from its own operations, and the key message is that it is time to build for the future and invest in long term environmental projects. She remarked that the company would examine its return on investments, and determine which project to be funded and not to be.

Weiss hinted that despite the global crisis, the company has stayed through to its principles and continues to strive, noting that from industry perspective, there are real conflict between economic recovery and sustainable goals.

In his remarks, Team Leader for Green Finance and Investment in the Environment Directorate, OECD, Robert Youngman, said as part of the company’s work on green finance and investment, Finance ministers have been the key target, because they are essential economic decision makers for future planning.

He asserted that a report presented to them by a group of experts including the OECD, placed special focus on renewable energy, energy efficiency and green buildings, “all of these areas offer a lot of benefits in terms of number of jobs and the multiplier factor for the economy.”

Continuing, Weiss affirmed: “The company has many projects that would drive environmental impact especially its factory in the Philippines, where we have installed the solar driven power roofs or self-consumption solar system which is the largest of those systems in Asia.

“In terms of JTI, we have always really had a long terms approach that place us in good stead. At the heart of our company, are four stakeholder models. We try to ensure that we deliver for our stakeholder groups, such as employees, and consumer shareholders and the society. This model is embedded in our business and it has stood us in good stead.”

According to Youngman, “There is an organisation known as Coalition for Finance Ministers Climate Action. In our work to date on green finance and investment, finance ministers have been really the key target, as essential economic decision makers for future planning. A report presented to them by a group of experts including the OECD, and some international organisations focuses on renewable energy, energy efficiency and green buildings.

“All of these areas offer a lot of benefits in terms of number of jobs and the multiplier factor for the economy. We are seeing it being implemented in different jurisdictions.
“So in the European Union (EU) as part of their 750 billion Euro plan, we saw a plan to increase hydrogen production in six fold by 2024 and a major emphasis on recovery.

“It is the same for France, where the recovery plan is 100 billion, but 30 billion to speed up greening of the economy through energy performance renovations in buildings, green infrastructure and mobility, reducing carbon intensity of processes in manufacturing and new technologies such as hydrogen. We know from the last financial crisis that green stimulus measures do create income and jobs.” 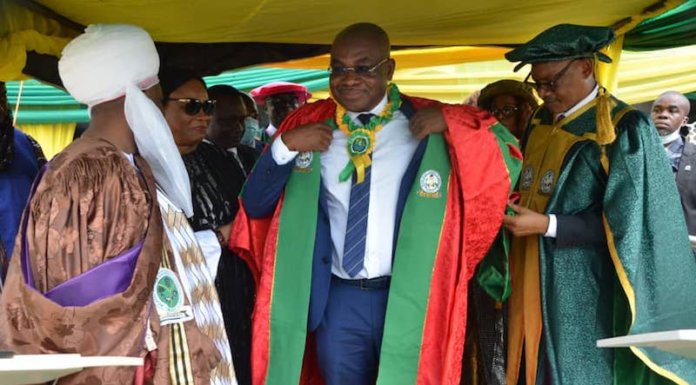