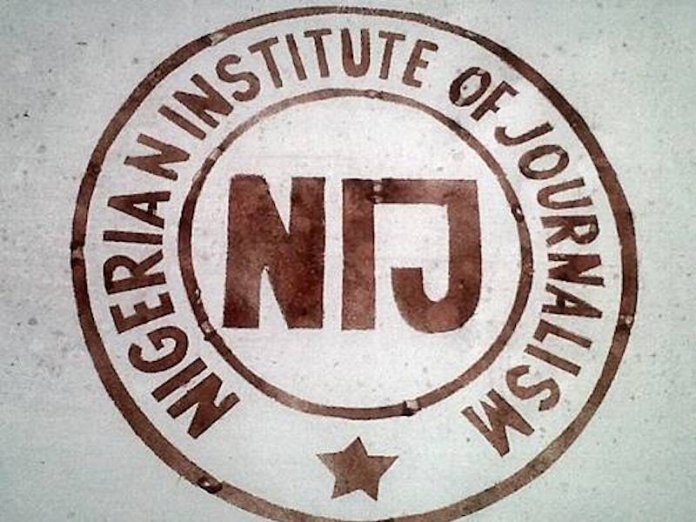 The Nigerian Institute of Journalism (NIJ) has unveiled and hoisted flags of its professional bodies at the institute’s campus in Lagos.

The institute also unveiled new professional code of ethics for the journalism profession and media industry in Nigeria.

The flags unveiled and hoisted yesterday at the NIJ campus, included the Nigeria National Flag, the flags of the NIJ, Newspaper Proprietors Association of Nigeria (NPAN), Nigerian Union of Journalists (NUJ), and that of the Nigerian Guild of Editors (NGE).

Other flags unveiled at the occasion were those of the Advertising Practitioners Council of Nigeria (APCON), the International Press Institute (IPI) and the Nigerian Institute of Public Relations (NIPR).

The principals of the respective professional bodies present unveiled their individual associations’ flags one after the other.

The Chairman of the NIJ Governing Council and former Governor of Ogun State, Chief Olusegun Osoba, hoisted the Nigeria flag and that of the IPI, while the NIJ Provost, Mr. Gbenga Adefaye, hoisted the institute’s flag.

The Deputy Chairman of NIJ and past President of NPAN, Chief Ray Ekpu, hoisted the NPAN flag, while the President of the NUJ, Mr. Chris Isiguzo, hoisted his association’s flag.

The President of NGE, Mr. Isa Mustapha hoisted NGE’s flag through his representative, Mr. Nkpandem James, and announced a N1million donation to the NIJ in support of the initiative.

Earlier in his remarks, Adefaye, said the hoisting of the flags symbolised the re-establishment of the connection the institute has with the professional groups within the industry.

“What we are doing here today is hoisting of the flags and commissioning the flags that our entrepreneurial students did.

“What is important about this for us is like re-establishing the connection with these professional groups within our industry,” he said.

He said that by unveiling the flags at strategic locations of the campus, it would remind every member of the institute and visitors, of the ethical requirements of their noble profession.

He added that “this, we hope will serve as constant reminder and consciousness builder for us in integrating the values and ethical standards required for professional practice.

“As we are aware, theory prepares you for practice, ethics sustains you in practice. The foundation of professional practice is ethics, our flag must fly at full mast.

“Our goal in this assignment is to provide a linkage and identification of these professional bodies with our institution. Our hope is that whoever passes here, will appreciate our connectivity when he sees the flags flying.

“It is important to highlight that governing council membership of our institution is drawn from these professional bodies”.

Adefaye further said “in all, we hope that hoisting the flags and unveiling the code of ethics of this flag will open a new chapter in the transformation and repositioning of the institution as we transform to digitally impact our profession.”

Osoba, while hoisting the IPI flag, stated if not for IPI, there would not have been anything known as the NIJ, recalling that he was one of the beneficiaries of IPI sponsorship for journalism training.

“Well, but for the IPI, there would not have been an NIJ. IPI was the one that sponsored the training of journalists in Nigeria, and I was one of the first to have that opportunity in 1965 when we were trained in the University of Lagos,” he said.

The former Ogun State governor further said: “It was the IPI that sponsored the first series of directors that founded the NIJ in Lagos.

“I am happy that the foresight of Alhaji Lateef Jakande, who is also past president of the International Press Institute, is what led to the Nigerian Institute of Journalism that we have today.