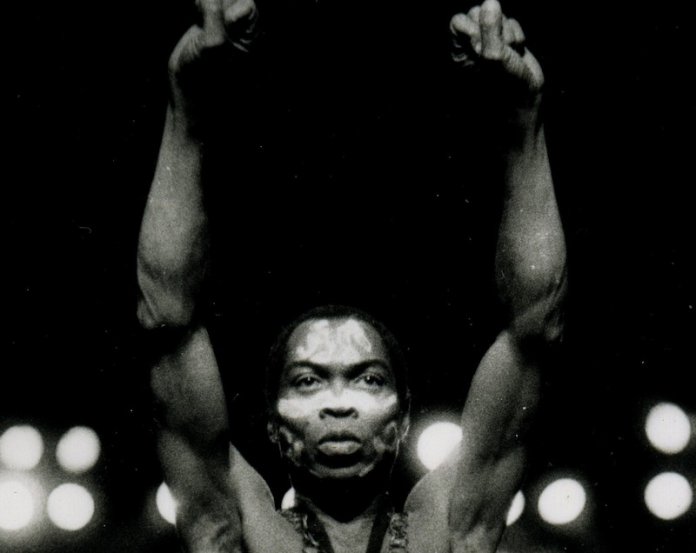 As the ongoing protests against police brutality continue to reverberate all over the country, protesters have found inspiration in the music of the late Afrobeat pioneer Fela Anikulapo-Kuti, who would have turned 82 today, October 15.

Not a few took to different social media channels to celebrate the icon with his images and songs. For these protesters, Fela embodied everything they are fighting for. His songs are littered with messages of activism which are rooted in the fight for human rights. Throughout his lifetime, Fela was very vocal and valiant in criticising the government, speaking against the political problems that have plagued the African people. This explains why many call him the first black president.

Protesters found his songs such as ‘Zombie’, ‘Beasts of No Nation’ as a portrayal of the times they live in.

Coincidentally, the theme of the week-long celebration held in his honour, ‘Fight to Finish, Fight to Win’, Felabration, which kicked off today (Thursday), speaks to the resilience of the protesters. Although the organisers clarified that the theme was specifically conceived to address the challenges caused by the capricious coronavirus.

Earlier in the day, his son, Femi, showed solidarity with the protesters at Alausa who were intimidated by armed thugs.

Speaking to the mammoth crowd in the area, Femi said “Today is my father’s birthday so I’m at the shrine and I heard that they sent thugs here. So I came to show solidarity with you. Don’t be intimidated. It’s a peaceful protest. You don’t have weapons so the government must listen to the youths.”

At the Felabration Symposium, the intellectual part of the celebration, lawyer and activist, Dele Farotimi, said that “Fela paid a price for the podium that is raised today. Fela was a truth-teller. He spoke constant truth to a system that refused to change. The things he spoke about 40 years ago are still happening today.”

He highlighted that Fela had always spoken about police brutality and this is reflected in the theme of the symposium ‘Colomentality’.

“Because the system encourages impunity, that is why we have Colomentality.”

He said that the connection between the #EndSARS and the mess we are in was impunity.

Due to COVID-19 guidelines, which stipulate social distancing rule, this year’s Felabration is celebrated virtually and will only be held for three days.