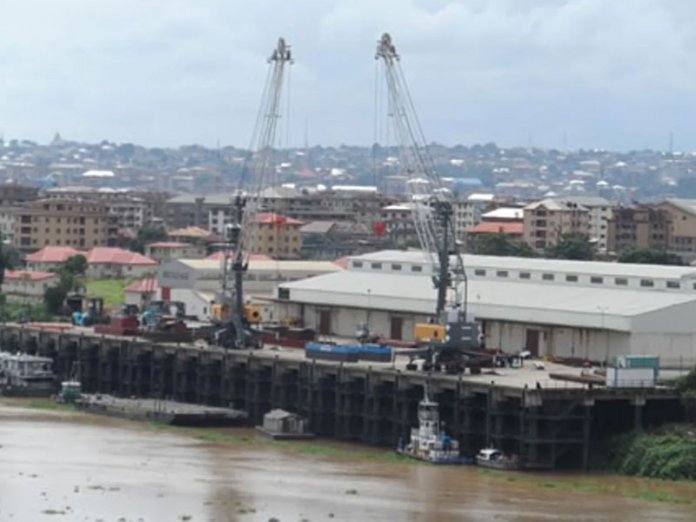 The Chairman and Managing Director of DAS Energy Services, Effurun, Delta State, Chief Sunny Onuesoke has commended the federal government for inaugurating the Onitsha seaport, describing the act as inspiring and heart-warming.

The Onitsha seaport became functional last week and has started moving containers from Lagos and Onne Ports to Onitsha by barges.

Onuesoke, in a statement issued in Warri said, “This is totally inspiring and heart-warming. With this singular act of kindness to Eastern Nigeria, posterity will surely remember this present government for good.

“This will obviously put an end to the exploitation and frustration experienced to move goods from Lagos to the East. It will equally decongest Lagos ports’ traffic which has always been the bane of smooth business transaction.”

The Gas businessman, who visited Nigeria Ports Authority (NPA) premises in Warri, Delta State, however, appealed to the federal government to extend the same gesture to ports in Delta State for even socio-economic development of the country.

The former PDP governorship aspirant, who made case for Burutu, Warri, Forcados and Koko Ports in Delta State to be rehabilitated and opened for business operations, pointed out that the ports have enormous potential because of their strategic location in the heart of Nigeria’s oil and gas mineral deposits and their proximity to the Atlantic.

“As such, they are adjudged as the port of the future, which would fit snugly into the country’s agenda of oil and gas industry deregulation as they would serve as the hub of modular oil refineries and marine transportation of petroleum products to neighbouring countries and beyond.

“Besides this, the ports are strategically located to serve as logistics bases for the export of gas by the Escravos Gas-To-Liquid (EGTL) facilities that are about to commence production with a capacity next to non in sub-Saharan Africa – converting more than 325 million cubic feet of natural gas per day to GTL (gas-to-liquid) diesel and GTL-naphtha,” he disclosed.

According to him, “ In terms of hinterland accessibility, Delta Ports provide about the shortest routes for cargo haulage to catchment states of Anambra, Imo, Enugu, Delta, Edo, Kogi, Ondo, and Benue, when compared with other operational ports.

“The port’s proximity to these states is an aid to freight logistics and distribution planning. The east-west road’s arterial connection through primary and secondary lateral roads to the named states engenders quick turn-around time for trucks to and from the ports.”