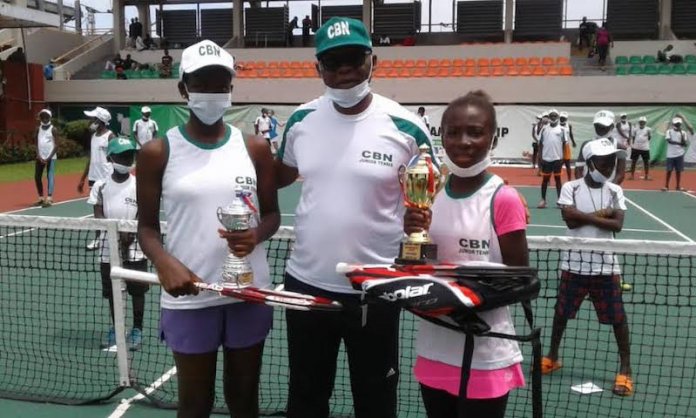 The Ogunsakin brothers, Seun and Seyi, who played in the Boys 14 and Boys 12 events respectively were the talking points of the 2020 CBN Junior Tennis Championships which took place at the Lagos Lawn Tennis Club, Onikan, Lagos at the weekend.

Seun in particular showed so much promise that the future of tennis remains bright in the country if such lads gets good support from Corporate Nigeria.

In the final of the Boys 14 Seun Ogunsakin from Ekiti State played against Mohammed Idris from the Federal Capital Territory (FCT), the JSS 2 student of Christ School, Ado Ekiti showed skills unbelievable from an 11-year tennis player.

His service, double hand rallies and deft touches on drop shots were amazing to the few fans inside the Centre Court of the Lagos Lawn Tennis arena. The left-handed Seun (fondly called ‘Nadal’ by his admirers) who played against another southpaw Idris, stretched the FCT player through the court until the Abuja lad could not continue due to a pulled shoulder.

Other winner in the boys events of the CBN Junior Tennis Championship include, David Ekpeyong who defeated Joshua Maxwell 9-1 in the Boys 16 category.

In the Girls 14, Nene Yakubu defeated Amarachi Ezeh 9-2 to win the category while Mary Udofa sent Blessing Otu packing in a stunning 9-0 result.

She capped her brilliant outing emerging the Most Outstanding Player in the Girls’ section.

Mubarak Ganiyu was selected as the Most Outstanding Player in the Boys section.

Speaking at the end of the event, Governor of the CBN, Mr. Godwin Emefiele, commended the players for putting up scintillating performances to the delight of all present at the championship.

The CBN governor who was represented by the Ag. Director, Corporate Communications, Mr. Osita Nwanisobi, stressed that the purpose of setting up the competition as a grooming ground for the discovering of talents and nurturing them to become champions was on course.

“A good number of teenage champions like Omolayo Bamidele, Rebecca Ekpeyong amongst several others were discovered in the CBN Junior Championship.

While commending organisers of the competition, the International Tennis Academy (ITA), the CBN chief executive pledged the continuous sponsorship of the youth tournament.

Nigeria first and only individual gold medalist at the Olympic Games. Assistant Commissioner of Police, Chioma Ajuwa, immediate past Deputy Managing Director of Total, Mr. Ahmadu Musa Kida and other VIPs watched the final of the junior championship. 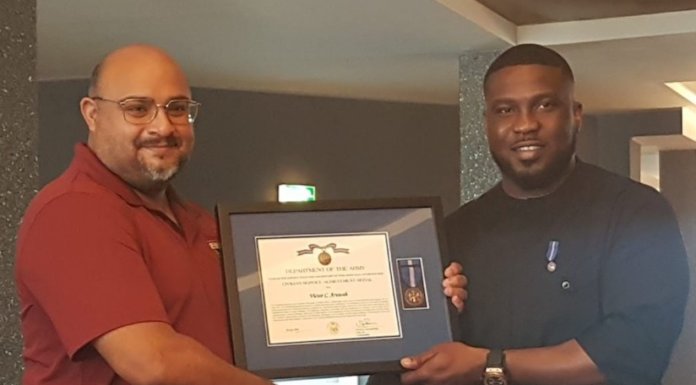