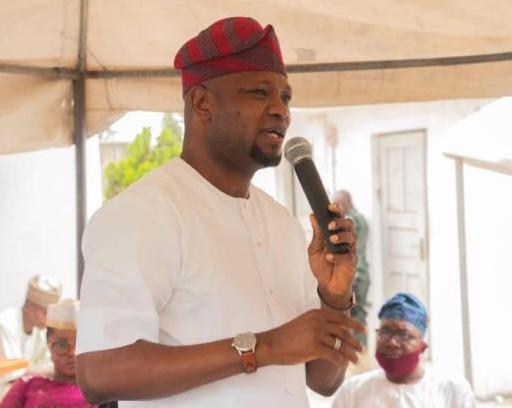 Abdul-Azeez Olajide Adeniran is not the first individual in recent times to captain his destiny with his own hands, or steer the rudders towards deeper waters. What stands him out—among the thronging crowd of achievers and overachievers—is the resolve and steadiness with which he carries on, as well as his uncharacteristic disposition to be dutiful.

CoreTV News is one of the most patronised channels for 24/7 news in the Nigerian news space. It has come to light that this station is an offshoot of Core Media Services, a media firm that specialises in advertising, marketing, public relations, and several other media-related activities. Among other things, the welcome evolution of both of these—CoreTV News and Core Media Services—over the years has called attention to their founder and chief brainbox, ‎Abdul-Azeez Olajide Adeniran. Jide Adeniran, as he is called, is the very same journalist who took matters into his own hands, and has built a respectable communications brand—CORE MEDIA.

Born into and brought up in humble settings, Jide Adeniran had dreams like any other child. Unlike many children and like many more, Adeniran had to hawk wares around his native Ilasamaja neighbourhood in Mushin, Lagos, to support his family. However, even this precarious lifestyle could not douse his fires, as can be seen from the fact that he endured enough to study Mass Communication at Adeseun Ogundoyin Polytechnic, Eruwa (formerly Ibarapa Polytechnic, Eruwa).

The fact that Adeniran excelled at academics, as well as leadership, ensured that he wasn’t stranded after graduation, but was employed as a reporter at Lagos State Television (LTV). Having studied the various ins and outs of the profession and still at the top of his game, Jide Adeniran did the anticipated: he established Core Media Services, his own media firm, without an office, a team of smattering—but like-minded—employees, and a confident expectation of success. And succeed he has.

Today, Core Media is one of the most sought-after firms for its many services. The awards accompanying this reputation are enough to lay a new foundation. Today, situated at a multimillion-naira office at Discovery Gardens Estate, Isheri, Lagos, both Core Media Services and its boss, Jide Adeniran, have run further and farther than expected.

With his happy family and thriving business, Jide Adeniran is also a philanthropist and benefactor. His endeavours in this light are another reason he is the toast of government and community, family and friends, associates and strangers. What a man!