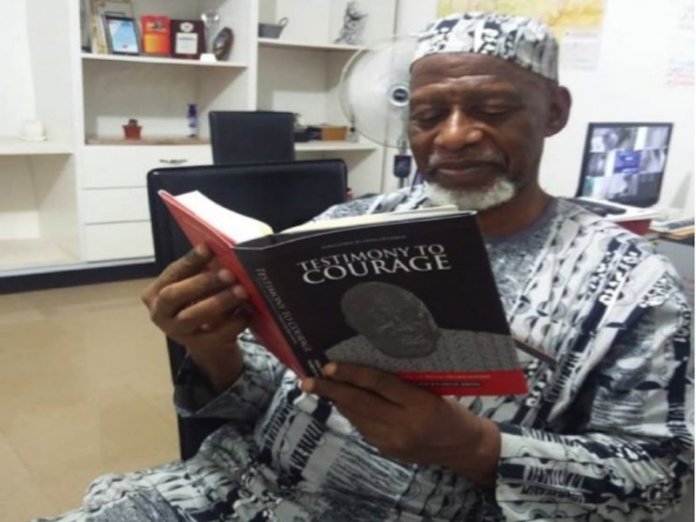 With this year’s theme, “A State of Flux: Literacy in a Period of Languor”, the Lagos Book and Art Festival (LABAF) is set to honour the renowned poet, Odia Ofeimun who clocked 70 earlier this year. The festival fondly referred to as the city’s largest cultural picnic runs from November 10 to 15. This edition will be a combination of virtual and physical venue namely the Freedom Park, Lagos Island.

Divided into three segments: youths, students and adults, the festival will feature exhibitions, workshops, drama, poetry, dance, films and interesting conversations.
In a statement signed by the Programme Co-ordinator and Convener, LABAF, Jahman Anikulapo, this year’s theme has been inspired “by the deep anxieties in the global political economy.’’ Despite the intrusion of the Covid-19 pandemic in the global cultural space, the organisers of LABAF have carefully selected some literary works that are relevant to the current political temperament in Nigeria and the theme as the ‘books of the festival.’ The books constitute the core of programming for the festival with the animated panel conversations around the books.

“To make sense of all this haze, we invite Femi Osofisan’s Kolera Kolej, the classic satirical novel set in a university campus, a hilarious observation of a society set on snuffing out its best institutions; Andre Brink’s ‘A Wall of Plagues,’ influenced by Camus, published in 1984 at the time of apartheid’s state of emergency, imagines a devastating descent of plagues imperiling society; Elechi Amadi’s ‘The Great Ponds’ which is a fictional take on the 1918 Pandemic and Wọlé Ṣoyínká’s ‘Opera Wọnyosi,’ described, some place, as an eloquent play about human decadence and profound stupidity,’’ Anikulapo stated.

Other books for discussion include Nancy Fraser’s ‘The Old Is Dying and the New Cannot Be Born,’ Aramide Ṣegun’s ‘Ẹniitàn: Daughter of Destiny,’ Wendy Brown’s ‘In the Ruins of Neoliberalism,’ and Joy-Ann Reid’s ‘The Man Who Sold America.’
There are panels, of course, to engage these texts and 12 others over the weeklong fiesta of the written word, but we invite anyone who has read any of these books to raise her hand for engagement.

The Lagos Book and Art Festival, (LABAF) was created in 1999 to rekindle the enthusiasm and support for the book as a cultural item. Today, it has become a carnivalesque feast of ideas, visual and performed arts, which attract thousands of people across generational divides.

Another intriguing session at the festival is one of the ‘meet-the-author’ events titled, ‘Why-I-Read-What-I-Read’ featuring top corporate leaders and a seminal conversation focused on that one recent work of non-fiction that most appraises the directions of the global knowledge economy.