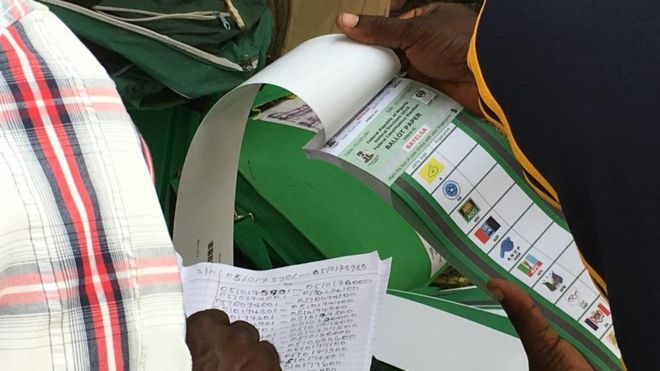 Vote-buying is prevalent in the four local government areas in Akoko in the ongoing Ondo State governorship election.

It was gathered that party representatives were giving between N3,000 and N7,000 per vote.

Though, the money was being given by party representatives outside the polling units after casting of vote, security men could not claim ignorance of the practice.

Party representatives, in some cases, were even writing names of those that had been settled, apparently to render account.

It was gathered that the large turnout of voters was because of o the money being shared.

As at the time of filing this report, voting was gradually winding down in some units, while more people were still on queue in some places.

The urge by voters to cast their votes and collect their money on time made observation of COVID-19 protocols difficult as they were struggling with one another.