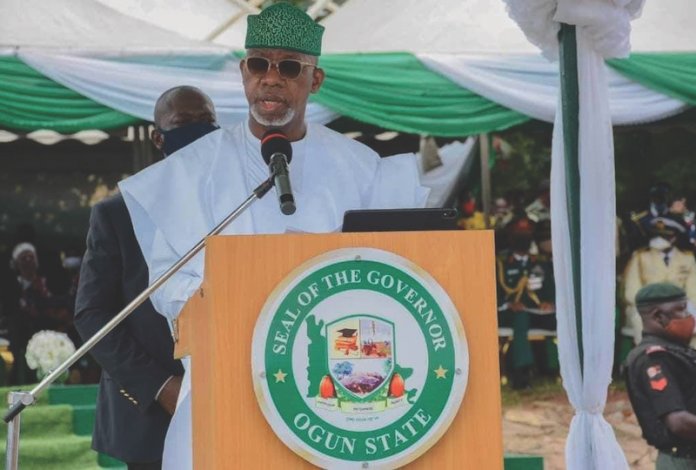 Yearning by the organised labour for improved conditions of service is a normal feature in any democracy. The labour unions have the political power to canvass their economic objectives. The organised labour expects the government, be it at the federal or state level, to provide improved working conditions. And this is made possible by both parties honouring agreements reached at the negotiation table.

To an extent, a government that does the bidding of the organised labour is always on a winning streak and earns the overwhelming support of the unions in its policies and programmes. In this connection, the recent truce reached between the Ogun State government and the organised labour comes as no surprise. Indeed, developments have made it imperative to narrow down what was initially taken to be the genesis of the industrial dispute emanating from the passage of the State Pension Law of 2006 (as amended in 2013), but which subsequently snow-balled into a major showdown.

On his assumption of office as the fifth governor of Ogun State on May 29, 2019, Prince Dapo Abiodun hit the ground running. The governor didn’t betray the trust and confidence reposed in him by the good people of the state. He promised to improve the welfare packages of both the public and civil servants who form the engine room of the day-to-day running of governance. He entered into a social contract with them to ensure prompt and timely payment of the wages and salaries on/or before the last working day of the month, whether Federal Account Allocation (FAAC) or Joint Account Allocation Committee (JAAC) come on time or, not. He has made good his promise. This is why the recent seven-day warning strike embarked upon by the Nigeria Labour Congress (NLC) and the Trade Union Congress (TUC) over the Pension Reform Bill that was passed by the State House of Assembly has left a sour taste in the mouth.

The passage of the Bill into Law was misinterpreted: it was only to correct the perennial conflicts between the Ogun State Pension Law of 2006 (as amended in 2013) and the Pension Reform Act of 2014, with a view to addressing the anomalies that characterise pension practice in the state. The governor demonstrated the ‘omoluabi’ trait and soft-pedalled on the passage of the bill. A popular Yoruba adage says “He who knows he is guilty of an offence doesn’t stay long on his knees.” The administration’s inability to carry the Organised Labour along, before passage of the bill, and the letter of protest dated August 31, 2020, were noted. The governor swiftly tendered an apology for peace to reign.

And in the next line of action, Abiodun did the needful. Taking cognizance of certain mechanisms that had emerged overtime, and the new approaches being worked out to reduce the effects of conflict in the state and prevent the effects of costly expressions of industrial discontent, he constituted an all-encompassing team. The team was made up of the Secretary to the State Government, Mr Tokunboh Talabi; Head of Service, Alhaja Salmot Otun; Chief of Staff to the governor, Alhaji Shuaib Salisu, Commissioner for Finance and Chief Economic Adviser, Mr Dapo Okubadejo; Accountant-General, Permanent Secretaries (Bureau of Service Matters, Establishment & Training, Budget & Planning, Bureau of State Pensions, Bureau of Local Government Pensions), Solicitor-General, among other top state government functionaries.

No serious-minded leader would want to toy with workers. The workers have pressed for the review of the Pension Reforms Bill; payment of leave bonus, including the inherited backlog; payment of accumulated gratuity beginning from 2011 to date; gross salary payment, which include remittance of deductions; and clearance of promotion of three years (2018, 2019 and 2020). On the government side, it was envisaged that acceding to the demands of the workers with the implementation of the new minimum wage would put the administration in a tight corner, with an increase in the monthly wage bill to N1.04 billion. Also, the immediate payment of three years leave bonus would amount to approximately N9.2 billion, while the payment of gratuity of three years would amount to approximately N24 billion and with an additional payment of about N1.2 billion resulting from an underpayment by the last administration to some categories of retired personnel.

At the negotiation table, the Secretary to the State Government averred that the government had begun the payment of gross salary payment and regular remittance of deductions from staff salaries. According to him, other demands, included the outstanding three-year promotion (2018, 2019 and 2020) for immediate disbursement which is N32.5 billion and an additional N2 billion on top of the current wage bill.

A cursory look at the financial implications of the demands of labour in comparison to the budget size will see a glaring demonstration of the government as accommodating of the demands as possible, even in the face of the manifest of COVID-19-induced constraints and uncertainty. The socio-economic impacts of the pandemic on the economy of the state forced the administration to review its 2020 budget down by as much as 38 percent downward.

After extensive deliberations on each of the demands on September 18, 2020, the two parties unanimously resolved to implement the new minimum wage from October 2020; payment of gratuity, with N500 million earmarked for the clearance of gratuity on a quarterly basis, commencing from January, 2021; commencement of the process of the outstanding promotions (years 2018, 2019 and 2020) with immediate effect; suspension on the proposed Year 2020 Pension Amendment Bill; a review of other demands; and a plea for no reprisal of any kind to be meted out on any person(s) for his or her role(s) in the just concluded industrial dispute resolution.

If not for the timely deployment of collective bargaining, an important machinery that employers and trade unions use to consider and resolve conflicts internally, the attendant effects would have paralysed the day-to-day business of governance, causing grievous untold hardship in the state.

The approach, which the state government adopted in calming frayed nerves, drew commendations and accolades from stakeholders, who patted the governor on the back. Unlike his predecessor, Abiodun didn’t downsize the workforce. This was in spite of the effects of the COVID-19 pandemic. Other states need to take a cue from Ogun in resolving their industrial disputes.

On assumption of office about 15 months ago, Abiodun inherited personnel-related financial obligations from the immediate past administration with an aggregate cost of N106.9 billion. The breakdown is as follows: gratuity of retired personnel of the state government, N18.5 billion; local government and SUBEB, N32.5 billion, with a sub-total gratuity of N51.0 billion, between 2011 and 2019; leave bonus of five years, between 2015 and 2019, N9.2 billion; contributory pension liabilities, N20.1 billion; local government and SUBEB, N26.4 billion and with a sub-total of contributory pension liabilities of N46.5 billion; and promotion arrears of N217 million. To cover its tracks, the past administration only remitted the deductions from staff salaries for check-off dues and cooperative deductions, leaving out accumulated contributory pensions.

In fulfilment of his electoral promises, Governor Abiodun has ensured consistent payment of salaries and pensions. He has ensured the clearance of the 2016-2017 backlog of promotions for over 10,000 teaching and non-teaching staff; absorption into full employment of 2,000 ASCON candidates engaged in the twilight of the past administration; pardon and re-absorption into the service of sacked labour leaders, with full benefits restored; training and retraining of public servants to enhance skills, productivity and individual development; restoration and regular disbursement of running costs to Ministries, Departments and Agencies (MDAs) as well as public schools to meet regular operating costs, provision of conducive work environment. He has also seen to the payment of leave bonus, including the inherited backlog; payment of accumulated gratuity from 2011 to date; gross salary payment, which includes remittance of deductions; clearance of promotion of three years (2018-2020); among others.
––Elegbede wrote from Igan-Alade, Yewa North LGA, Ogun State.