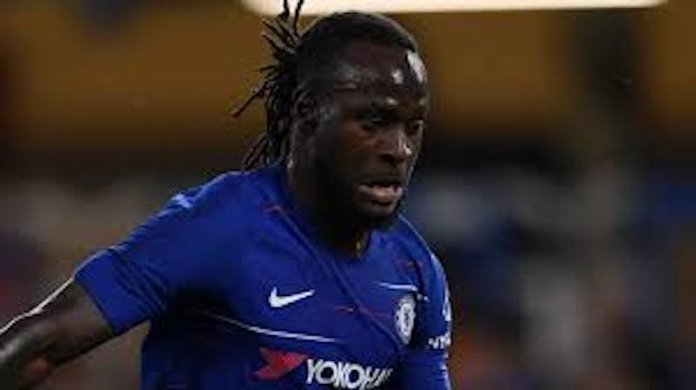 Russian Premier League side Spartak Moscow are interested in signing former Nigeria international Victor Moses according to reports in the Russian media.

Championat.com claims that the Muscovites are close to completing a deal for Chelsea winger Moses.
The former Crystal Palace and Wigan Athletic man was linked with a return to Inter Milan, where he spent the second half of the 2019-20 season, but the transfer window shut in Italy and England without the transfer materialising.

The 2013 Africa Cup of Nations winner has to move on to pastures new as he is not in the plans of manager Frank Lampard for the 2020-2021 campaign and was recently omitted from the club’s Champions League roster.

Previously, Moses spent time on loan at Liverpool, Stoke City, West Ham and Fenerbahce.
Emmanuel Emenike, Okon Essien and Samuel Ogunsanya are the Nigerian players who have featured for Spartak Moscow’s first team in the past.

Spartak Moscow are the record winners of the Soviet Top League / Russian Premier League, with 22 titles to their name.