The Professor of Geography and indigene of Ado Ekiti, died recently at the age of 90.
Speaking at the funeral rites held at Saint Patrick’s Catholic Cathedral, Ado Ekiti, Fayemi described Ojo as one of the country’s finest and iconic scholars, who promoted scholarship during his lifetime.

Fayemi said Ojo’s sterling qualities and unrivaled academic attainments coupled with unassailable integrity earned him the NOUN’s VC.
The governor added that the people of the State and Ado Ekiti community would miss sorely, Ojo’s patriotic zeal and sense of industry , which he said was largely responsible for the national and global respects he commanded as an academic.

“Professor Ojo remained one of the best academics Ekiti ever produced. He was so patriotic not only as a scholar, but as a community man.”
Fayemi described the late scholar as a vanguard of anti corruption, adding that he was a man who was unwaveringly committed to his faith and stood for everything that the Ekiti man represented in values and education.
“He was in the first generation of the Ekiti academics, which earned him a reputation worldwide.”

In his homily, Bishop Emeritus, Catholic Diocese of Ekiti, Most Rev. Michael Fagun, said: “Late Prof. Ojo, was a man of faith, who loved the people, a generous man, who is alive in the hearts of his students and the academic world. “I still see him, very much alive, but we are not here to mourn Professor, but we are here to celebrate a man of authentic faith, who eminently contributed to the birth and growth of the Catholic Diocese of Ekiti.
“A statesman, a catalyst and a great motivator, famous in Nigeria and worldwide and recognized by the Holy Father, the Pope”.

“Prof. Ojo, was an ideal Christian family man, faithful to one wife, the family and his people as a generous man, who had a very good moral and spiritual upbringing.”

Bishop Fagun, added that the late academic forfeited landed properties for use in Ekiti State as a church, school and for the laity in the state.
Also giving evidence about his generosity, Archbishop Gabriel Abegunrin, noted that “unless you meet him, you will not know his worth and his level of generosity. He lived for the family, the Church and for Nigeria.”

“He was a good example we should follow. A humble man, especially for the church, a Nigerian figure in the (global) church.”
The Catholic Bishop of Ekiti Diocese, Most Rev. Felix Ajakaye, commended the family members,especially his children, for supporting the late scholar to donate generously to the church, without pressuring him for their inheritance.

His Eminence, John Cardinal Onaiyekan, who sent a text read by Bishop Ajakaye, described Prof. Ojo as a “A great man, a sincere Christian and a strong academic.”

However, Bishop Ajakaye announced that Prof. Afolabi Ojo, will be immortalized with an ICT Building at Holy Child School, in Ado-Ekiti, an Electronic Library and others for his kind gesture to the church and humanity. 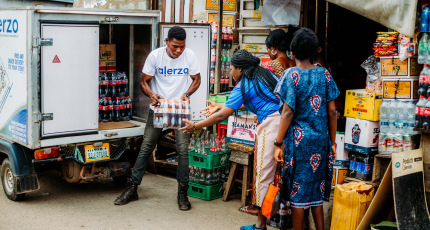