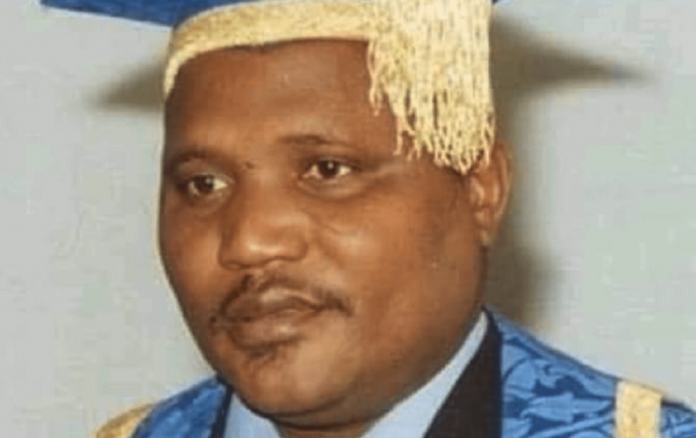 I hope this letter finds you well and happy?

It seems clear to me that our country, Nigeria, bleeds and each new day another gash is added to her numerous wounds. It is 60 years of independence and I am writing to you on Nigeria’s 60th anniversary. The national anthem I heard on television sounded to me like a dirge and the Presidential address which followed it sounded like a funeral oration. It is with tear-filled eyes that I write these words and I hope you can see my despair and frustration. I write this letter in the devout hope that confiding in you my colleagues during this critical period when our national strike is about eight months old, will at least, assuage my pains.

As I pen down these lines, I contemplate Martin Luther King Jr., the American civil rights agitator, who once said: ’We know through painful experience that freedom is never voluntarily given by the oppressor; it must be demanded by the oppressed’. Our great union ASUU has confronted many regimes both past and present, military and civilian, doggedly reminding them about the need to revitalize the education sector in Nigeria. In all our struggles, the response from the government has been empty promises asking our great union to wait. We have waited for so long. The word wait rings in the ears of our members with piercing familiarity. And in the present circumstances, in which we have found ourselves, the word wait has assumed a different semantic connotation. By the definition of Nigerian leaders the word wait has come to mean NEVER.

I had hoped that the Buhari regime would make a difference. I had also hoped that the present regime would honor agreements and resolve the problem in the education sector. Alas! I was wrong. It is the same old trick. Ministers and representatives of government have a strong habit of saying untruths and official lies labeled as a new philosophy of propaganda usually packaged as religious truths. Ministers and government representatives deliberately conceal genuine information from their principal and unsuspecting members of the public. But more worrisome is the fact that the Minister of Labour has this penchant for making careless and unguarded statements.

And quite often, he refers to our great union in abusive and derogatory language. Again, this is not the first time. While celebrating his re-election victory as President in 2003, Olusegun Obasanjo openly declared that ASUU members know only two things: to sell handouts and sleep with girls on campus. It appears the Nigerian leadership has a strong anti-intellectual culture and a penchant for the vilification and debasement of university teachers. But our great union has borne all these insults with an equal mind. As always, our union has demonstrated abundantly that we are different from other unions (like labor) who will say one thing in the morning and do the opposite in the evening.

Dear comrades, it is important to restate the obvious for the benefit of parents and Nigerian students who seem to be ignorant of our struggle. In 1999, ASUU and the FGN entered into an agreement. Among other things the agreement stated that a minimum of 26 percent annual budget should be allocated to the education sector; that funds should be made available to build hostels, classrooms, libraries, laboratories, equipment and other facilities for teaching and research. The agreement also demanded for university autonomy based on the laws of universities and democratic governance. There was nothing like IPPIS when this agreement was signed. So, the general public is invited to note that the ASUU strike is not about increment in salaries.

It is important that parents and teachers should understand and appreciate the heroic struggles of our great union. See where we are today after 60 years of independence: university graduates are pump attendants at filling stations, many others are mixing sand and cement at construction sites. ASUU is fighting for the survival and freedom of all Nigerian citizens. It seems majority of Nigerian citizens do not know that it is the primary (and social) responsibility of the federal government to provide free education to all citizens. Most countries of the world like France, USA and Britain have made education their priority. The Nigerian government allocates only 7% of its annual budget to education. Defense and other sectors carry gargantuan percentages of the annual budget yet Nigerian citizens are at the mercy of armed robbers, daring terrorists and kidnappers.

Again, dear comrades, as I write this letter the salaries of our members have been stopped by the federal government in spite the hardship occasioned by the global Corona virus. Again, this gesture is not surprising, though it is amazing. Our great union has under past regimes suffered gross injustice and shameful humiliation and yet out of bottomless vitality continued to thrive and prosecute its strike. For example, the regime of Gen. Ibrahim Babangida stopped our salaries, proscribed our union and even forcefully evicted our members from their official residences. The regime of Obasanjo stopped our salaries for eight months. The regime of Goodluck Jonathan stopped our salaries for six months. It could easily be perceived that it is several months today since the Buhari regime has stopped our salaries. But more than that, as if it is some paradoxical palliative for COVID-19, the Buhari regime has made life more intolerable for the poor by the removal of fuel subsidy and the increment of power tariffs. Comrades, let us be reminded that the stoppage of salaries is usually a ploy by the Nigerian government to impoverish ASUU members and make them miserable so that they can cower at the negotiating table. But Comrades, as you can see, our union has the capacity to endure hunger and misery. And if the inexpressible cruelties of a military junta could not stop us, the gimmicks of a civilian government will surely fail. What our great union is doing is to bring to the open a boil that can never be cured so long as it is covered up but must be opened in all its ugliness to the natural medicine of air and light. Our desire is to make university education more meaningful for our children. We may pay sacrifices in the process but we do know that: human progress never rolls in on the wheels of inevitability, it comes through the tireless efforts of men and women willing to pay great sacrifices. Fredrick Douglass, one of the most courageous fighters of the 19th century, once quipped: the whole history of the progress of human liberty shows that all concessions, yet made to her august claims, have been born of earnest struggle… if there is no struggle there is no progress.

I hope that this letter finds you strong in faith. Please be resolute and firm. My folks in the village say that: he who wants to eat the coconut should be prepared to break its hard shell. And no matter how long the night is it must surely give way to the break of day. After 60 years there is nothing happy about our independence anniversary. It is just another day of mourning, weeping and gnashing of teeth. Aluta Continua. I am sorry to have written you so long a letter.

Yours for the cause of good education in Nigeria.