US, Italian ships to participate in multi-national sea exercise

This is coming as the Defence Headquarters (DHQ) said yesterday that the United States, Italian ships and the Nigerian Navy will participate in the annual multi-national sea exercise tagged “Grand African NEMO in Nigeria.

He spoke during an operational visit to the headquarters of the Air Component of Operation Hadarin Daji in Katsina to assess the progress of operations.

Air Marshal Abubakar expressed his appreciation to the federal government for its support towards the NAF’s fleet renewal efforts which included the acquisition of eight Unmanned Combat Aerial Vehicles (UCAVs), which would soon arrive the country.

He stated that about 70 personnel, who are to operate and maintain the UCAVs, had already been nominated for training in China.

He said he would be in Gusau to discuss with the Zamfara State government on arrangements for the deployment of UCAVs to Gusau.

“These UCAVs will bring substantial value to what we are doing. The whole idea is to send the right message to Nigerians that the federal government is doing everything humanly possible to ensure that our communities are safe”, the CAS added.

Abubakar expressed satisfaction with the progress of ongoing air operations in the North-west zone of the country and pledged the commitment of the Nigerian Air Force (NAF) to sustain the intensity of operations in order to rid the zone of armed bandits and other criminal elements.

The service chief reiterated NAF’s commitment to flush out armed bandits and other criminals from their forest hideouts in Katsina and Zamfara states as well as in Kaduna, Niger and Sokoto states.

“I am very happy with what the air component has been doing especially here in Katsina as well as in Zamfara State. We have made significant progress. “We have also been able to substantially deal with the problem in Sokoto State”, he added.

He stated that the efforts would be intensified as more attack helicopters and fighter jets would be deployed in order to bring to an end the menace of armed banditry in the affected areas.

“I assure you that very soon most of these problems will be over”, he said.

Briefing the press in Abuja, the Coordinator of the Directorate of Defence Media Operations (DDMO), Major General John Enenche, said some foreign ships are expected to participate in the exercise.

“Nigerian Navy is to participate in the annual multi-national sea exercise tagged GRAND AFRICAN NEMO within the Eastern Naval Command Area of Responsibility.

“Some foreign ships from Italy and US are expected to participate in the Exercise. The ships include United States Ship HERSHEL WOODY WILLIAMS and Italian Navy Ship MARTINENGO”, he said.

He listed Nigeria ships participating in the exercise to include NNS THUNDER, OKPABANA, KYANWA, GONGOLA and NNS SHIRORO. 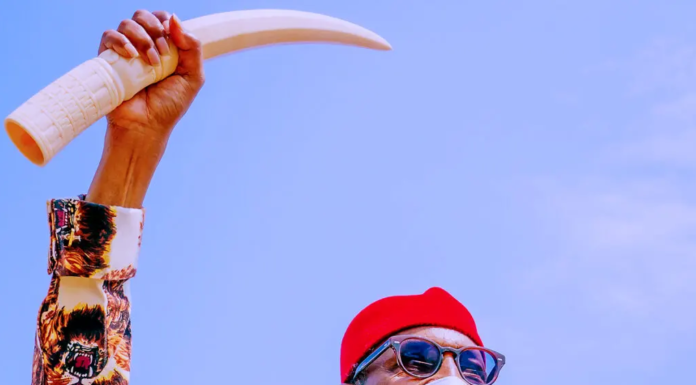