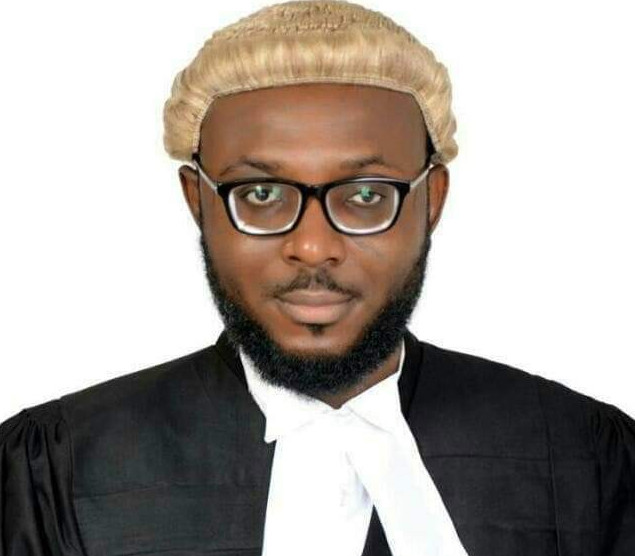 The last may not have been heard on the recent allegation of N8billion fraud levelled against the management of 1004 Estate Home Owners and Residents Association (HORA) in Lagos by the leadership of the Community Development Association (CDA) in the same Estate.

At a press conference held last Wednesday by CDA officials led by Mr. Matthew Ibadin, it was alleged among other things that over N8billion had so far been collected by HORA exco currently led by Barrister Lara Ademola; without accountability to the residents. Cases of monumental fraud were alleged against the Estate managers.

The conference was obviously prompted by an earlier one organised by the HORA leadership during which appeal was made to President Muhammadu Buhari and other well-meaning Nigerians to save them from what they described as terror unleashed by those they called electricity thieves in the Estate. The CDA chairman, Ibadin was mentioned as being the leader of the terror group allegedly aided by the Divisional Police Officer in charge of Bar Beach Police State, Isah Lawal; a Chief Superintendent of Police.

Reacting to the multi billion naira fraud allegation, the HORA Acting Chairman, Ademola told journalists in an interview at the weekend that the allegation was not only unfounded but faulty in every respect as the Estate has not generated such money under her leadership nor Exco that had existed before her tenure.

Giving an account of income generation and expenditure in the Estate, Ademola said each flat resident currently pays an annual service charge of N626,000 as against N650,000 alleged by the CDA officials and the Estate currently has a total of 1074 flats. By calculation if every apartment pays, a total of N672,324, 000 would be realised.

She however disclosed that only 85% of the residents pay the annual service charge which amounts to a little above N570million as the annual income from that source. According to her, the remaining 15% are those who default in paying their service charge. “This group of people are the ones creating tension in the Estate and leading the pack is Matthew Ibadin, a professional photographer, who is a tenant and CDA chairman in the Estate.”

Out of the money generated annually, several companies that render services to the Estate are paid certain amounts that run into several millions monthly. From statement of account made available to the press, Alphmead which renders cleaning, gardening and security services and sundry maintenance is paid a total of N176.4million annually. The company collects N14.6million monthly.

The HORA Chairman disclosed further that apart from Alphamead, other companies provide services in the Estate such as management of water plant, electricity supply, diesel supply for generators, waste disposal, elevators, security by police and civil defence, stationery supply and staff salaries.

With the average monthly expenditure standing at N73,369,846.00 it therefore means that a total of N880,438,152.00 is expended annually. This, according to Ademola, puts the Estate management in deficit as the income generated from service charge stands at N570million. Said she “with payment to companies that provide the aforementioned services, has the income not finished?”

Earlier in the day before the press conference last Wednesday addressed by CDA officials, members of the Lagos State House of Assembly Committee on Housing were in the Estate. It was gathered that their visit was prompted by a petition written by the 1004 CDA alleging among other things that snakes and rats have infested the Estate and that water in the Estate was brown in colour.

Interestingly when the lawmakers toured round the Estate no snakes nor rats were found. More so, it was discovered that the former Managing Director of Lagos State Water Corporation, Mr. Shayo Holloway is the one managing the water plant.

Though during the visit some observations that had to do with ambiguity in the records of diesel supply at the Power Plant and this ambiguity was one of the highpoints leveraged on, in the allegation against HORA leadership as the diesel supply could be a conduit pipe for fraudulent practice.

Reacting to this, Ademola told journalists that there was nothing suspicious about diesel supply since they are dealing with four reputable companies among which are Forte Oil, Oando, Bell Point. According to her “when it comes to record keeping, every company or organization has its own method or style. At the 1004 Estate, we adopt docketing style made possible by our state-of-the-art metering system in diesel supply. This system makes it possible for the actual quantity supplied to be recorded as captured by the metering system.”

Explaining this further, the HORA Chairman said that diesel was usually supplied in 33,000 litre trucks but in terms of payment, only what was actually recorded on delivery would be paid for. For example, if the quantity of diesel supplied in 33,000 litre truck is short by 50 litres and the metering recorded 32,950 litres as the quantity supplied, the shortfall of 50 litres would not be paid for.

Dismissing further, any insinuations about racketeering or use of relations in diesel supply, Barrister Ademola said that every supply of diesel since she took over leadership was monitored by her through the metering system connected to her office and only reputable companies are engaged in the supply. “This is apart from the physical presence of security personnel, operations staff and plant operators to ensure transparency.”

She added that prior to her assumption of office, payment for diesel supply was done on cash and carry basis, but since she took over, it has been done on 30 days credit basis. She explained that what led to the so called ambiguity when the lawmakers visited, was simply the inability of the plant staff on ground to provide duplicate copies of the dockets as key to the room where the file was kept was not readily available at the time of the law makers visit. Perhaps, they did not understand exactly what the lawmakers wanted.

The HORA chairman revealed that the shift in payment for diesel supply from cash and carry basis was because, cash availability was not regular. So it was quite difficult to take care of other expenses once the available cash was applied to payment for diesel on supply. She explained that the 30 days credit system was to enable them plan very well on resource allocation for other services as the Estate is made of a large number Nigerians and expatriates whose choice to live in the Estate was prompted by the availability of certain services from time.

Apart from service charge which accounted for less than a billion naira annually, the other source of income was the apartments rented out by HORA to three banks that operate ATM, a Chinese Restaurant and a school. She disclosed that since five years ago when a decision was taken to give the apartments out on rent, money realised so far had not been touched as it was agreed to be used in repainting the Estate buildings. The painting exercise is billed to take place in December this year.

According to her, an Estate Refurbishment Committee had been established in April, 2020 to work out modalities for correcting the anomalies and repainting of the Estate buildings. She added that the committee has been working with the assistance of the Nigerian Institute of Quantity Surveyors to “achieve this goal and the project is expected to commence at the end of the year.”

Among other things, the HORA Chairman said “,the battle that led to the smear campaign against the BoT and Exco of HORA began when I chose to clamp down and expose the electricity thieves and residents who refused to pay for service charge.”

She has therefore challenged Matthew Ibadin and others in his camp to prove their allegation with evidence beyond all reasonable doubt as “HORA never generated N1billion a year, not to talk of N8billion under her watch.” She is wondering where such money could have been generated.

She posited that all her arguments are backed up with documentary evidence and has declared readiness to provide the evidence to anti-corruption agencies of the state any time while her accusers should also be ready to do so.