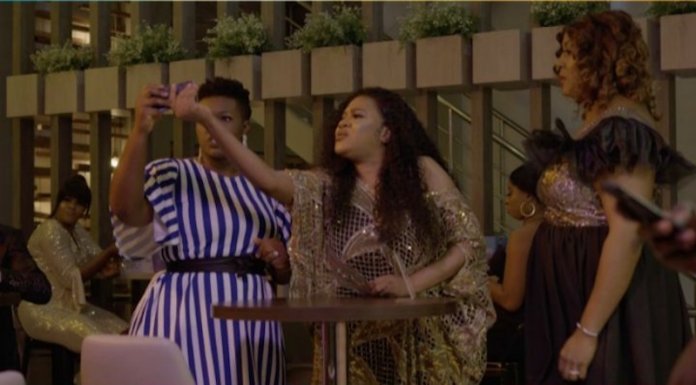 The roaring success of Toyin Abraham’s ‘Fate of Alakada’ released on Independence Day is a ray of hope to cinema operators. The film which was earlier scheduled for an April release but was postponed due to the global pandemic grossed over N28 million within four days of release according to distributors and co-producers of the film, FilmOne Entertainment. This early success defied the constraints of COVID-19 that allows cinemas to operate 33 per cent in Lagos and 50 per cent in other states as part of the government’s efforts to curtail a second wave of the disease.

The film’s opening weekend’s gross places it as the highest-grossing for the post-lockdown period, displacing films such as ‘Mulan’ and ‘Tenet’, released two weeks earlier. The performance has also secured it a place on Nollywood’s Top Ten highest-grossing for a holiday weekend opening since 2018. Only a few films share similar feats and they include ‘Merry Men: The Real Yoruba Demons’, ‘Chief Daddy’ and ‘Sugar Rush’.

“We are excited about the brilliant performance of the film so far, and optimistic that it would consolidate on this strong start to yield great numbers” enthused Head of Distribution at FilmOne Entertainment, Ladun Awobokun.

“‘Fate of Alakada’ has reaffirmed Nollywood’s potential to be the anchor we need in times like this, especially when several foreign films have been postponed.”

‘Fate of Alakada’ is the third instalment of Abraham’s Alakada franchise. It was written by Yakubu Olawale and Ozioma Ogbaji, co-produced by Mimi Bartels, and directed by Kayode Kasum. The story was developed by Toyin Abraham and the FilmOne production team. It features an array of stars including Toyin Abraham herself (who also doubles as Executive Producer and Producer), Broda Shaggi, Anto Lecky, and Odunlade Adekola. There were also cameo scenes for celebrities including Davido, Peruzzi, Swanky, Mercy Eke, Mabel Makun, Cobhams Asuquo and Funke Bucknor.