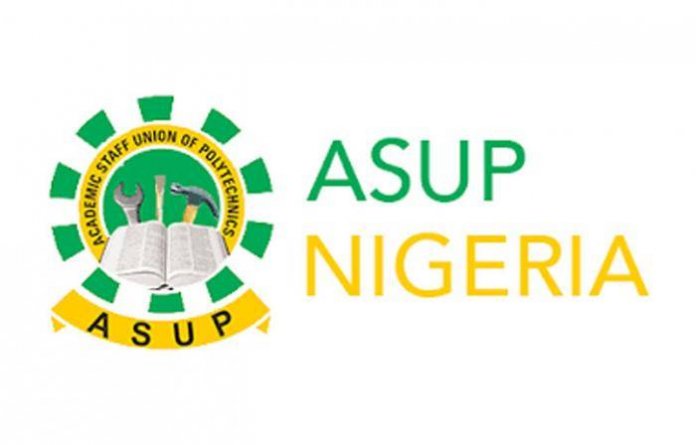 The Academic Staff Union of Polytechnics (ASUP) yesterday threatened to embark on strike on account of the challenges they are facing with the implementation of the Integrated Payroll and Personnel Information System (IPPIS).

This is coming three days after the senior staff of Nigerian polytechnics issued a 21-day ultimatum to embark on an indefinite strike if the federal government failed to address lingering issues associated with the IPPIS.

Speaking to journalists in Abuja, Ezeobe said the National Executive Council (NEC) of the union has directed various chapters to hold congresses with a view to taking drastic decisions on the way forward on the issue.

He said the union’s organs had met to review the situation regarding the way and manner the implementation of IPPIS had surcharged members of the union.

Ezeobe accused the government of insincerity, noting that it has failed to address the union’s grievances.

“The trade union is an epitome of democracy, so we are taking the matter to our congress to say, this is what has happened and the same way, we will explain to our chairmen, and they’ll take the matter back to congress and then our congress will decide on the direction to take.

“We understand that the pandemic has altered a lot of dynamics and so with the feedback we get from our members, we can come back and say, we are shutting down or giving a particular date. So we are waiting for directives that will come from our congress.”

On the proposed resumption of schools, the ASUP leader said the union would hold the government responsible “if anything happens to our members and the polytechnic community.”

He said there was nothing on the ground regarding Nigeria Centre for Disease Control protocols for school resumption.

He said, “On the issue of resumption of the schools, we have held a meeting with chief executives in Federal polytechnics, and we made it clear to them that beyond filling of forms or questionnaire, we told them that not one polytechnic is ready for safe resumption.

“It is not about filling questionnaire, any institution that claims that it is ready, it is only interested in opening to generate funds from students’ fees; none is ready, and if you’re ready, show us what you have on the ground

“And let me say it again, we are going to hold the government of Nigeria responsible if there’s any outbreak of this deadly disease in any campus of Nigerian polytechnics.”