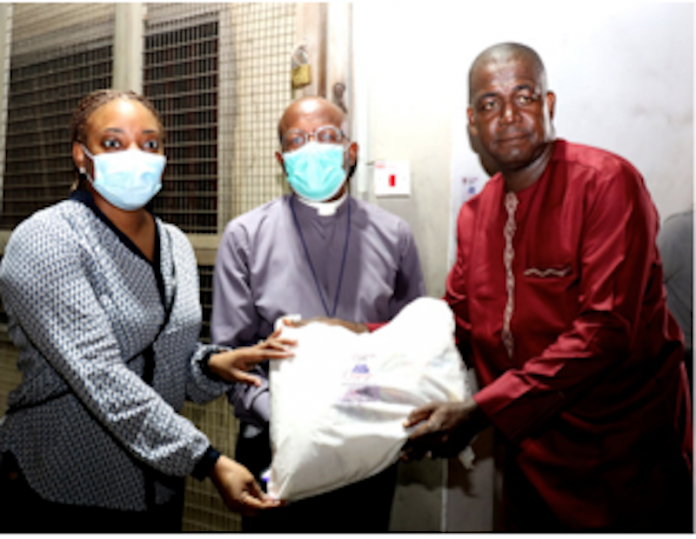 As the impact of COVID-19 pandemic is still being felt across Nigeria despite the opening of the economy, Emmanuel Chapel, one organisation that has been in the forefront of alleviating the suffering of the masses, is simply unrelenting, Chiamaka Ozulumba writes

With the effects of COVID-19 still being felt across Nigeria, one organisation that has been in the forefront of alleviating the suffering of the people, Emmanuel Chapel, has continued to maintain its momentum in reaching out to people mostly affected by the pandemic.

The church, with its parish in Banana Island, Lagos has been unrelenting in its efforts to reach thousands worst affected by the pandemic, since according to it, government alone cannot do it.
Penultimate weekend in Lagos, the church donated food items that would last weeks for over 32,000 homes and families in Southern Kaduna, Internally Displaced Persons (IDPs) in Makurdi, the people of Makoko in Lagos and Umuahia in Abia State and widows and teachers in Lagos. The gesture which brings to about 125,000, the number of people so far reached by the church in its COVID-19 response, to many observers, is simply commendable.

For many who have been following the kindheartedness of the church, this is not the first time it would reach out to thousands of Nigerians.

In June, the church donated 105 Personal Protective Equipment (PPE) to the
Armed Forces. The items, which included face-hood, surgical masks, pairs of
gloves, pairs of head covers, two pairs of shoe covers, among others, were
meant to augment the collective efforts in the country against the pandemic.

Handing the supplies to the Commander, Central Medical Stores, Nigerian Army, Col. Sylvester Anyogo, the Chaplain of the church, Prof. Konyin Ajayi SAN, said the church chose the Armed Forces because they are important in the affairs of the country from the creation, and served the citizens in very many ways. He added that the military consists of people who have sacrificed all they have to keep Nigerians safe, secure and to ensure that the economy remains prosperous.

Ajayi, who is also a Senior Advocate of Nigeria (SAN), noted that not only have men of the Armed Forces helped in no small measure to ensure that the country is united, they have also contributed immensely to the tackling of unseen war caused by the pandemic by rising to do what they do best because they are the ones fighting all the wars.

At the presentation of the 105 PPE to the Armed Forces, the church gave out packs of food items that could feed over 6,000 homes to Kano, Edo, Ekiti, Ogun, and Lagos states for distribution to ease their suffering. While each of the states got 1,000 packs, Lagos got 2,000 packs. Each pack of food can feed a family of six for five to seven days.

At the beginning of the pandemic in March when Lagos had only three respirators, the church gave the state six respirators. Other items which were received by Governor Babajide Sanwo-Olu himself included four beds, gloves and masks.

The neighbouring Ogun State was not left out as many hospital equipment and PPE were donated for their use to tackle the pandemic.

For those who were on ground to witness the presentation of thousands of food items to representatives of the various organisations and people who in need of the items, they were shocked to see the heaps and how many the foodstuffs were.

One of the representatives, who expressed appreciation to Emmanuel Chapel, told THISDAY that he was overwhelmed by the gesture.

Particularly touching were the people of Southern Kaduna and the IDPs in Makurdi. These are people who have practically lost everything they have worked and lived for due to frequent attacks by bandits and herdsmen. Not only have lost their houses, monies, foods, clothes, farms, furniture, cars, motorcycles, many have also lost their breadwinners including their fathers, mothers, spouses and children. With nowhere to sleep, they are forced to stay in IDP camps with little or no assistance from the government, well-meaning individuals and organisations.

Their representatives specially thanked Emmanuel Chapel, a faraway church in Lagos, for remembering them when churches in safer towns and states around them are unconcerned over their plights.

Prof. Ajayi said his church was basically doing what the Christian faith was all about, which is ensuring that people love their neighbours as themselves.

Ajayi prayed for the pandemic to end quickly, while also advising Nigerians to always ensure they stay safe. He also asked the governments to come up with urgent plans that would alleviate poverty.

A member of the Relief Committee of the church, Olu Verheijen, said the idea for the palliatives was to be of service to other people in this trying time. She said the church was sure of what the health impact of COVID-19 would be in Nigeria and what economic impact would be for the masses, hence the intervene. “So this is the last batch; and we are spreading it across the country. We started out in the South-west –Ekiti, Lagos and Ogun States, and as you saw today, this is going mostly to the North and the East –Benue, Kaduna, places in the East –Imo, Umuahia and few other places like that.”

Verheijen said: “The point of distribution and accountability was very well considered when we were designing this programme and we chose partners that have a track record in delivering to the last mile; who have been organising and reaching out to these very vulnerable communities for years and have a good track record around accountability and transparency. So those are the channels that we use as partners. If you check for most of the places like Ekiti State and a few other places like that, the packages did get to the communities that were intended to get to.”

The various groups which benefited from the palliatives, thanked the church for the kind gesture. They noted that why the gesture was particularly appreciated was because it came from the body of Christ.
For instance, receiving the items on behalf of the Southern Kaduna people, their representative in Lagos, Rev. Andrew Duyo Abu, said he was happy, adding the donations show that people have sympathy and empathy over their plight. He promised to ensure that items would be judiciously distributed. He also expressed gratitude to the church for its kind gesture.
“We are really delighted and happy that Emmanuel Chapel under the leadership of Prof. Ajayi, deemed it fit to give this contribution to us. And I am particularly happy being a donation that is coming from church to the people. I’m so happy that the church is giving this palliative for the purpose of alleviating the suffering of the people dealing with COVID-19,” he said. 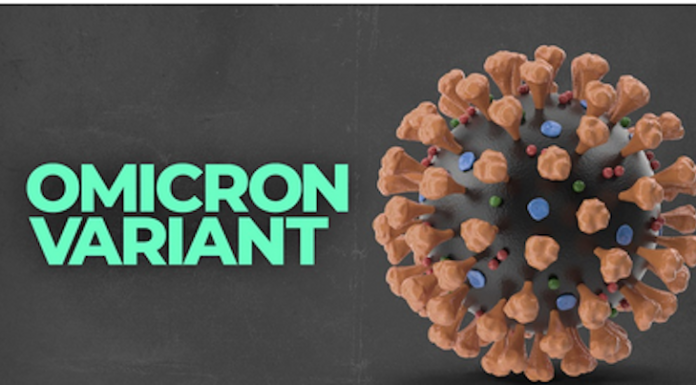