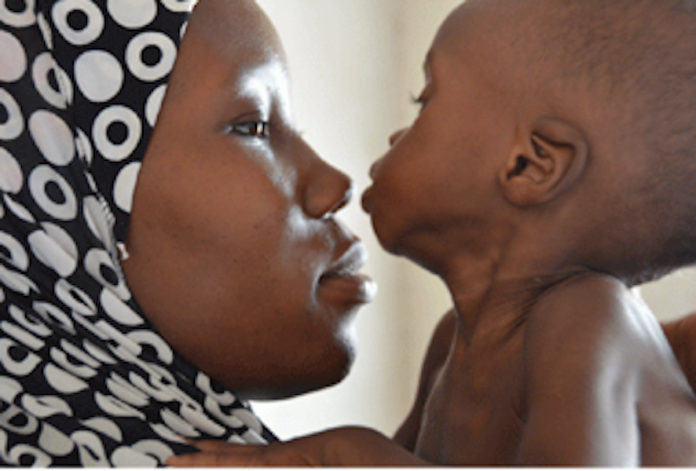 A woman my age, had she lived in Nigeria 500 B.C, might have been nearly a half a foot shorter. She might have had children, but being in the reproductive age, might still be expected to have some more. She would have had nutritional requirements that covered her need to function with the right energy levels, but also to possibly have a few more children, continuously retain skin and muscle repair, and avoid bone loss and de-mineralization as she moves into her post-menopausal stage.

Just like me, she would have been challenged to provide adequate nourishment, not just for herself, but for the rest of her family. Had she been knowledgeable about protein as a food type, she might have undervalued its place in her nutrition, as it might not have given her the immediate energy source as other starchy foods might, but this would have been an essential mistake.

Balancing the nutritional requirements needed in the domestic home is a challenge that is thousands of years old. Even today when humans have more knowledge about how food, calories, growth and development works, the quest to balance this knowledge with food production, access and security, remains a never-ending task.

Carbohydrates, proteins, healthy fats and minerals all have their place in what should be the healthy diet composition of human beings. Some food classes have
been prioritised over others in many homes.

Globally, protein malnutrition is an insidious aspect of under-nourishment because to the consumer, this class of food does not provide the quick energy that Carbohydrates do. Protein foods are considered as “second best”, or only an accompaniment to the main meal, often of a starch class.

How have nutrition policies solved problems in the past?
Today’s human is better off than that woman. As human societies grew and technology improved, food production and access became less of an individual matter. Governments became more empowered to be able to pull collective efforts together, improve the individual’s chances at food access, and therefore improvements in food security, for their citizens.

So much so, that to achieve globally determined goals on nutrition, health and well-being as an end to poverty, national food planning is an essential part of what many governments all around the world do. National nutritional policies arise from the need to target measured problems like household food security, under-five malnutrition, maternal and child health, infectious disease prevention, amongst other national indicators.

Global health is essentially the health of its individual nations. The overall desire to improve the nutritional health of the citizen has meant targeting the base problems that exist in a country with its specific solutions.

A nutritional policy could target the public’s access to information about a nutrition-related health condition; e.g. WHO multi-country collaboration on protein-energy malnutrition in children. It could be about the benefits of consuming certain foods e.g: the United States public-private collaboration to influence the increase in public dairy consumption: “got milk?”

Nutrition policies have also targeted fortification of foods with minerals, to increase the public’s consumption of such nutrients through eating foods rich in them, and many examples of these exist in global health.

Wheat flour fortification program in Jordan was implemented from 2002. The staple flour was fortified with iron and folic acid. From 2006, other micronutrients such as zinc, niacin and vitamins A and B were also added to the wheat fortification. Today, the fortified wheat, through the government program, constitutes 92.5 per cent of wheat flour products in Jordan, ensuring its availability nationwide. To ensure also that the fortification program succeeds, the wheat is also subsidized to make sure that as many households as possible can afford it.

In Vietnam, iron-deficiency anaemia was targeted by delivering iron supplements, especially to women of childbearing age as a response to national surveys which identified anaemia as a prevalent national problem in that country. The supplements were delivered through the village health worker directly to the women, alongside de-worming medication.

The Protein Problem: A Look at the Nigerian Food Plate

Protein malnutrition and under-nourishment in Nigeria can be demonstrated from the successive national surveys done in both the adult and children population. Many argue that both stunting and protein-energy malnutrition figures in children and underdevelopment chronic anaemia in adult females, can be attributed to the poor diet of Nigerians, which includes poor inclusion of protein sources.

Data also extracted from the Nigeria Protein Deficiency Report 2019 also states that about 51 per cent of the survey respondents did not have access to protein-rich foods because of the costs.

How to effectively target the surveyed points:

To design an effective nutritional protein policy, the following watershed barriers should be targeted in a multi-pronged approach:

Education/ information: public knowledge and education about the benefits of protein should not be limited to school education and theory only. Re-learning and a lifelong familiarity about proteins’ benefits to the home-maker should be continued in public spaces like hospitals, primary health care centres, community centres and even in religious centres. Human education can be carried out by nurses, community health workers and community leaders.

Availability/ supply chain: Supply chain support can be entrenched by import/export policies that prioritise protein-rich foods. Agricultural and food production policies can also support farmers by way of fertiliser and farm-to-market transport subsidies or government-initiated protein produce purchase. This will encourage farmers to produce protein-rich plants and animal farmers to be able to produce proteins at a cheap-enough rate for the public to purchase and consume.

Affordability/ price/subsidy: Product availability will, through market forces, drive down the protein product cost and address price. However, to further ensure household affordability, subsidies can be used to further cheapen the price of the protein foods to a price point that can easily be afforded by household planners and providers.

Lessons learnt in global health, especially from developing nutritional policies in lower to middle-income countries, show that applying a multi-pronged approach to guide implementation gives the most lasting and sustainable results.

This means that to tackle stunting, malnutrition and protein deficiency through household food improvement, the policy must aim to tackle protein information, protein availability, protein affordability and protein price.

… Dr Adeniran is a clinical and public health physician with a career in global health policy development for LMIC. She is the Nigerian National co-Chair of Women in Global Health