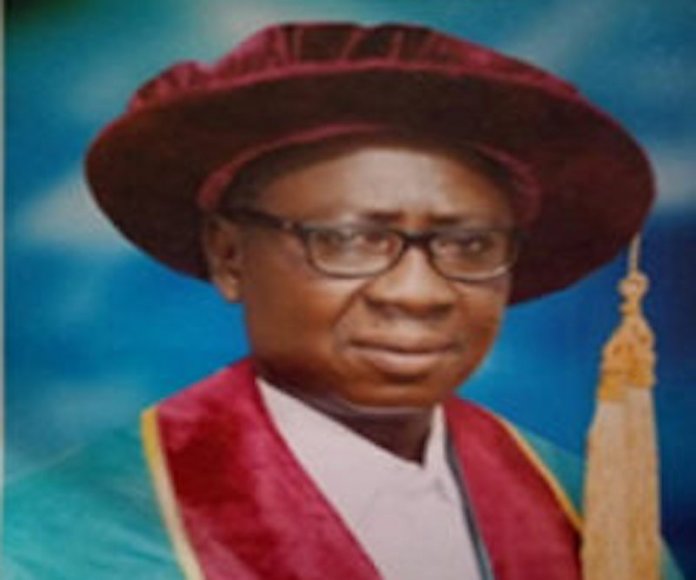 A former Vice-Chancellor, Fountain University, Osogbo, Osun State, Professor Bashiru Raji has called on the federal government to accede to the call by stakeholders in the education sector by allocating 26 per cent of the national budget to the sector.

He said such a step would go a long way to address the decay and decadence in the quality of education in the country.

Raji, who teaches at the University of Ilorin, said this in Ilorin, while speaking on Nigeria @60 and the state of education in the country.

According to him, “I think we have made some gains and there are other areas that will need to improve upon. If we look into the area of access to education, we say we have made some gains, starting from University of Ibadan in the 1940s, the only one in the country, to the current over 100 universities in the country, spread across all local government areas, states and in all the senatorial districts of the country.”

He said: “In terms of quality, the answer is yes or no, there has been a shift from what people considered, lets say quality in the 60s, the ability to speak good English, the ability to memorise Latin, all these are considered as quality of education, but in the 21st century, I will say there is a lot of improvement in terms of ESTEEM.

“So when we look at education in last 60 years, we have grown, but can we say we have developed, yes, to some extent, but there is a lot to be done. In the 60s, in the 70s when I was in school, the facilities we had in Ahmadu Bello University were the facilities in the University of London, but can we say it is the same in the 1920, definitely no, the resources spent by the government has actually declined a lot, so there is decay in the infrastructures.

“Although the manpower has increased, student enrolment has increased, but it is not matched by the number of infrastructures to go by, how many students, how many microscopes we have in the laboratory is it one to one, is it 60, no. So in some areas, we have gains, in other areas, there is need for improvement, especially in the infrastructure, laboratory, and library, but in terms of access, in terms of manpower development, yes.

Raji, who is the President of the Soil Science Society of Nigeria, added: “The government are politicians, in most cases, they establish university without due process, without recourse to the resources available. University is not like secondary schools, you have to think of students teacher ratio.

“The NUC which is the government regulating body of establishing universities in the country, stipulated you have 1-10, 1-15, but what we have in some universities is 1-50, 1-100, and when you have one lecturer who is in charge of 100 students, I want to say that the quality will not be the same, like Harvard University that has a ratio of 1-6, Harvard has a ratio of 1-8, and for us to reach that level, government must actually put a lot of investment in education.

“ASUU and other stakeholders always canvassed that our education budget must be 26 per cent of the national budget, once we don’t do that I think we will continue to have a decay and decadence in the quality of education in the country, but other people of the country are trying with the entablement of private universities, I think things are getting better, but because of high tuition, access is not as high as planned in the national education policy.”

He therefore called on the government to look into the budgetary allocation to the education sector so as to address the decay and decadence in the quality of education in the country.