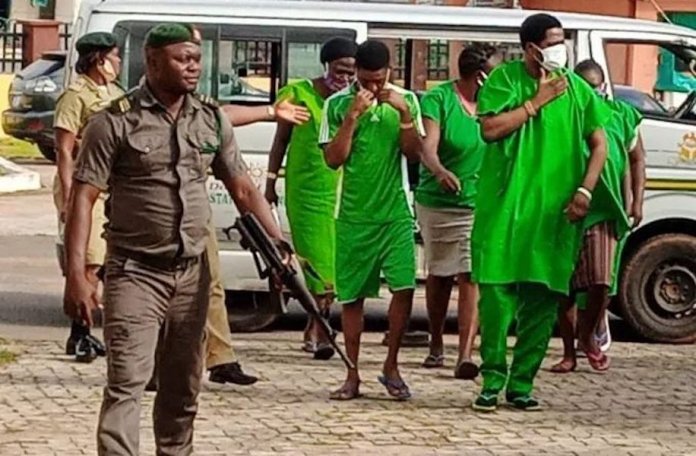 Kolawole got missing from the Church, located at Oshinle area of Akure, the state capital in November last year sequel to which the convicts were arrested and prosecuted.

The convicts were sentenced by Justice Olusegun Odusola, on a two-count charge of conspiracy as well as aiding and abetting kidnapping.

According to the trial judge, the accused persons were convicted based on the circumstancial evidence presented by the prosecution.

However, the court discharged and acquitted the 7th defendant, Peter Anjorin, for lack of substantial evidence fon the part of the prosecution.

Anjorin was accused of destroying evidence contrary to and punishable under Section 123 of the criminal code of Ondo State 2006.

Reading the jugement, Odusola who condemned in strong terms the complicity, connivance and compromise of the Ondo State Police Command in the whole saga, stated that the lackadaisical attitude of Prophet Alfa was a pointer to his involvement in the disappearance of the missing child, Gold Kolawole, from his church in November last year.

On the first count charge, the Prophet and the five church workers were sentenced to seven years imprisonment over conspiracy to commit felony to with aiding and abetting kidnapping while life imprisonment were handed over to them on the second count charge for aiding and abetting kidnapping contrary to and punishable under the Section 5 of the Ondo State Anti-kidnapping and Anti-Abduction law 2010.

Kolawole got missing from the church on November 4, 2019 during a Sunday service, which later led to the burning of the church by angry mob on Wednesday, December 18, 2019.