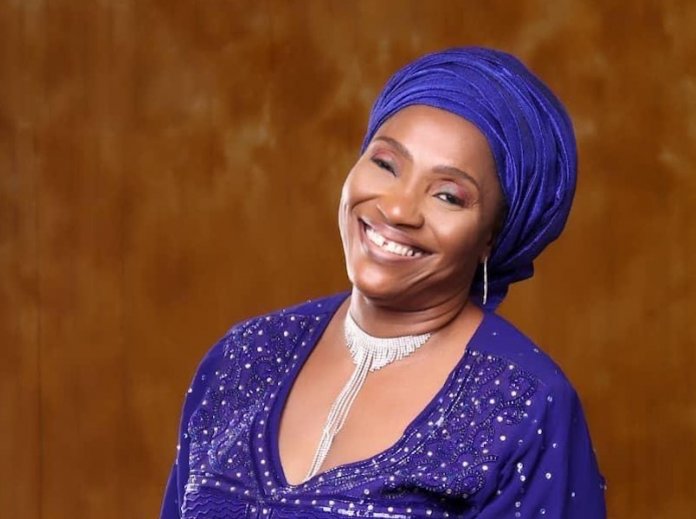 Rebecca Ejifoma reports that despite the Abolition of Slave Trade Act in the 19th century, the menace has diversified through disguised forms like irregular migration, racism, servitude and discrimination. Worried by this ugly trend, experts recently called for rigorous public enlightenment among youths, stringent legal and non-legal actions to expunge the inhumane act in Africa

It was a virtual room filled with experts and scholars like the Chairman, Centre for Black and African Arts and Civilisation (CBAAC) Board, Abom Tony lbana Esu; the Chairman of the day, Prof. Duro Oni, Department of Creative Arts, University of Lagos; the Guest Lecturer and Dr. Adetunji Ogunyemi, Head, Department of History, Obafemi Awolowo University (OAU) Ile-Ife, Osun State; the panelists l, Lagos State Zonal Commandant, NAPTIP, Mr. Daniel Atokolo and the Head Department of History and Diplomatic Studies, University of Abuja, Dr. Philip Afaha among other members of CBAAC management and invited guests.

The theme that bound the course of the public lecture was, ‘Contemporary Enslavement and its Implications for Africa’s Development’. It attracted participants, who trickled in in twos and multiples to find a common ground on a soothing balm to modern day slavery.

Welcoming the participants, the Director-General, CBAAC, Oluwabunmi Amao (FITP) said the lecture sought to draw their attention to some of the teething issues bedeviling Africa, and the need to chart a new course for the development of Africa.

Ironically, while the lecture was in commemoration of the 2020 United Nations Educational, Scientific and Cultural Organisation (UNESCO) International day for the remembrance of Slave Trade and its Abolition, participants bemoaned the resurgence of slave trade among Africans, by Africans and to Africans.

With this knowledge, Amoa noted: “As you are aware, 23rd August of every year is set aside by the UNESCO to commemorate the anniversary of the 1791 uprising of enslaved men and women in the western part of the island of Santo Domingo, the present day Haiti.

“Undoubtedly, the revolt triggered a shockwave that has set the course of peoples’ liberation struggles and of human and civil rights movements for over 200 years. This efforts still crystallises the issues, concepts and principles with which it is essential to be familiar with in the present fight against modern day slavery and all forms racism and discrimination.”

Harping on, the DG decried that it is, indeed, a reality that slavery did not end with the abolition in the 19th century. “Instead, it changed its forms and continued to harm people in Africa and other parts of the world.

“It is instructive to note that today, slavery is less about people literally owning other people although that still exists but more about being exploited, decimated and completely controlled by someone else, without being able to leave. Hence, the need for awareness on the matter as a sure way for its eradication.”

She further said it was pertinent to draw special attention to the recent menace of irregular migration to Europe across the Sahara desert and the Mediterranean Sea in the guise seeking for “greener pastures” which is predominant among the youthful population on the African continent.

More often than not, she continued that migrants see their European dreams botched and turned into nightmares long before they even get to their intended destinations.

The host, however, cited recent reports about Nigerians and other migrants in Libya and other parts of the world, which reveal that that their experiences are nothing short of a modern-day slave trade and slavery, as they are often treated as mere objects and traded as commodities.

It was for this reason that CBAAC mobilised and sought the participation of the youth in this webinar to create the much needed awareness among the young ones.

“As a Pan-African Cultural Institution, CBAAC wishes to use this platform and opportunity to condemn in the strongest terms, recent surge in racism against Blacks and People of African descent across the globe, that tends to suggest the superiority of one race over another,” she added.

In a clarion call, Amao said the global community needed to stand and work against all forms of slavery, servitude, racism, prejudice, racial discrimination and social injustice; and to affirm the universal principles of human dignity, freedom, and equality.

Quickly on the heels of her welcome address, the guest lecturer, Ogunyemi, advocated the use of both legal and non-legal solutions like economic intervention-training and skill acquisition; political Intervention-deliberate government effort at job creation.

Others are public enlightenment on the sufferings of the enslaved abroad; education-re-orientation and value inculcation in the youth; and CBN & BoI Monetary Intervention-Agric-loans for job creation supported by the CBN, support for MSMEs.

He blamed poverty in many African countries, human trafficking, greed and ignorance, unemployment, unbridled migration across the Sahara and the Mediterranean Sea, war and political instability in many African states, failure of governance in the area of immigration controls violent conflict as solely guilty of modern day slavery.

The guest lecturer, who told participants that the word enslavement is derived from the word slavery, means to subjugate a person unreservedly, dominate a human being absolutely, violate a person with impunity, deprive deliberately, force to work and labour without remuneration, take away the right to liberty, and freedom of action and wellbeing of a human being.

“Enslavement is, indeed, the peak of absolute use of power without conscience and consideration for common humanity,” he hinted.

On Modern Slavery and Enslavement in Africa, since the 1980s, Ogunyemi noted that modern slavery and enslavement is the illegal subjugation of any person or country to the absolute control of a master either physically or otherwise.

“In modern slavery, unlike ancient slavery, the act is illegal, most often, modern slavery is surreptitiously done either by trickery, deceit or sheer ignorance or collaboration of the victim. Modern slavery can be more fundamentally depriving of the right to freedom as majority of it is done undercover or deliberately overlooked by law enforcement agents.”

He lamented that not less than 300,000 Africans are trafficked every year.

Africans prone to such enslavement, Ogunyemi listed, are undocumented migrants, sexual workers, the gullible and the ignorant, spendthrift and pathological borrowers, gamblers and the greedy, hard drug users and dependents, as well as heavily indebted countries.

In his presentation, the erudite lecturer highlighted destinations of modern enslavement of Africans including, Italy, as sex slaves; Lebanon as domestic and sex slaves; Dubai as factory and construction slaves; Spain, as farm slaves; Oman, as organ harvest and sex slaves.

Others are Qatar, where Africans are taken as sex slaves and organ harvest; China, factory slaves and guinea pigs for pharmaceutical tests; Saudi Arabia, as domestic slaves; Libya, as sex slaves, human shield during war; and Sudan as domestic and farm work, mining slaves.

According to Ogunyemi, the implications and evils of modern enslavement for Africa, include total loss of respect by Africans (especially the black skin) in the comity of nations, depopulation and loss of skilled personnel to menial jobs abroad, dehumanisation, abuse and molestation of the enslaved, disease contraction and spread, forced prostitution, forced organ harvest.

To ensure total freedom from the dehumanising act on Africans, Ogunyemi implored, “freedom, the first rule of humanity; contentment, a great gain; to be lean in resources but free of subjugation better than to be fat in provisions but bound in chains.”

He condemned enslavement of a human person as not only a crime against humanity but a sin before God. “A mind that knows is a mind that is free,” he warned.