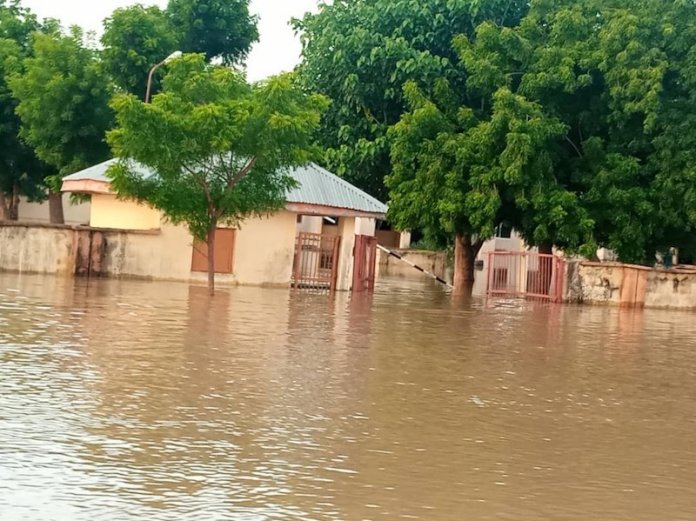 No fewer than 22 persons are still missing in the flood that wreaked havoc on Jibia Local Government Area of Katsina State in 2018, the state Commissioner for Environment, Hamza Suleiman, has revealed.

The commissioner, who disclosed this during a ministerial briefing with journalists at the Government House, Monday, lamented that two years after the occurrence of the natural disaster, 22 victims are still missing despite efforts to know their whereabouts.

The flood, caused by torrential rains on Nigeria’s border town with Niger Republic, killed more than 52 persons and destroyed thousands of houses, according to the State Emergency Management Agency (SEMA).

Suleiman said: “After the occurrence of the flood in Jibia town two years ago, 22 persons are still missing. The flood claimed over 50 lives and destroyed houses and properties worth billion of naira. Many domestic animals were also lost in the disaster.”

He said the state government in collaboration with the World Bank has since commenced the construction of storm water drainages, culverts and water diversion channels in the town to avert future occurrence.

He maintained that the Governor Aminu Bello Masari-led government has engaged the services of a consultant that produced the design of the first phase of the project at the sum of N662 million.

Suleiman added that the development of designs for the construction of flood and erosion control structures in 105 sites across the state had also been completed at the cost of N150 million and handed over to the World Bank for approval.

He affirmed that the state government awarded the construction of Katsina, Funtua and Malumfashi towns storm water and drainage management scheme at the cost of N67 million, saying work has commenced in August 2020 and will last for 18 months.