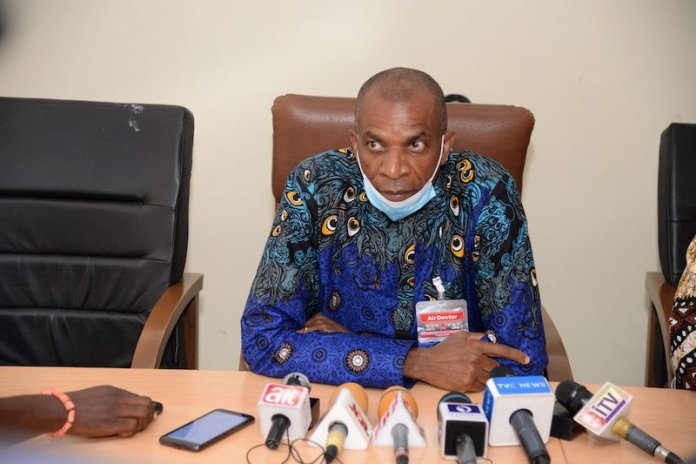 Edo State Chairman of the Peoples Democratic Party (PDP), Dr. Tony Azegbiemi yesterday disclosed that his party would formally write the Independent National Electoral Commission (INEC) to conduct by-elections into 14 seats in the state House of Assembly, which were declared vacant in December 2019 by the Speaker, Hon. Frank Okiye.

This is coming as the candidate of the All Progressive Congress (APC) in the September 19 governorship election in the state, Pastor Osagie Ize-Iyamu yesterday dismissed claims in some quarters that he is downcast over the outcome of the election which was won by Governor Godwin Obaseki of the PDP.

Speaking on a live TV programme, Azegbiemi said the affected constituencies were being denied representation in the state House of Assembly.

He said: “We are very worried because about a million people have lost their voices in the house of assembly; their voices are not being heard; nobody is talking about them; nobody is representing their interests. We are worried about it is because these are people that voted for the party; they voted for the governor in the last governorship election and we want them to be represented in the house of assembly and apart from the demand we are making now for INEC to commence the process; we are going to follow it up with a letter as a party; we are going to write INEC officially to carry out its constitutional responsibility by conducting election into this 14 constituencies.”

Efforts to reach the factional Speaker, Hon. Victor Edoror were not successful as he did not pick repeated calls and same for one of the members of the factional assembly, Hon. Washington Osifo.

But an aide to one of the members who refused to speak officially said “You cannot declare a seat that was not occupied vacant because it was not occupied in the first place; so, how can you declare it vacant? They are just making noise. It is an issue already in court.”

Meanwhile, the candidate of the APC in the September 19 governorship election in the state, Ize-Iyamu yesterday dismissed claims in some quarters that he is downcast over the outcome of the election which was won by Governor Godwin Obaseki of the PDP.

Ize-Iyamu said he had chosen instead to express gratitude to God and the people of Edo State for the election, as well as immensely thank supporters and those who assisted him.

Speaking at a Special Thanksgiving Service held at the Redeemed Christian Church of God (RCCG), Soul Winners Assembly, in Benin the state capital, he said God expects man to offer him praises in all situations.

The APC governorship candidate, in his sermon titled “Utilising Opportunities”, said every opportunity must be seized to achieve an aim.

On the outcome of the election, Ize-Iyamu noted that defeat was an imagined state, insisting that he had not felt defeated.

He however admonished his supporters not to allow the seed of defeat germinate among them, as God has decreed that all the “earth is theirs”.

He encouraged members of the church to heed God’s caution in Thessalonians 5:16-18 that true believers do not “give away to grief’, ‘rejoice evermore’ and ‘pray without ceasing’ as he (God) only can determine the future.”

The Edo State Regional Pastor of the RCCG, Professor Dele Balogun, also urged supporters of Ize-Iyamu not to lose focus as God may allow them to lose a battle and later win the war to test their faith.