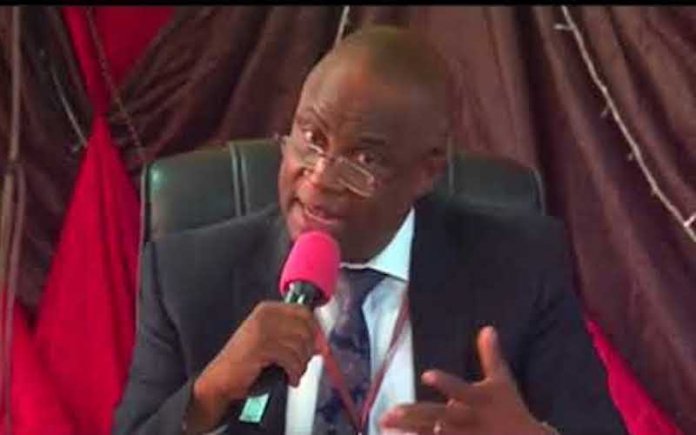 The Partner, DNA Capital, Charles Iyore, has stated that the failure of commercial capital was key to the economic challenge facing present Nigeria.

In his message from England to mark Nigeria’s 60th Independence Anniversary, Iyore noted that whether commercial capital was introduced by singular private treaties, wholesale privatisation or the introduction of competition by deregulation, the expectation was that there would be significant improvement in service delivery, price benefits for consumers and healthy profit profiles.

He, however, regretted that those benefits had not fully accrued to the nation, as shown, “in the private treaties, as with the steel plants and rolling mills, or with the National airline carrier; in the wholesale privatization programme, as with the power companies, telecoms etc. which have all left a lot to be desired and; in sector deregulation, as with the banks and the insurance companies, which are yet to bring home the bacon.

“So why has the introduction of commercial capital to national enterprises not brought in, the expected benefits?”

He said the National Council on Privatisation (NCP) had superintended the introduction of commercial capital into state enterprises for quite a while with every sale of national assets, arguing that the efficiency of the entities had dropped, the price benefits to consumers minimal or none at all while many were no longer profitable.

According to him, if the NCP has always wrongly introduced commercial capital to our national enterprises, then we are stuck at this point of the curve and our development is arrested.

Iyore said: “If these are the details of the asset sale contracts, the performance can also be further affected by a weak currency strategy. A situation where the exchange rate mechanism has come out with predictable outcome over thirty years, and in one direction –dropping, means that the market price discovery mechanism is seriously flawed.

“Fear is the prevailing emotion of the economy and all who run services or production with significant global inputs are on a hiding to nothing.

“The airlines, in particular, cannot be competitive as their components, in parts and services, require foreign exchange, while their revenue streams are largely in local currency. Attempts to address these challenges in many industry sectors, including government as a sector, is what has led to the multiple exchange rates’ administration of the Central Bank.

“With every cycle of these adjustments, the treasury is further subsumed into the Central Bank. Just like we (Gain and Prospects) asked in 1988, can the economy run only on a liquidity anchor?”

He added that in jurisdictions where commercial capital had disciplined state capital, as in Dubai, Singapore Indonesia and South Korea, the flow of global capital was steady and assets created often posted healthy profits.

In some of these countries, according to him, the discipline of state capital exceeds that stipulated by in-flowing foreign commercial capital.

He stated that Nigeria can only keep to a good growth curve, the mainframe indicated by the country’s macro-economic indicators were maintained.

“There is a lot of patient growth capital in the world looking for good quality assets. From the speed with which our pension assets have grown, you can imagine the size of pension assets around the world which has been aggregating for much longer periods.

“Access to these sources of patient capital will however, be affected by our demonstrated ability in managing domestic commercial capital flow. This is where our capital markets must come in with a departure from cloudy linkages of the past, and an ordered engagement with local capital,” he further said.