Pending the return of a bullish run in the capital market, the Bureau of Public Enterprises (BPE) is set to list no fewer than four privatised firms on the market. Director-General of BPE, Mr. Alex Okoh, disclosed this in an interview with THISDAY to mark his 60th birthday, which coincided with Nigeria’s diamond independence anniversary. Okoh said the listing was a way of encouraging wider public participation in the acquisition of government assets.

The head of the privatisation agency also disclosed that it had secured the approval of the Federal Ministry of Finance, Budget and National Planning as well as the Central Bank of Nigeria (CBN) to float the proposed NIPOST Microfinance Bank, a subsidiary of the unbundled Nigerian Postal Service (NIPOST).

Although Okoh did not divulge the identities of the entities slated for the capital market through public listing, THISDAY gathered that some of them were in the petro-chemical sector.

The BPE director-general said regarding the planned public listing, “I think that is the ideal situation. As far as I am concerned, ultimately, we have to be encouraging wider public participation in the acquisition of government assets – what you call the national patrimony.

“That is one of the best ways in which every citizen will feel that privatisation has been fair to them. If you’re able to buy, may be 1,000 units, as your resources can afford you in a national asset that has been privatised, then you feel a sense of common ownership of the privatised entity.

According to him, “Share prices have fallen significantly. So, it’s a matter of timing. Some of those privatised entities we will take to the capital market, but we are being watchful of the appropriate time to take those assets to the market so that they can get good value and not the depressed value that the market currently has.

“We tried a test case with SAHCO (Skypower Aviation Handing Company) about 18 months ago. The response wasn’t too encouraging, and for us, it was a reflection of the kind of appetite that investors have for the capital market right now. Although, we have listed some entities that we should be taking to the capital market, we want the market itself to recover before we bring those enterprises to the market.”

Noting that it might be premature to name the companies slated for public listing, Okoh stated, “But we have at least four of those companies that are ready to come to the capital market. So, we don’t want to pre-empt the market.”
He explained that the BPE was already in consultation with the relevant stakeholders and agencies, including the Securities and Exchange Commission (SEC), the Nigerian Stock Exchange (NSE), and the stockbrokers’ association, “For them to understand that we will bring these enterprises to the market once the market shows signs that it could adequately provide value for the stocks.”

On the proposed NIPOST Microfinance Bank, he disclosed that it was one of the later companies that would go into operation among the unbundled entities.
Okoh said, “For the microfinance bank, we have just gotten the approval of the Federal Ministry of Finance, Budget and National Planning to go ahead with the incorporation of the bank, and we have also just gotten what you can call a sort of indicative approval from the Central Bank of Nigeria with regard to what it will require for the central bank to grant a licence – the National Microfinance Banking Licence – to NIPOST.

“So, we are putting all of those things in place to be able to comply with the requirements of the CBN and for the bank to go operational. We believe that will come on later in the year, perhaps, ending, early or mid next year.
“We envisage that maybe before the end of the year, NIPOST Property Development Company, the first subsidiary company, should be able to go into operation. Also, NIPOST Transport and Logistics Company should also be able to go into operation.”

Okoh further disclosed that BPE was collaborating with the Federal Ministry of Health for health sector reforms that would usher in universal health coverage for all Nigerians in the formal and informal segments of the economy.
The coverage, which is likely to subsume the National Health Insurance Scheme (NHIS), he stated, would bring an end to out-of-pocket medical expenses.

The director-general explained, “That is going to be a major reform. You know we have carried out several sectorial reforms before. We reformed the pension sector such that you now have a contributory scheme through which workers can look forward to a decent retirement arrangement post-service. We’ve done several sectorial reforms in the past. For me, the health sector reform is essentially important, because, like they say, a healthy nation is a wealthy nation.

“Now, you don’t want a situation, where people fall sick; your citizens fall sick and the question of who survives depends on how wealthy or how that particular individual can afford the medical aid or treatment that they need. Most advanced countries have moved beyond that. The decision to fall sick is not made by you, so it should not be left to your own capacity or affordability to be able to determine whether you survive that sickness or not.

“That is what the health sector reform programme that is being anchored by the BPE and the Federal Ministry of Health is geared towards. We want to be able to provide universal health coverage and access to every citizen of this nation in such a way that they don’t have to bother about paying for the care.

“It will be based on single payer system, which means that the federal government, through a particular agency, will be responsible for paying for the health care of every citizen, who needs it. So, access to medical and health treatment and intervention will no longer be dependent on whether you are rich or whether you are poor. We are going to, more or less, aggregate the services and aggregate the payment system or the process for that particular service.” 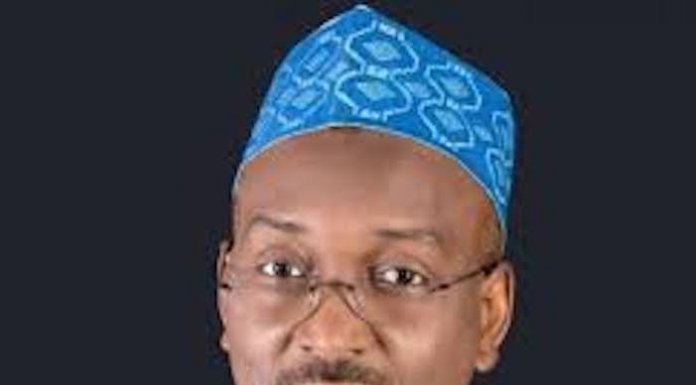