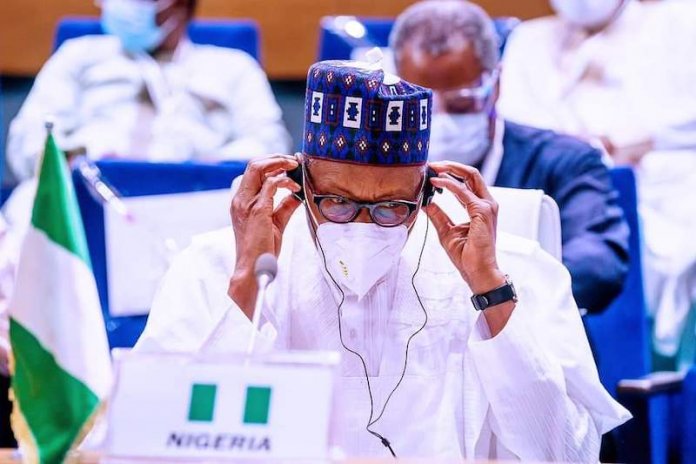 Speaking in a video-message to a United Nations (UN) high-level meeting in commemoration and promotion of the International Day for the Total Elimination of Nuclear Weapons, Buhari restated Nigeria’s commitment to peaceful deployment of nuclear energy.

The president, according to a statement by his spokesman, Mr. Femi Adesina, expressed concern over the ‘‘slow pace’’ of disarming and decommissioning existing nuclear facilities by states which possess nuclear weapons.

”We are concerned about the slow pace of progress by nuclear-weapon states to accomplish the total elimination of their nuclear arsenals, in accordance with their legal obligations and undertakings under Article VI of the Non-Proliferation Treaty (NPT),” Buhari said.

Buhari canvassed the need for the UN to continuously engage states with nuclear weapons to speed up efforts in disarming and decommissioning their existing nuclear facilities, insisting that their total elimination remains inevitable.

”The best approach to avoid damage associated with nuclear materials such as humanitarian crisis, accidents, disasters and criminality is the total elimination of nuclear weapons,” he said.
According to Buhari, the universalisation of NPT depends on strict compliance with its three pillars, which he listed as disarmament, non-proliferation and peaceful deployment of nuclear energy. He implored other member states to ratify the treaty, noting that Nigeria had played major roles in different negotiations which he said heralded the African Nuclear-Weapon-Free-Zone Treaty (Pelindaba Treaty). Pledging continuous efforts to ensure other African states abide by tenets of the pelindaba treaty, Buhari said world leaders must remain committed to global peace and security.

”We will continue to galvanise other African States to abide by the tenets of the Pelindaba Treaty. This is to ensure that the entire continent remains nuclear-free. ”While there are no easy solutions when we confront one of the gravest existential threats to the survival of the human race, we must remain undeterred and committed to a world of safety and security, one without the volatility posed by Nuclear Weapons,” he said.

He recalled that this year 2020 marked the 75th anniversary of the deployment of atomic bomb against Hiroshima and Nagasaki in Japan which he said destroyed the lives of thousands of people with severe long-term environmental destruction.

He therefore canvassed the necessity for all nations to comply with international laws and conventions to free the world from the threat of nuclear weapons.

”The anniversary is a forceful reminder of the catastrophic humanitarian consequences of nuclear weapons which undermine global, national and human security. ”Hence, there is need for all states to comply with applicable international laws and conventions to ensure a world free of nuclear weapons.
”We must, therefore, redouble our efforts to implement the provisions of the Nuclear NPT being the basis of Non-Proliferation Regime.

He also said Nigeria joined like-minded states to sponsor a resolution titled: “Taking Forward Multilateral Nuclear Disarmament Negotiations,” which he said culminated in the legally binding Treaty on the Prohibition of Nuclear Weapons.

”Nigeria has been involved in the promotion of peaceful application of nuclear science and technology at national and international levels.
”Accordingly, Nigeria ratified several international treaties and conventions in the area of nuclear safety and security.

”We have also expressed political commitment to the IAEA Code of Conduct on safety and security of radioactive sources.
”More so, we have developed and approved the first International Atomic Energy Agency (IAEA) Integrated Nuclear Security Plan for the period 2010-2012 with further review to cover 2019-2021 period.

”In this connection, Nigeria commends the continued efforts of the IAEA, particularly its role in monitoring and inspecting nuclear facilities. We urge States to ensure compliance with IAEA safeguards and standards at all times as well as nuclear verification disarmament measures,” he said.
According to him, Nigeria, in its bid to facilitate the development and peaceful deployment of nuclear technology, regulates and implements its energy aspiration through relevant agencies.

The president then proceeded to enumerate various moves the country has undertaken in its commitment to nuclear security. ”In addition, we are reforming the national nuclear security sector to make it robust and reliable.
”These reforms involve the domestication of The International Convention for the Suppression of Acts of Nuclear Terrorism; Review of Nuclear Safety and Radiation Protection Act; and Review of Nigeria Nuclear Regulatory Authority Act.

”Also in 2019, the administration set up Nigeria’s Nuclear Security Support Centre and developed a Nuclear Security Detection Architecture to serve as a sustainable safeguard for maintaining nuclear security and detection of radioactive materials out of regulatory control,’’ he said.

Buhari also reminded the summit of the 1996 Advisory Opinion of the International Court of Justice which he said affirmed that the threat or use of nuclear weapons constitutes a crime against humanity as well as the violation of international law, including international humanitarian law. 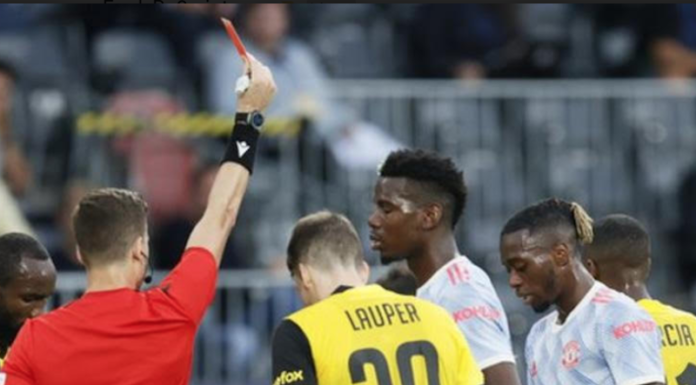