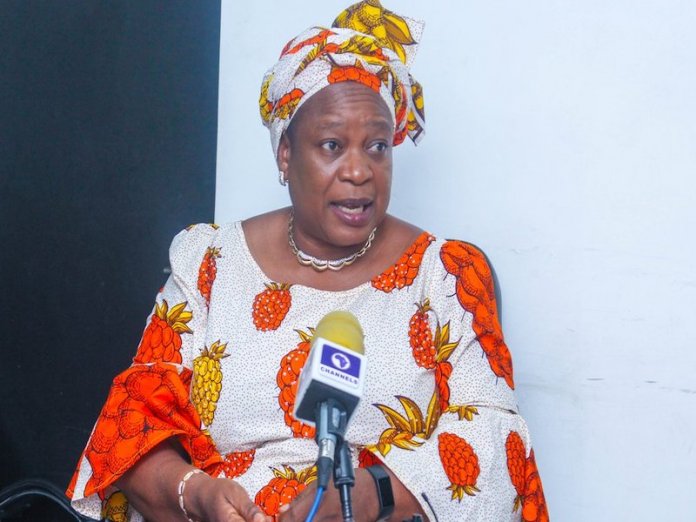 Chinedu Eze
Reports have indicated that many more Nigerians would have returned to the country since resumption of international flights on September 5, 2020 if not for restrictive Covid-19 protocols and high airfares.

Shortly before international flights resumed, the federal government had stopped evacuation of Nigerians abroad but there were still many Nigerians stranded overseas. Many of them have been struggling to return home but cannot pay the cost of airfares, which have risen due to the extra cost required for Covid-19 tests.

Shin-Aba said late last week Fly Dubai brought in some Nigerians from UAE and the airline would operate three or four more flights to Lagos to bring in more stranded Nigerians.
“UAE has been bringing in stranded Nigerians from Dubai and there will be three or four more flights by the airline into the country. Fly Dubai brought back Nigerians last Thursday or Friday,” she said.

But while many potential air travellers are still wary about boarding flights, airlines cannot use low fares to attract them because they are hamstrung by the high cost of PCR tests for Covid-19, which some countries, including Nigeria charge outrageous and with the attendant cumbersome protocol.

A country manager of one of the foreign carriers that operate into the country told THISDAY that the cost of Covid-19 tests, coupled with new airport charges by the Federal Airports Authority of Nigeria (FAAN) has made air travel very expensive that anyone not on essential travel may not want to pay such outrageous fares.

For example, the cost of travelling to Ghana from Nigeria for a return flight has significantly increased from the pre-Covid-19 era of about $300 to over $800, as Nigeria charges about N100, 800 for return Covid -19 tests, while Ghana charges about $240, when added to air fares, airport charges and insurance, a passenger could pay the aforementioned sum of money for a flight of about 35 minutes.

In addition to the above problem, passengers have confirmed alleged scam going on with Covid-19 tests, where payments were made in the Nigerian Centre for Disease Control (NCDC) approved portal but some of the monies are not reflected as payments made, thus putting the passengers in a quandary.
Also laboratories and hospitals are alleged to device ways to make those who intend to travel pay more for the tests.
A Nigerian who returned from Sweden has narrated how he was allegedly made to pay N42, 300 three times for Covid-19 tests without acknowledgement of the payment made, while a family that wanted to travel out of the country went to do the test and thereafter all members of the family were said to be positive. The hospital collected more money from them for treatment, but when they decided to go for another tests in a different facility, results came out and everyone was negative.

Findings showed that some of the designated hospitals by the Nigeria Centre for Disease Control (NCDC) no longer conduct the tests for departing or arriving passengers.
Also, while the federal government may have denied collection of money from travellers for the test to be conducted, investigations have shown that each traveller pay the sum of N50,450 to the bank account of NCDC through its portal: nitp.ncdc.gov.ng/onboarding/homepage.

One of the affected passengers and a Nigerian, Mrs. Adetokunbo Oshifowora, disclosed to the media that she filled the Covid-19 test form online through the NCDC portal from her base in United Kingdom and paid the sum of N50, 450 to the Sterling Bank account of the NCDC and her payment was confirmed by the agency.

According to her, she was given Lagos State BioBank for her to conduct the test seven days after arriving the country, but surprisingly, when she called the hospital for the test to be carried out, she was told they had suspended Covid-19 tests for arriving and departing passengers.
When she enquired further about the sum she paid for the test purpose, she was directed to NCDC for further clarification.

She lamented that all efforts to conduct the test or retrieved her money had proved abortive.
Some Nigerians who spoke to THISDAY also confirmed that Covid-19 test was administered on them at the Nigerian Institute of Medical Research (NIMR), but two weeks after the result was not sent to them.
“I went to the Lagos office at Yaba and did the test but two weeks after I am yet to get the result. I have gone there three more times and they told me their server was down,” one of the Nigerians who identified himself as Stephen, told THISDAY.