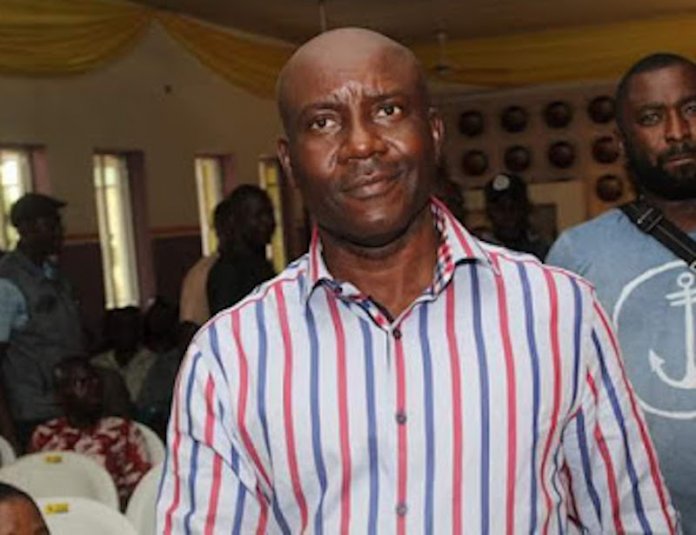 A chieftain of the Accord Party (AP) and son of the pioneer Chairman of the Peoples Democratic Party (PDP) in Rivers State, Dr. Marshall Harry, Hon. Inye Marshall-Harry, has raised the alarm over threat to his life and that of members of his family by suspected assassins.

Inye is the son of the late Marshall Harry, who was assassinated in 2002 in circumstances yet to be explained till date.

Addressing journalists in Port Harcourt yesterday, Inye said the threat forced him to abandon his plan to attend the burial of retired Justice of the Supreme Court, late Hon. Justice Adolphus Karibi-Whyte, at Abonnema, headquarters of Akuku-Toru Local Government Area of the state.

He stated that he is also living in fear in Abuja, where his father was assassinated in 2002, saying it seems those who killed his father were still hovering around him.

Inye said: I came in from Abuja by air and had cause to reach Benin-city, Edo State, before the burial of Hon. Justice Karibi-Whyte. I therefore made a road trip to Benin-city, through Warri in Delta State.

“However, on my way out of Port Harcourt, I observed that a particular vehicle appeared to be keeping close to me, and so, I had to instruct my security attaché to be on the alert, thinking that there could be a kidnap attempt on me, and, at that point, I could not help but remember how assassins brutally murdered my father in March 2002.”

He stated that although his trip to Benin-city was successful, on his way back to Port Harcourt, he still noticed that he was being trailed and might have been hurt if not for the presence of the security detail he had as escort with him on the journey.

The Rivers State-born politician wondered what anybody could want to eliminate him for, saying: “Even though I aspired to contest for the Degema/Bonny federal constituency seat in the House of Representatives in 2019, since I didn’t get the ticket, I went back quietly to continue with my life and business. So, why me?”

Harry, who appealed to President Muhammadu Buhari to order investigation into various attempts on his life, called on security agencies to protect him, like other law-abiding citizens, and not allow criminals or agents of vicious politicians to operate unhindered.

He said: “President Buhari was a close political friend to my late father. In 2008, an assassination attempt was made on my life after I testified before the Truth and Reconciliation Commission about the possible killers of my father.

“There was another attempt on my life in 2018, while we were all still consulting to run for the primaries to obtain a ticket to contest for the Degema/Bonny seat in the House of Representatives.

“This is the third time that dire attempts would be made on my life, and so, I call on security operatives to give all of us better protection from evil people in the society,” he stated.