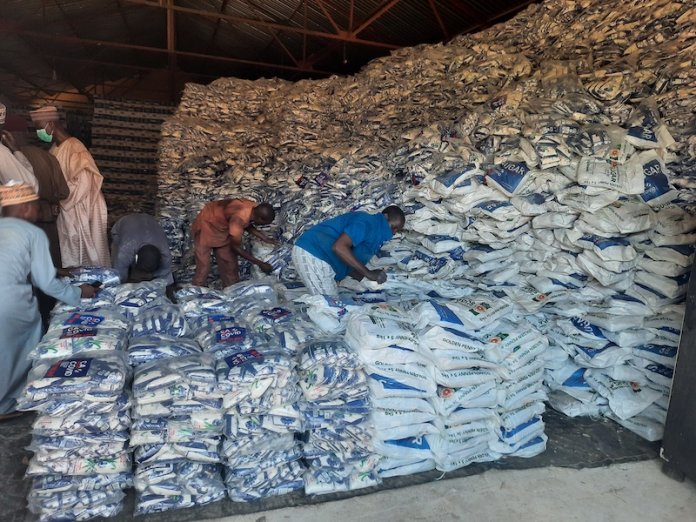 The Katsina State Government on Thursday commenced the distribution
of food items donated by a private sector-led Coalition Against COVID-19 (CACOVID) to over 4,000 vulnerable households in the state.

Speaking while flagging off the second phase of the exercise, the chairman of the distribution committee, Mr. Aminu Abu, said vulnerable households of Mai’adua, Dutsi and Kusada Local Governments Areas in Daura zone will benefit from the current distribution.

Governor Aminu Bello Masari had earlier flagged off the first phase of the distribution of the items, where he said 67,106 most vulnerable households across the 34 local government areas of the state would benefit from the humanitarian gesture.

Abu explained that the beneficiaries were selected at the polling unit of each local government after a thorough need assessment of vulnerable households by ward, local and state distribution committees inaugurated by the state government.

He said government has put adequate security and administrative modalities in place to ensure that the assorted food items reach the targeted beneficiaries, warning that anyone found diverting the items would face the wrath of the law.

Earlier, the Speaker of the state House of Assembly, Mr. Tasi’u Maigari, who is also the distribution committee chairman of Daura senatorial zone, vowed to ensure transparency during the distribution of the food items.