Danjuma Goje, a ranking Senator representing Gombe Central and two-term former Governor of Gombe state bares his mind to Deji Elumoye, on Nigeria’s 60th and the impact of past federal legislators on the polity

As a former Minister, two-term ex-Governor of Gombe state and a high ranking Senator, as Nigeria Clocks 60 , what message do you have for your constituents and Nigeria in general?

I will start with Nigeria, I want to congratulate us Nigerians for staying together, despite all the obstacles and hurdles that attempted to divide this country. We have been able to stay together for 60 years and I think we’ve matured and I still congratulate all of us. In particular I want to congratulate our leaders, the first, second and third republic leaders, the military and the current politicians. I know we are under serious opposition but I think by and large to keep this country one calls for commendation. Even keeping this country with almost diverse 300 ethnic groups with various religious groups, inspite of the size, to stay together as one is a great achievement. So congratulations to Nigeria. As for my state Gombe, we’re just barely 24 years old now, I think I’m proud to say we can compare favourably with many older states in this country. I also want to congratulate Gombe State. We’ve overcome so many problems. My constituency has been lucky and my people are satisfied with a lot of my constituency projects. Probably that’s why they are voting for me. We have our weaknesses as politicians but we’ve done well. Despite the serious threats of insecurity and insurgency in the North East, Gombe has been lucky to stay out of it and it that calls for commendation on the part of the leadership.

Is there any legislator in the past republics that you admire the way he carried out his legislative duties?

I admire the first indigenous Speaker of Nigeria’s House of Representatives, Hon Ibrahim Jalo Waziri. He was from my state, Gombe and this really means a lot. I don’t want to mention any name, the legislators then did very well. The first republic politicians were very selfless, patriotic and we have to commend the likes of Obafemi Awolowo, Nnamdi Azikiwe, Ahmadu Bello, Tafawa Balewa They deserve serious commendations. We had many flamboyant Senators in the Second Republic like Uba Ahmed, Olusola Saraki, then Senate President Joseph Wayas, Abraham Adesanya and so many of them. I really like the flamboyance of the Second Republic Senators especially the way they presented themselves during plenary. They were just wonderful. First Republic Senators were also good and they all performed creditably well.

As a ranking Senator, I remember you said you may not likely stand for election again. But in the past few years you’ve been a distinguished Senator, what has the experience been like?

The experience has been nice as a politician who has been in politics since the Second Republic, I have been in politics since around 1981, when I was very young, almost 40 years ago. That’s why I said I don’t want to continue again, I have seen it all. Most of the present day politicians started at a later age not like my own. Although I was a civil servant before joining politics, but once you’re a politician you will always remain one. It’s either you’re a politician contesting or advising. So I’ve been in this game for long and I think I should give the young ones a chance. I think I have done my best. I don’t want to praise myself but I think I’ve transformed Gombe from a big village to a city. It used to be a village when I took over but now it’s a city. I established Gombe State Stadium, airport, modern central mosque, CAN centre for Christians. I established all that, and so on. At the national level, I have been there as a Minister of State for Power and Steel, I impacted so many communities nationwide in the area of rural development and I’m very proud of that. As a legislator we’ve done so many legislations. But I think one of the notable ones as the Chairman of the North East Caucus was the establishment of the North East Development Commission. We did that to help the victims of insurgency in North East and the Commission is doing very well so far. So, that’s why when I look at my contribution these 40 years I feel I have paid my dues and should give way to the younger ones to take over.

What would you like to be remembered for after leaving elective politics?

I want to be remembered as somebody who positively impacted on the lives of the people who elected him. 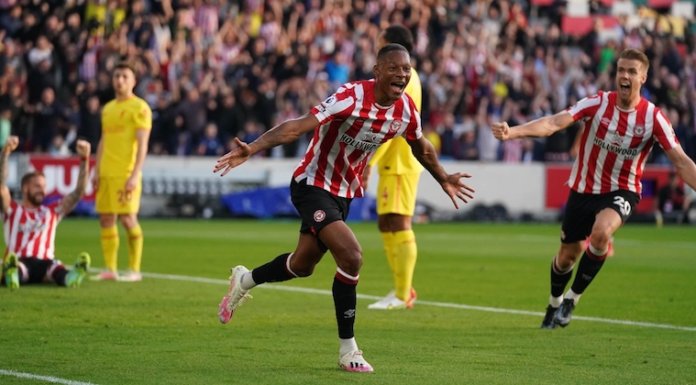