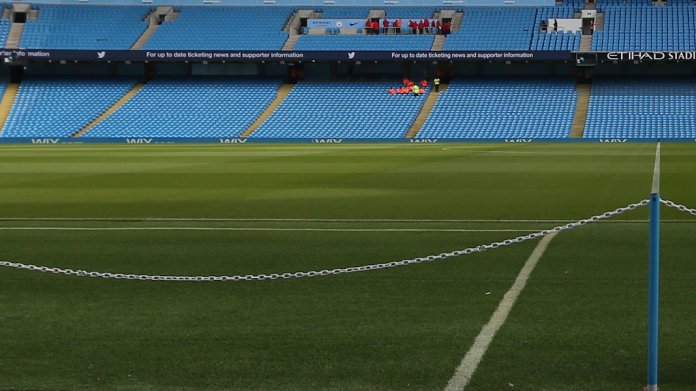 The groundbreaking ceremony of the second FIFA Goal Project in Nigeria, aimed at helping to develop football at the grassroots, held yesterday at Ugborodo, Delta State.

The project awarded to one of the best turf experts in the continent, Monimichelle Limited, consist of a FIFA standard playing turf and a sitting pavilion that can conveniently accommodate nearly 500 fans, is expected to be completed in six months.

Speaking at the event, Deputy Governor of Delta State, Hon. Kingsley B. Ofuaro, described the project in Ugborodo as strategic and historical and will go a long way to foster unity among the Itsekiri, Ilaje, and Ijaw people and it will also aid the development of the area in all facets.

He promised that the government will be an integral part of the project and thanked FIFA and the NFF for the project.

“I want to start by specially thanking FIFA and the Nigeria Football Federation for this FIFA Forward project. The citing of this project here is strategic considering the geographical location as it will serve the Itsekiri, Ilaje, and Ijaw communities around the Atlantic Ocean area of the state. The citing of this project can only be done by a man (Amaju Pinnick) who clearly understands the geographical location of this area. We can’t over-emphasize the importance of this laudable project as it will foster unity, build capacity, social harmony, attract more development and government presence and also aid the development of the round leather game of football.”

NFF President, Amaju Pinnick, expressed his delight at the kick-off of the construction of the project while also thanking the government of Delta State for their support so far.

He urged the communities to ensure they give the needed support to the contractor in order for him to have an enabling environment to execute the project.

Pinnick who doubles as Member of CAF Executive Committee further listed the immediate benefits the communities will derive from the project while also pointing out that FIFA is fully committed to making it a world-class facility.

“I am overjoyed that this is happening here today. We started nurturing the idea of citing this project in this small community of Ugborodo two years ago and I am delighted that we have finally kicked it off.

“We want to use this project to correct the wrong notion that the Niger Delta is a volatile and restive area. We urge youths in the community to give the contractor all the support in order for him to do a good job. FIFA will monitor and ensure every detail is taken care of,” stressed the NFF Chief.

In his remark, NFF General Secretary, Dr. Mohammed Sanusi thanked the Government and the people of Delta State while also urging them to see the project as a good omen of bigger projects to come.

He urged the people of the State to continue to support their illustrious son, Amaju Melvin Pinnick, who is well appreciated for his contribution to the development of football in Nigeria, Africa and the world at large.

The Deputy Governor, Kingsley Otuaro subsequently led dignitaries in the performing of the ground-breaking ceremony even as the General Secretary handed over the certificate of the project to MoniMichelle Construction Company to signal the commencement of the project.