The House of Representatives has called on the federal government to establish a military base to combat banditry in Shiroro/Rafi/Munya Local Government Areas of Niger State.

It also called on President Muhammadu Buhari to fast-track the dissolution of the Nigerian service chiefs and appoint new ones with fresh strategies in combatting insecurity.

The Green Chamber stressed that the spate of insecurity has reached its highest crescendo, adding that if not urgently addressed, Nigeria may dangerously go the way of Rwanda or Somalia.

The call by the House followed the adoption of a motion moved by Hon. Shehu Beji, at the resumed plenary on Wednesday which was presided over by the Speaker, Hon. Femi Gbajabiamila.

Moving the motion, Beji lamented the recent recurrent attacks in Rafi and Shiroro Local Government Areas of Niger State where lives and property are being lost by the day.

He expressed worry that despite all efforts to curb banditry in the affected areas of Niger State, the situation has continued to escalate to the extent that farmers have completely been severed from farming activities which is the main stay of the country’s economy.

He also expressed concern that even the Federal Capital Territory (FCT), where national and international businesses are being conducted, is no longer safe as there have been reported cases of kidnappings and banditry within the area.

The lawmaker lamented that the rate of killings across the nation, which is now spilling into the FCT, is breeding a global embarrassment, depicting how less prepared the country is in terms of security.

He recalled a recent report in the media where members of the United Kingdom’s House of Lords, the British upper legislative chamber, petitioned the Commonwealth over the persistence of insurgency and farmer/herder crisis in Nigeria.

Benji said that in December 2019, the Niger State caucus in the House of Representatives joined a contingent of stakeholders from Niger State to the Presidency where the same problem of banditry and kidnapping was the front burning issue discussed with President Buhari, yet the killings continue.

According to him, “In view of the recurrent attacks, there have been outcries for the establishment of military bases in the affected axis, but the president only ordered for deployment of military men to cover those communities which has not changed anything.”

The House therefore urged, “the President of the Federal Republic of Nigeria to fast-track the dissolution of the Nigerian service chiefs and appoint new ones with fresh strategies for combatting insecurity”.

Benji stated categorically that sporadic approach to the situation at hand is no longer effective as it is now more persistent than ever.

The lawmaker insisted that the operational structure of the Nigerian military requires urgent reforms, adding that barely few days ago, the nation lost one of her military commanders and three other officers of the Nigerian Army at the battle field.

He emphasised that the deficit in farming activities resulting from incessant attacks in those areas would further aggravate poverty and hunger in the country, thereby breeding more crime within the clans.

Benji equally observed that from the sophistication of the banditry attacks, anything short of establishing military bases in the affected areas is a futile exercise because, when soldiers are around, the bandits go into hiding but the moment soldiers leave, they launch attacks again, hence the need for permanent military structures in the vulnerable areas.

He stated: “Worried that the unjustifiable retention of the service chiefs may be the cause of the lingering problem as their defensive strategies seem to be obsolete and must have out grown further learning.

“Bothered that if the federal government fail to establish military base in the areas under reference, the entire constituency may be lost in the nearest future or have the people resorting to self-help.” 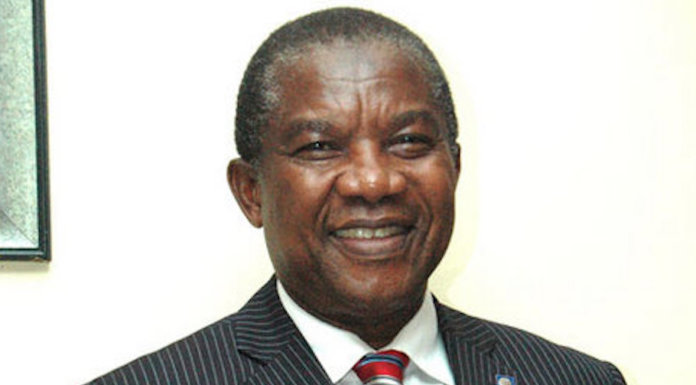