After a stormy session over the controversial Natural Waters Resources Bill at the House of Representatives yesterday, the Speaker, Hon. Femi Gbajabiamila, has directed that the bill be published in House gazette for reconsideration.

The bill has continued to generate a lot of ripples in the country since its reintroduction with some section of the country alleging that the bill was part of a grand plot to seize their water resources and take over their land for use as RUGA settlements, even though the federal government had insisted that those opposing the bill were ill-informed.

However, Gbajabiamila’s directive at the resumption of plenary yesterday, followed a point of order raised by Hon. Mzondu Bem, who said that he was deprived of his legislative privilege of sighting the gazette copy of the bill, and such could not participate in the consideration of the report by the Committee of the Whole, which also deprived him his rights and privilege of representation to his people.

The lawmaker, who represents Makurdi/Guma Federal Constituency in Benue State, cited Order 6, Rule 1 (1), 2 and 3, under Matters of Privilege to back his argument, insisting that it was in an effort to eliminate the “element of surprise” that the House in its wisdom included in its Standing Rule that every Bill must be published in its gazette or clean copies be circulated.

Bem insisted that he was misled by the use of Order (12) Rule 18 of House Standing Orders, stressing that it was an issue of law and procedure, while adding that the onus of interpretation lies with Gbajabiamila.

According to him, “It is important to emphasise that I have painstakingly searched through all the Journals of the House and cannot find where the bill is gazetted and I stand to be challenged or corrected. The next question for your consideration, Hon. Speaker deals with “jurisdiction,” whether the House has such powers to entertain a bill, such proceedings become a nullity, ab-initio, no matter how conducted and decided.”

The lawmaker, relying on Order 7 Rule 8 moved that the House should rescind/expunge its decision of July 23, 2020, which adopted the bill to have been read the third time from the records of the House since the decision did not meet the laid down procedures and conditions of the House.

But in his argument, Chairman of the House of Representatives Committee on Water Resources, Hon. Sada Soli, said the bill followed the normal procedure as enshrined in the Order of the House, while adding that Hon. Uzoma Abonta, who was opposing the bill, was on the floor of the House when the bill sailed through before the end of the 8th Assembly.

The lawmaker, who represents Jibia/Kaita Federal Constituency in Katsina State, told his colleagues that the bill followed the laid down procedures of the House.

In his contribution, the Chairman of the House committee on Rules and Business, Hon. Abubakar Fulata, said the bill was passed in the 8th Assembly on December 19, 2017.

The lawmaker, who represents Birniwa/Guri/Kiri-Kasamma Federal Constituency in Jigawa State, argued that there was no need for the House to commence fresh deliberation on it.

The Leader of the Peoples Democratic Party (PDP) caucus, Hon. Kingsley Chinda, said he believed that what his colleague said was that his right as a parliamentarian had been infringed upon as a result of wrong procedure, stressing that a lot of the lawmakers aligned with that position.

He stated: “Simply, we ought to re-gazette this bill and the simple truth is if we fail to address the procedure even where it’s effected to Mr. President, then it must be stepped aside. So, what’s wrong in adopting the normal procedure? He’s not asking that the bill should be killed, let us re-gazette it; there are members who were not in the previous Assembly who didn’t have the opportunity of seeing that bill gazetted.

“Mr. Speaker and colleagues, if you look at Order 12, Rule 3, it thus says that we have three different ways to schedule bill – whether it is a bill that was in the previous Assembly or fresh bill unless we step aside the bill. This particular bill was referred to the committee of the whole on the same day the motion for reconsideration, and the same day same order paper. The simple thing we should is the proper thing. It is a beautiful bill; I commend those behind it, but let us send it back, re-gazette it and bring it back for the full consideration, so that Nigerians will be carried along. I urge and pray that we will consider the issues raised by our colleague, Hon. Mzondu and take a decision in the interest of the Nigerians that we represent here.”

While giving his ruling, Gbajabiamila said Matters of Privilege are not meant to be debated, but the Water Bill was debated because of sensitivity of the matter.

He stated: “I want you to recall that I had a bill on the floor of this House (the Infectious Diseases Bill), being sensitive to the rule, I stepped my bill down and sent it for public hearing. On the issue raised by Hon. Mzondu, he has backed it up by clear language of provisions of our rules which state that any such bill must be re-gazetted.

“The Chairman of Business and Rules, Hon. Hassan Fulata, sought to rely on Rule 16 which says you either re-gazette or clean copy. Unfortunately, it appears some people have done their homework. I think the bill should be sent back to be re-gazzetted and brought back to the floor so that we reconsider it and the right thing would have been done. Chairman of the Rules and Business should send it to be re-gazzetted and bring it back.”

Prominent Nigerians, including Benue State Governor, Dr. Samuel Ortom, and Nobel Laureate, Prof. Wole Soyinka, had kicked against the widely-condemned bill, insisting that the federal government should not grab more powers when Nigerians were clamouring for devolution of powers and federalism.
Also, socio-political organisations, including PANDEF, Afenifere, Ijaw Professionals and Ohanaeze Ndigbo, had also condemned the bill.

Some of those opposing the bill said it was an attempt by the federal government to secure the lands around the rivers to resettle herdsmen after the failed Rural Grazing Area (RUGA) initiative.

But Soli had in an interview with THISDAY, faulted the argument of the opponents of the bill, including Ortom and Soyinka, accusing them of speaking out of ignorance, and claiming that they did not read the draft of the legislation before making comments.

He had also insisted that the bill won’t be stepped down. 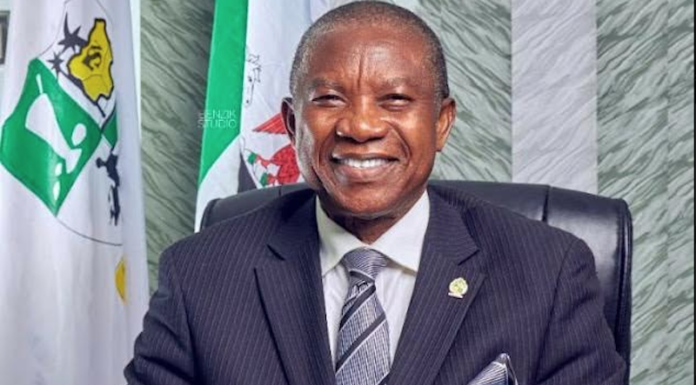