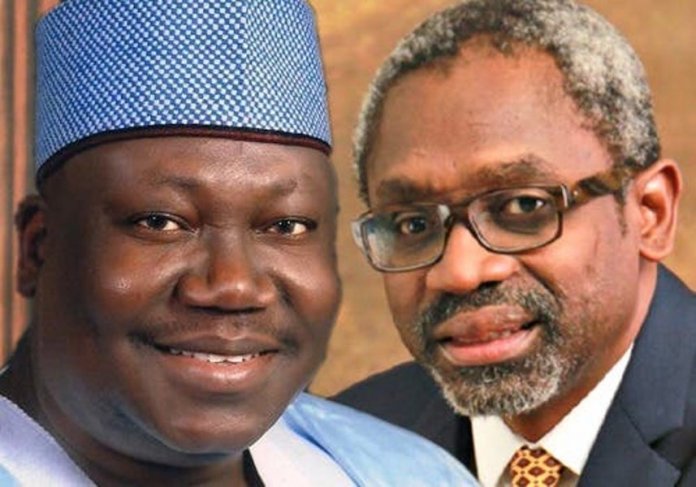 President of the Senate, Dr. Ahmad Lawan, and Speaker of the House of Representatives, Hon. Femi Gbajabiamila, have pledged to break the jinx militating against the speedy passage of the Petroleum Industry Bill (PIB), by ensuring the passage of the reform legislation by the ninth National Assembly.

Gbajabiamila, however, said the National Assembly will not sacrifice thoroughness for speed in the consideration of the much-awaited oil reform bill.

Lawan has also announced that the letter transmitting the bill to the National Assembly will be read at plenary on Tuesday (today).

Gbajabiamila, who spoke at a meeting held yesterday evening between the leadership of the National Assembly and the Minister of State for Petroleum Resources, Mr. Timipre Sylvia, on the new bill, said much as the National Assembly will want to speedily pass the bill it will not overlook the specifics of the bill.

“This Ninth Assembly will pass the PIB speedily; however, with a caveat because we won’t sacrifice thoroughness at the altar of speed. Speed because we need it but it will be in the best interest of the nation,” Gbajabiamila said.

The speaker disclosed that the Green Chamber has put together an ad-hoc committee made up of legislators well versed in upstream, downstream, and local content to critically look into the provisions of the bill and advise the House, accordingly.

He said: “We want to pass the PIB as quickly as possible because the economic life of this nation depends on this. We are talking about the most important piece of legislation in the life of this administration. Because oil is the most popular, and obviously oil represents the life wire of our state. That represents the importance of this bill.”

The speaker stressed that between now and December, this year the National Assembly will be considering the PIB as well as the 2021 Appropriation Bill.

Earlier in his opening remarks, Lawan said the meeting was called to discuss the essence and focus of the PIB that has been sent to the National Assembly.

Lawan said: “The essence of this meeting is for us to understand what is in the bill. That is the essence and purpose of the meeting. This is just for us to interact with you on the content of the bill so that we have some first-hand information, understanding, and idea of what is in there and of course, from there the interaction will continue maybe at another level with our committees for the processing of the bill by the National Assembly leading to its eventual passage by the grace of God.

“The 9th Assembly wants to see a situation where we work with you to process the bill and to have a very clear understanding of every available clause of the bill so that we at the end of the day will break that jinx together with you and make history and provide the oil industry a legislation that will make it more effective and efficient at the end of the day.”

The Senate president assured the public that the PIB would be passed as quickly as possible because the economic lifeline of the nation depends to a large extent on how the legislation would guide and regulate the industry.”

Sylva, described the PIB as one of the most important pieces of legislation that this country needs now.

He recalled that several drafts were submitted for the last 20 years, adding that it is still being discussed because it is at the core of various sectors of the economy.

He said: “Here we are, the 20th year but for me, it’s a good signal. One of the things investors want to look at is the predictability of the legal framework. We must convince them that laws don’t change very easily.”

He said going by OPEC projections, the world dependence on oil would have reduced by 20 per cent by 2060 saying Nigeria’s focus should be to take advantage of its resources while it matters, and that with PIB, the country could be made an attractive investment destination.