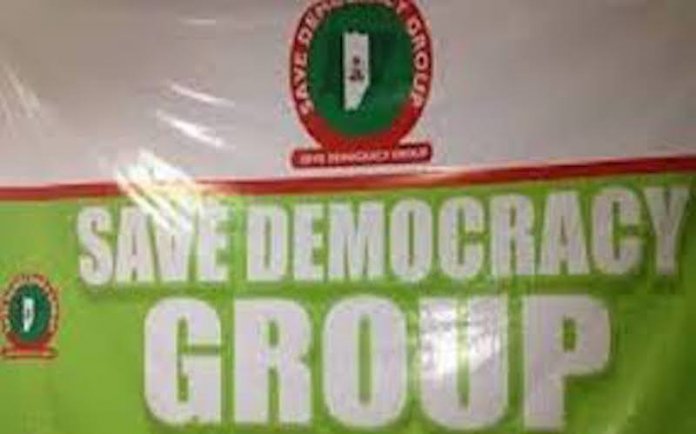 A civil society organisation, Save Democracy Coalition (SDC), has called on the authorities in the United States, United Kingdom and countries in the European Union (EU) to extend their travel visa ban to Nigerian judges found to have compromised the integrity of the ballot through miscarriage of justice in election petitions they presided over.

The coalition, in a statement in Abuja yesterday, said the recent visa ban imposed by the US and UK on some politicians for their roles in electoral violence can only achieve the desired results if such sanctions are extended to errant judges who commit judicial rape in the handling of election petitions brought before them.

The statement, signed by the National Coordinator of SDC, Mr. James Ifeoluwa, observed that restricting the visa ban to perpetrators of political violence alone would not check the ugly trend, stressing that such unscrupulous political actors might still achieve their sinister ends, with the aid of compromised judges.

The group also canvased the extension of the ban to compromised electoral officials who connive with politicians or political parties to falsify election results for pecuniary gains.

The SDC said: “We welcome the recent travel visa ban imposed by the US and the UK on Nigerian politicians found complicit in the electoral violence that occurred in some states in the 2019 general elections and during the electioneering campaign in the run up to the September 19 Edo State governorship election.

“However, we are of the opinion that the visa ban can only achieve the desired effect if the same measure is extended to judicial officers who collaborate with unscrupulous politicians to compromise the integrity of the ballot through controversial judgments in election petition cases.

“Similarly, electoral officials who collude with politicians or political parties to falsify election results in favour of the highest bidders, should also be included in the visa ban wherever and whenever they are identified.

“Our position is predicated on the obvious fact that these desperate and unscrupulous politicians will shift focus to judicial officers and electoral officials in their nefarious activities if the ban is not extended to these two key stakeholders in the electoral process.

“We choose to refrain from citing specific cases of glaring miscarriage of justice in certain judgments delivered in some election petition cases arising from disputes in the 2019 elections.

“It is public knowledge that a number of perceived cases of judicial rascality were unleashed by certain judges in Election Petition Tribunals, Court of Appeal and the Supreme Court.

“In such cases, the judges awarded victory to losers as they delivered judgments devoid of justice. Recriminations arising from such biased decisions may have fizzled out but the offensive stench therefrom still pervades the wider public space”.

The coalition appealed to the international community, particularly the US, the UK and the EU, to identify with the Nigerian people in their quest to ensure that their votes count at every election.

The group expressed the firm belief that the political leadership in Nigeria can only be made accountable to the people if the entire electoral process is credible and the integrity of the ballot is preserved.

“This can only be achieved if the various stakeholders in the electoral process in Nigeria are held accountable for their actions in the course of discharging their duties during elections.

“It is needless to say that irresponsible leadership on the part of elected public office holders at all levels is a direct consequence of flawed electoral process that disconnects such leaders from the voters,” the coalition said.

The United States and the United Kingdom, had, last week, announced visa ban on certain Nigerian politicians for the alleged roles in the violence that characterised the governorship elections in Kogi and Bayelsa states.

Also, some other politicians got slammed with the ban for their alleged role in the violence that erupted during during electioneering campaign ahead of the September 19, 2020 Edo state governorship election.

The UK, which announced its visa ban on the affected politicians, barely 24 hours after the US made its own, had threatened to seize identified assets of errant politicians in the UK and to also ensure their prosecution if need be.