What does Nigeria mean to me? That’s a great question because I have seen variegated reflections of Nigeria as a country and I have a near panoramic view of most sides because I work in the media.

I saw Nigeria transit through a military struggle with a change in ideology and mindset to a civilian democracy which still looks like the military, with the slant of democracy which to me is a demonstration of craze.

The amazing thing about Nigeria, however, is that it has a way of reinventing itself and it is difficult to judge it. I say that because once you make up your mind on the country it springs up a surprise! Just like how they said Nigeria will crumble in 2015, after the duly consulted report by the Americans Nigerian still stands. I know others will argue: does it really stand united despite the killings in the North?
That’s a talk for another day

I have seen inefficiencies. I have seen lying politicians. I have interviewed people with unthinkable convictions that want to impose their views on others. I have seen people that kill in the name of God. I have seen civil servants that are not civil. I have seen godfathers who don’t still realise there is God the Father. I have seen pain and anguish on the face of a dying child because the mother couldn’t afford N2000. I have seen labour leaders that became labour looters. I have seen deceit served on the table of ignorance in Nigeria.

It is so quick to compare Nigeria with other parts of the world but I beg to ask: are they truly better than us? I was once pick-pocketed in New York. I was cheated by a taxi driver that charged me $300 from JFK airport to Manhattan and still asked for a tip. I have seen racism in trying to rent properties in England. I have seen the neglect of black lives in the west. I have also seen an American President that reminds me of Mobutu Sese Seko.

I know you will argue with me that we are no way near the west. You are correct but there are things we enjoy in Nigeria that you will never enjoy in the west. The feeling of being home and the endless possibilities a virgin market like Nigeria will afford. Although the argument will be that rent seeking and ineffectiveness trump everything, I will say Nigeria is still a country that works for the honest. It might take time and it is a work in progress.
60 year on.

It might not look like the nation is heading anywhere but I believe that Nigeria is blessed with the might of its people. I know its people will liberate the nation from its psychological bastille it finds itself.

I believe it is a matter of time Nigeria will find its feet but before then we must criticise and never stop demanding the best for our country. We must protest and contribute our own developmental quota because no nation thrives with robust engagement. And that is the way Nigeria could survive
Veno Mariogharie was prophetic. Nigeria will survive.
––Rufai Oseni, rufaioseni@gmail.com 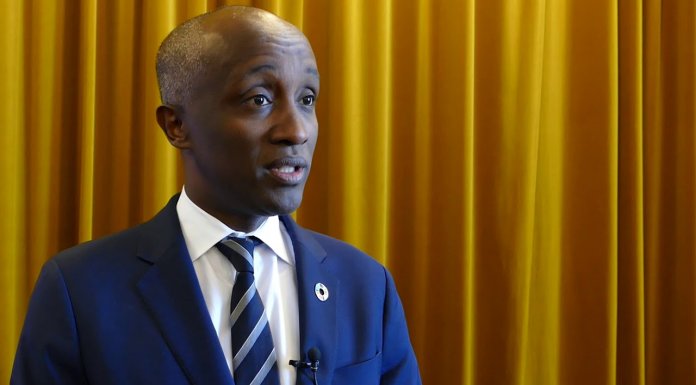 Who will Save Apapa from Open Defecation?

WHO IS AFRAID OF SARAKI’S VISIT TO ILORIN?