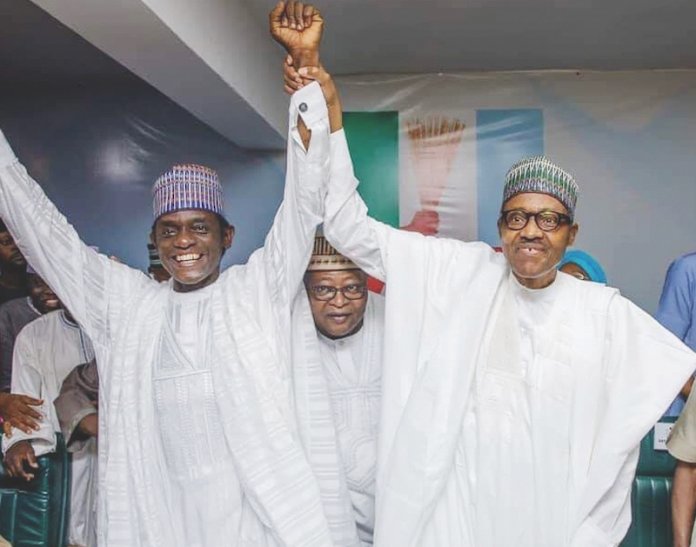 If there was any strategic slant to his landslide victory, poached from a seemingly transparent, credible, free, fair and non-violent poll, it was the untold story of how the Edo governor plugged into both the regional and national politics to trump his menacing opponents.

Several weeks ago, shortly after Governor Obaseki defected to the Peoples Democratic Party (PDP), there was a comprehensive session between some governors from the two main political parties in the country – the PDP and the All Progressives Congress (APC) – at the behest of one of them, who is very well respected.

They were seven in all. Three on each side with Obaseki as the seventh person since his matter was top on the agenda. In the PDP, there was a governor from the South-south, Southwest and North West each. But APC has just a governor from Southwest, while the two others came from North West.

The essence of the meeting was way beyond Obaseki’s reelection. It was a session designed to review some of the political situations in the country with respect to party politics and ponder the way forward, especially the need to sculpt a need and viable leadership recruitment process in both parties, more so at the highest level – the presidency.

Better put, the governors were determined to take the parties back from their current managers and start running things, just as it was in the days of the late president, Alhaji Umaru Musa Yar’Adua. What this also meant was that, going forward, the governors had reached an understanding to always produce the leadership of the country, which included the president and his deputy.
The meeting, which considered many sensitive issues as they pertain to the future of the country, however, first perfected Obaseki’s defection to the PDP, after the initial storm it encountered, particularly from the Rivers State Governor, Nyesom Wike, who had someone else in mind as the PDP candidate for the election.

But the meetings afforded them the opportunity of prevailing on Wike to see the bigger picture and allow the plan, as it then was, to fly, at least, as a test run for other future considerations on the leadership of the country, before designing a winning strategy for Edo.
Thus, for Obaseki, he had practically all the governors elected on the platform of the APC behind him, despite running on the platform of the PDP, as well as some of their leaders, who though did not share the sentiment of his re-election, however saw the need to set the stage for 2023, by first eliminating a former chairman of the party, Adams Oshiomhole, whom they considered, a major hindrance to their collective interest.

This is because, the governors believed that a victory for Pastor Osagie Ize-Iyamu, candidate of the APC, also meant victory for Oshiomhole and a veritable platform for the sacked chairman of APC to re-launch into political reckoning, a development they all considered dangerous for the 2023 transition politics.

Besides, they also had an inkling that should Ize-Iyamu win the election, Oshiomhole’s camp in the party had already begun to consider the need to resuscitate some of their pending cases in court, despite the marching order from the National Executive Committee (NEC) of the party led by President Muhamnmadu Buhari.

And since his removal cannot in actual fact pass a thorough legal process, it would be dangerous to let him any window to vent survival, the reason nearly all the APC governors and leaders not only “looked away” during the polls, but partook of the plan to finally decapitate Oshiomhole, making Ize-Iyamu a collateral damage.

Therefore, with nearly the core of the APC governors and some of the party’s critical leaders behind Obaseki, coupled with a positive nod from the Villa, it was only a matter of time, the election had long been won and lost many weeks before it eventually held.
While those attacking the APC governors have continued to do so on account of the belief that they were selfish and not true party patriots for allegedly betraying their own, the Edo election was actually a movement against alleged godfatherism and the economic policy of the Muhammadu Buhari administration, in addition to the fact that the governors had come to a realisation that the president was not bankable when it comes to political antics.

It is also true that the video released on the eve of the election by Asiwaju Bola Tinubu, a former governor of Lagos State, did a lot of damage to the chances of APC and Ize-Iyamu. For one perceived the numero uno of godfathers in the country to step out boldly in a video poorly put together on the even of an election that was a fight against godfatherism, then, the move was ill advised.

Interestingly, what many people had been subtly glossing over is the fact that Obaseki is not really a nice person, a fact of which is known to everyone, who made his victory possible, particularly the fact that what he did to Oshiomhole, no matter the provocation, was believed to be morally unacceptable, he however survived the battle on account of the grand resentment against the duo of Oshiomhole and Tinubu in the APC.

At the end of the day, what is not lost on those closely following political developments in the country is that, one, PDP did not defeat APC in Edo; APC defeated APC. Two, the Edo election was a grudge match preparatory to the 2023 election, for which the governors had resolved to step in and assert themselves. After all, they have the money and by extension, control the people.

Above all, the governors have also resolved to take back the parties – both in the APC and the PDP – meaning, the battle for 2023 is going to be “The Battle of the Governors”. However, for the APC governors, a prelude to this resolve is the pending national convention of the APC, where the wheat will be sifted from the chaff.

It may be trite to say, therefore, that in the PDP, the governors already have a hold of the party, providing their APC folks a template to work with. But there’s no debating the fact that ahead of the 2023, the two parties are now working together and where need be to eliminate anyone in their way, they would not hesitate to do so, for as long as his position is inimical to their interest.

What this new thinking of the governors portends is that the battle for the governorship of all the states in the country is going to be stiffer and tougher, since there is the assumption that the presidency would henceforth be reserved for the governors of the country.
But, it is yet to be seen, how these governors would continue to work together without stepping on each other’s toes since they all want the same thing. That said, the 2023 election promises to throw up a lot more surprises, unknown to the plotters themselves.