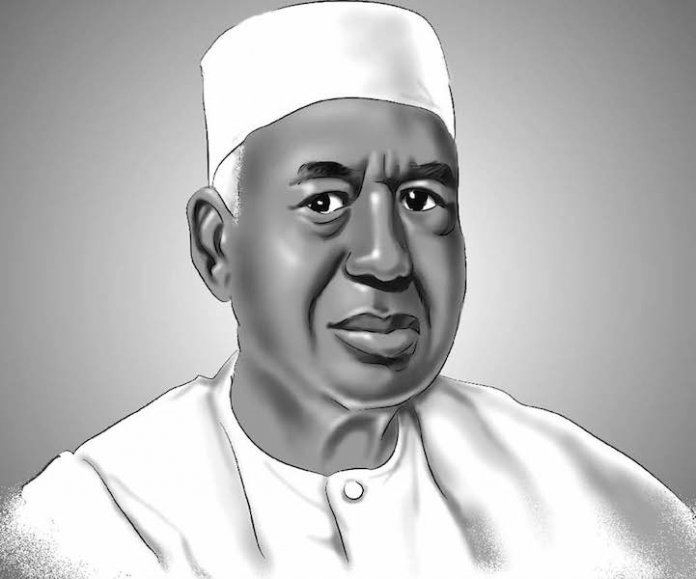 The death of Malam Ismaila Isa has thrown the spotlight on an old cankerworm in the practice of journalism in Nigeria that has been haunting the profession like a hideous ghost. The post-humous honour and tributes and the pretentious palaver about the propriety of the Nigerian Press Organisation’s authoritative acknowledgement of his “untiring contributions to the development of journalism and freedom of the Press in Nigeria and around the world” and “the life and times of the late veteran journalist” have, like a double-edged sword, combined to expose the hype and hypocrisy that now plague journalism. I daresay such a blunt uncovering of the unspeakable deformities of an institution that purports to be the “conscience” of modern society was just what Malam Ismaila Isa, the accomplished business-technocrat, strategic politician and internationally-recognized chief patron of Nigerian journalists and publishers alike, was adept at. Bless his soul, O God Almighty!

One needs no further inkling about the state of affairs in the yet-to-be authenticated fourth estate of the realm than the petulant challenge by a conceited cabal of columnists and self-opinionated “writers” of the veritable right and privilege of the exalted members of the NPO to rename the newly rebuilt Nigerian Institute of Journalism House on Victoria Island, Lagos as ISMAILA ISA HOUSE. The critics are all either employees or sub-members of the NPO which comprises executives of the Newspaper Proprietors’ Association of Nigeria (NPAN), Nigerian Guild of Editors (NGE) and the Nigeria Union of Journalists (NUJ).

In fact, the Nigerian Institute of Journalism promptly commiserated with the family, friends and associates of “elder statesman and media personality, Mallam Ismaila Isa Funtua, OFR, mni,” (note the higher and more distinguished national honours he had already earned) who was not only Chairman of its Governing Council but also “more than a strong pillar of support for our institution. He treated the institution as a major assignment, Almighty Allah bestowed on him, devoting his time and resources.”

A statement on behalf of the Governing Council, staff and students of the Institute, issued by Provost, Gbemiga Ogunleye, read like a citation to vindicate the renaming of its abode, pointing out that he was always quick to rally the media community against any legislation or policy targeted at stiffing the media adding “in recognition of his astute leadership qualities and investment in the media industry, he was first elected as Vice-President of the Newspaper Proprietors’ Association of Nigeria (NPAN) under the Presidency of the late Chief M.K.O. Abiola. He was later elected the President of NPAN, a position he held with dignity and honour, promoting and defending media interest in Nigeria, Africa and the world. He was instrumental to Nigeria’s hosting of the International Press Institute (IPI) World Congress and General Assembly in Abuja, in 2018”.

So what did the nay-saying wailers have against such an impeccably justified post-humous award to Malam Ismaila Isa? If only to show how spurious and subjective they were, I will do a sampling. In NIJ House and Isa Funtua: Trust Betrayed, one Abdu Rafiu, described by Martins Oloja in his own contribution against the honour done to Malam Ismaila Isa, as “an authoritative columnist in The Guardian” states that “Ismaila Isa is sold to the Nigerians and the media, in particular, as a fighter for press freedom and board member of IPI around the world”. This is a denunciation of the credibility of the basis and proponents of the well-deserved honour by one who obviously knows not what he writes.

He hinges his jaundiced jottings on an irrelevant reference to a claim that in 1994 Malam Ismaila’s newspaper, The Democrat, spearheaded a campaign for the government clampdown on The Guardian and pressed for the sack of its publisher, Mr. Alex Ibru, from Abacha’s government by stating that The Guardian “propagates a sectional agenda that is a little to the east today and a bit more to the west tomorrow, but decidedly anti-north every day”. Incredulously though he posits that “the explanation by Mr. Ibru that he was different from The Guardian and, as a rule, did not interfere in the running of the newspaper fell on deaf ears”(!) So what is good for Ibru should not be good for Ismaila Isa?

Martins Oloja, who was better known as a veteran journalist now decides “to join some of our younger ones who have been asking the elders not to hold their peace yet. They should not hoist the flag yet”. Though he acknowledges that the deceased was everything his sterling citation declares him to be, Oloja maintains that “he hasn’t been significant enough to get the honour of naming the NIJ Flag House after him”, relying on Abdu Rafiu’s untenable 1994 editorial witch hunt of The Democrat. Oloja played to the gallery even as he had the benefit of the more credible assessment of “veteran soldier” Ray Ekpu who described Malam Ismaila as a “warrior for press freedom.” He reports that “Ekpu conveys the picture of Isa as an active(NPAN) president who led the struggle to resist the inclusion of a mass media commission in the Abacha constitution and the subsequent effort under General Abdulsalami Abubakar to get the Press Council Decree amended,” even quoting Ekpu declaring emphatically that “for a man who no longer had a newspaper of his own, his activism for press freedom was very, very admirable. Every inch of the way he fought against the diktats of anti-press authoritarianism. He didn’t think we should just sit and be cooing like a pair of doves when we had a duty to do battle for the industry.” Oloja was just cooing too!

On the specifics of Malam Ismaila Isa’s acclaimed outstanding support for the NIJ which Ekpu remarked is “fittingly renamed after him”, suffice it to again quote Ray Ekpu that “Isa’s role in the media architecture is probably more pronounced in his exertions on behalf of the Nigerian Institute of Journalism,” recalling, among other instances, how the institute was rescued from virtual collapse by Ismaila Isa’s networking and fundraising skills which got it accredited for the National Diploma and Higher National Diploma by NBTE and the successful remodelling and refurbishing of the NIJ House that was stalled until Ismaila Isa “got one financial institution to contribute N200 million to the Institute”. Oloja even got additional validation of Malam Isa’s merited honour from THISDAY publisher, Nduka Obaigbena, president of the NPO and NPAN, who was categorical in asserting that “we were not hasty in announcing the rechristening. We consulted the elected leaders of the NPO members. No one objected.” Yet Martins Oloja was still asking how Ismaila Isa defended press freedom to deserve the honour of NIJ House renaming which he outrageously described as “provocative and hasty.”

At this point, discerning readers can decipher the “unspeakable deformities of an institution that purports to be the ‘conscience’ of modern society” from the brazen disregard for truth and facts to the callous concoction of noxious narratives in an atrocious attempt to pull the wool of geo-political loyalties over the clear records of exemplary nationalistic legacies… it’s all in the murky mix of “professional” journalism today. Malam Ismaila Isa’s outstanding contributions to journalism in Nigeria will continue to outshine the vendors of vendetta till the end of time.

Babatunde is a former Editor of THE DEMOCRAT