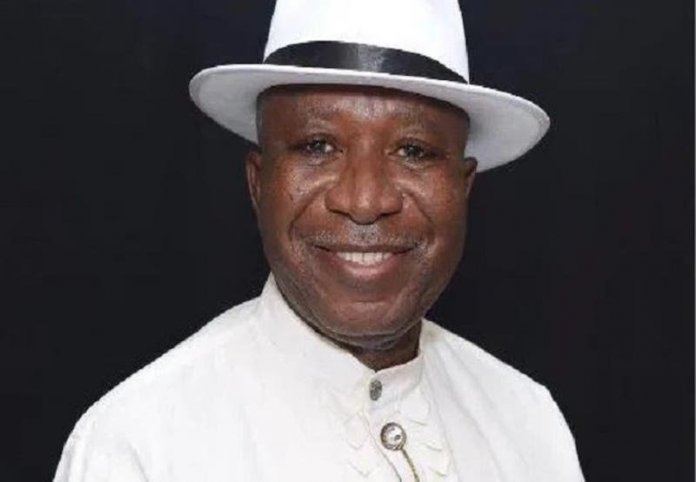 Abbey Collins, Port Harcourt based Environmentalist argues that the new helmsman at the Presidential Amnesty Programme, Col. Milland Dikkio (Rtd.) holds a promise to return the programme to its original ideal

A new vista opened for the Presidential Amnesty Programme this week with the assumption of office of Col. Milland Dixion Dikio (rtd) as the new administrator of the Programme. Established in 2010 following the proclamation of unconditional amnesty for militant agitators in the oil-rich Niger Delta in 2009 by the Federal Government under the late President Umaru Musa Yar’Adua, the Amnesty Programme was designed to coordinate efficaciously, the Disarmament, Demobilisation and the Reintegration (DDR) of the about 30,000 ex-agitators who accepted the offer of Amnesty. The DDR process itself was conceived to further deepen safety and security in the Niger Delta while other components of government at all tiers intensify efforts to right the perceived wrongs that led to the militant agitations in the region.

While it is not in doubt that the Presidential Amnesty Programme has helped calm frayed nerves and contributed to the relative peace the nation is enjoying in the Niger Delta and the Gulf of Guinea, available facts however indicate that the Programme, in its over a decade of existence, has failed to realize its full potentials of mass empowerment of thousands of ex-agitators in the Niger Delta who have agreed to abandon every form of militancy and agitations for a more sustainable way of life.

Some analysts have argued that the Federal Government may have boxed itself into a cul-de-sac with the programme which was meant to be a temporary initiative, but now being extended ad infinitum because it seems not to know how to bring it to an end. This situation was worsened by the glaring ineptitude of the last two Coordinators of the Programme – Brig-Gen. Paul Boroh (Rtd) and Professor Charles Quaker Dokubo. Boroh has since been indicted by the Economic and Financial Crimes Commission (EFCC) and has since been charged to court for series of alleged fraud while he served as the Chief Executive Officer of the Amnesty Programme. Similarly, a high-level investigative committee in the office of the National Security Adviser recently thoroughly indicted Professor Dokubo for allegedly presiding over massive fraud running into billions of Naira at the Amnesty Office during the brief period he served as the Coordinator of the Programme. Beyond the findings of the EFCC and the Office of the NSA on both Brig-Gen. Boroh and Professor Dokubo, several of the ex-agitators enlisted in the Programme and other stakeholders held the view that both men were inept and lacked understanding of the Prograsmme. At some point, it seemed the Programme totally lost value.

However, the Federal Government seems set to rework the Programme with a view to giving it value once again. President Muhammadu Buhari’s recent appointment of Col. Milland Dixion Dikio (rtd) as the new Administrator of the Amnesty Programme, is seen by knowledgeable stakeholders in the region and beyond as a bold step in the long over-due bid to return the Amnesty Programme to its original mandate. With Col. Dikio’s experience – professionally and academically, analysts are convinced that the new helmsman is well equipped to bring the programme back on course. The Mbiama, Ahoada West Local Government Area of Rivers State born retired Colonel is an alumnus of the prestigious Baptist High School, Port Harcourt and had a fulfilling military career during which he occupied different leadership positions and acquired experiences which will surely be needed in the task of turning the Amnesty Programme around. As a member of the 21st Regular Combatant Course of the Nigerian Defence Academy for example, he was appointed the Academy Cadets Adjutant in recognition of his leadership qualities.

This led to his posting to the elite Nigerian Army Armored Corps on commission as a Second Lieutenant effective Jan 03, 1977, thus beginning a military career in which he distinguished himself as a seasoned professional in the various assignments he was saddled with.

A versatile individual, Dikio in the course of his military assignment was tasked with responsibilities and assignments at the the command, diplomatic, staff and teaching departments of the Nigerian military.

He distinguished himself in the various assignments and his excellence in service was recognized with the medals he was decorated while on ECOMOG, OAU and UN Peacekeeping assignments. He is also a tested conflict resolution expert with numerous field engagements and policy advisory roles at both local and international levels. His flair for languages enables him to communicate effectively in whatever environment he was deployed.

Being a DDR expert, Col Dikio commanded the Nigerian Contingent of Military and Police UN Observers in Angola. As Commanding Officer NIBATT 37 ECOMOG, Sierra Leone, he was responsible for securing the major land approaches into Freetown, the Child Soldiers Rehabilitation Camp in Orogu and Disarmament Camp in Newton. He successfully carried out the special mission to dislodge Sam Bockerie, a notorious Revolutionary United Front Rebel considered inimical to the success of the Sierra Leone peace process without casualties.

In order to stop cross border rebel activities that had the potential to drag Guinea and Liberia into war, he led an Advance team in Nov 2000 that conducted an extensive reconnaissance mission throughout the length of the Guinea-Liberia borders in his capacity as the Military Adviser/Principal Programme Officer Peacekeeping at ECOWAS Executive Commission.

Remarkably, Col Dikio was the Point Officer – Design Team, ECOWAS Early Warning System in collaboration with EUCOM. Dixon also played a prominent role in negotiations with insurgents in Cote d’Ivoire, Liberia and Sierra Leone which set the stage for the signing of peace accords in those countries. He was a member of the first ECOWAS Mediation and Security Council Verification of Government of Liberia compliance with UN Security Council Resolution 1343(2001) Apr 19-24,2001.

Noted for his high standard of discipline, excellence and integrity, Dikio voluntarily retired from the Nigeria Army after attaining the rank of Colonel in July 2004. After retirement, Dikio went into consultancy, putting the experience he acquired in the military at the service of humanity. He was at various times the Security Consultant to the Federal Inland Revenue Service and ECOWAS Executive Commission. The Center for Development and Democracy contracted him to produce the documents and organize workshops aimed at operationalizing ECOWAS Mechanism on Peace and Security. He is currently, a Real Estate Investor at 3 Strands Group LLC and Security Consult at Madiba Inc LLC in the USA. He is married, proactive, reads autobiographies and history. There is therefore no doubt that Dikio has the experience acquired as a military office and as a top notch security consultant to excel and make a difference as the administrator of the Amnesty Programme.