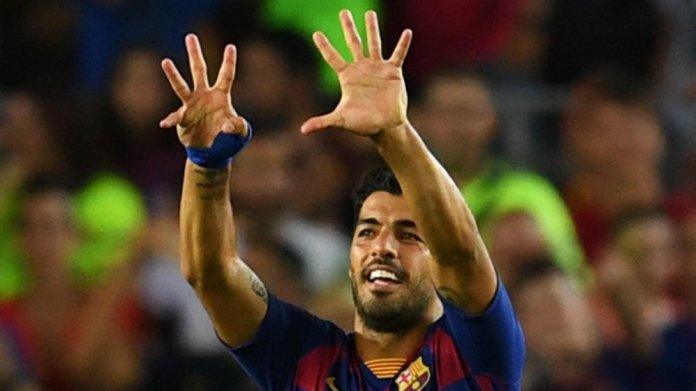 Luis Suarez was captured leaving Barcelona’s training ground in tears as he closes in on a move to Atletico Madrid.

The Uruguayan said his goodbyes to good friend Lionel Messi and the rest of his team-mates on Wednesday and was expected to be confirmed as the latest star to leave the Nou Camp in a £3.7million deal.

The 33-year-old – who will leave Barcelona as the club’s third highest goal-scorer of all time – was then captured shedding tears as he briefly put his head down while he drove out of and away from the Ciutat Esportiva Joan Gamper facilities.

Since moving to Barcelona from Liverpool in 2014, Suarez has netted a remarkable 197 times in 283 appearances and the club are expected to make a farewell gesture to the striker today.

However – much to the relief of Ronald Koeman who is against the clock to bring in fresh faces – Suarez’ tears appear to signal the end of yet another transfer saga at the Catalan side this summer.

On Tuesday, it was reported that Barcelona were attempting to put the brakes on Atletico’s move for Suarez by adding their rivals to a list of ‘vetoed clubs’ he can’t join, alongside rivals Real Madrid, Manchester City and Paris Saint-Germain.

But Atletico have nevertheless emerged as the front-runners for Suarez’s signature after a move to Juventus fell through.

Suarez flew to Perugia, Italy, last week and passed a dual citizenship test in order to accelerate his move to the Serie A champions.

But that deal collapsed and Suarez could now find himself in hot water after claims by La Repubblica and Ansa news media outlets that there were ‘irregularities’ in the test.

It has been reported that Suarez was sent the questions in advance and passed the Italian language (B1 level) examination having already been told the answers, with an investigation by the Guardia di Finanza now underway.

The police are now said to be acquiring documentation from the University of Perugia, where Suarez’s test took place, and the player risks heavy legal action by the Public Prosecutor of Perugia.

Spanish giants Barcelona, meanwhile, have been in a state of crisis this summer amid the coronavirus crisis crippling their finances while they were left to pick up the pieces following the huge fall-out from the Lionel Messi transfer saga.