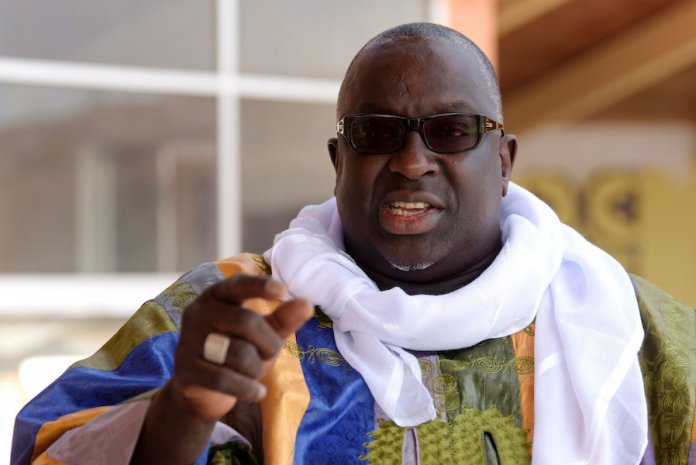 Papa Massata Diack, son of former IAAF President, Lamine Diack, has goaded French authorities by saying they will have to send special forces to Senegal if he is to serve a five-year jail term handed out to him in France for corruption and breach of trust.

Papa Diack was given four years in prison for corruption and money-laundering, refused to leave Senegal for the trial and was sentenced in his absence.

In 2016, the global police network Interpol issued an arrest want for Papa Massata, who has been based in his West African nation ever since.

“They can send special forces to pick me up,” he brazenly asserted on Monday as he continued to protest his innocence.

Last week, 87-year-old Lamine Diack was convicted of corruption in France in relation to a Russian doping scandal and sentenced to two years in prison, with another two years suspended.

Diack profited from a scheme that allowed Russian athletes who paid millions in bribes to keep competing when they should have been suspended for doping.

Safe in Senegal where local authorities have refused to extradite him to France, his son Papa Massata, a sports consultant who was also given a fine of $1.2m for his role in the affair, has been disdainful of the investigation into corruption in athletics.

French investigators say Papa Massata is at the centre of years-long corruption probe that now spans Europe, Asia and the Americas, and includes the awarding of the 2020 Olympic Games to Tokyo and the 2016 Games to Rio de Janeiro.

In 2017, Papa Massata branded the accusation that he was part of a large corruption racket as “the biggest lie in the history of world sport.”

Since last week’s verdict, his lawyers in Senegal have said he was denied a fair trial and would appeal.

“I don’t need to racketeer athletes – I earned enough money to live well,” he said in the Senegalese capital Dakar.

“What France, the country of human rights, did is abhorrent. What we’ve seen in Paris was an offence to justice, a joke.”

Not only has he accused the investigation of having a political background, he has also warned that his father could reveal some hidden truths in the world of sports administration should he wish to speak.

“I’m not afraid to say that there is racism in this story,” Papa Massata, who was banned for life from athletics in 2016, ventured on Monday.

“Let me tell you now: I will react to any disclosure published in the press, because I also know things. The day Lamine Diack speaks about the Olympic movement, let me tell you, the IOC will explode, Fifa, the IAAF.”

Following a huge scandal that has hung over athletics for five years, Diack senior – who led the IAAF from 1999 to 2015 – was convicted of accepting bribes from athletes suspected of doping to cover up test results and letting them continue competing, including in the 2012 London Olympics.

In his testimony, he acknowledged slowing the handling of Russian doping cases between 2011-2013 to save a sponsorship deal with a Russian bank and avoid public scandal but he denied the corruption allegations.

Diack’s lawyers said he would be appealing against the judgement, which they called “unfair and inhumane”.