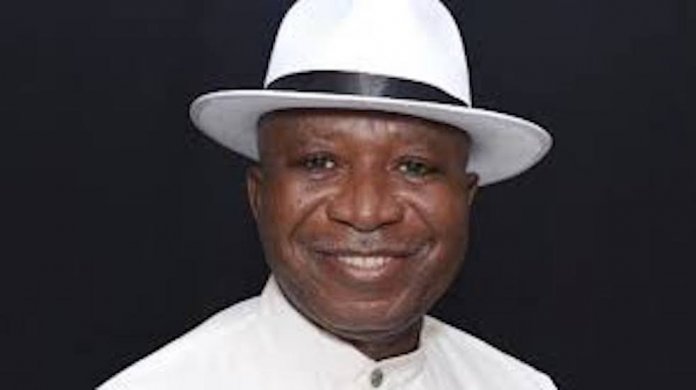 The newly-appointed Interim Administrator of the Presidential Amnesty Programme (PAP), Col. Milland Dikio Dixon (rtd), has stated that a lot of fictions and misconceptions had been put out in the public domain about what the programme represents, declaring that the narrative has to change.

He assured delegates, stakeholders and the public of his resolve to work through consensus and facts so as to collaborate and cooperate with agencies that are complementary to the programme.

Dixon spoke in Abuja while taking over the management of the PAP from the caretaker committee, which had overseen its affairs since the suspension and eventual sack of the former coordinator, Prof. Charles Dokubo.

A statement issued by the Director, Information, Amnesty Office, Mrs. Dibiaezue-Eke Florence said the Interim Administrator, while noting that the new management did not intend to dwell on the past, emphasised that “we shall not neglect the lessons of the past. If we learn well, we will do better”.

He added that the programme will be focused on service delivery, adding that the primary purpose shall be to focus on the reintegration of the ex-agitators and seek the input of relevant stakeholders in the region to realise the objectives for which it was set up.

He thanked President Muhammadu Buhari for his appointment and assured him that he intends to work towards justifying the confidence reposed in him.

He also stated that he intended to clear the ‘cobwebs’ so that people will know the difference between the Amnesty Programme and what he called the Presidential Amnesty package.

He explained that the Presidential Amnesty Programme entails Disarmament, Demobilisation and Reintegration (DDR) — a subset of the amnesty package — adding that the amnesty package is a basket of government avowed plans to address and ameliorate the grievances that led to the agitations and subsequent armed struggle in the Niger Delta.

While thanking the Chairman, Caretaker Committee, Ambassador Aminu Lawwal, for successfully holding forte, he assured the management staff of PAP of his readiness to work with everybody, adding that accountability is a ‘two-way street’.

Noting that the new paradigm of PAP is service delivery, he said: “Essentially, I am here to render service. All hands must be on deck to ensure that we successfully achieve the purpose for which the federal government set up the DDR programme.

Expressing commitment to repositioning the office on the path of service delivery through inclusive leadership, Dixon implored the management to be open-minded and urged all to imbibe the culture of collective responsibility.

Earlier, the Chairman, Caretaker Committee, Ambassador Lawwal thanked President Buhari for the opportunity given to the members of the committee to serve.

He stated that the president had graciously approved all the recommendations of the committee concerning the smooth running of the programme.