The All Progressives Congress (APC) yesterday congratulated the winner of last Saturday’s governorship election in Edo State, Governor Godwin Obaseki of the Peoples Democratic Party (PDP), noting that the peaceful nature of the election reflected President Muhammadu Buhari’s commitment to the development of democracy in the country.

The Chairman of its National Caretaker Committee, Governor Mai Mala Buni of Yobe State, expressed the party’s position in a statement in Abuja shortly after a meeting with the president along with Kano State Governor, Dr. Abdullahi Ganduje.

Obaseki had emerged winner of the contest in which APC’s Pastor Osagie Ize-Iyamu was the main challenger.

The contest which proved analysts wrong as it was peaceful was yesterday adjudged fair and credible by the coalition of Independent National Electoral Commission (INEC)-accredited Civil Society and other Domestic Election Observers.

Giving its assessment of the election in Benin City, the spokesman of the coalition, Mr. Victor Kalu, said: “INEC meticulously followed its timetable and schedule of activities for the conduct of Edo State Governorship election 2020 to conclusion.

“We noted with satisfaction that INEC was resolute, prepared, and committed to conducting a credible, free, and fair governorship election in Edo State, by providing a level- playing ground for all the participated political parties in the state and for ensuring timely and even distribution of election materials across the polling units in the state for timely commencement of the election.”

The group commended INEC for its uncompromising position and strict compliance with the use of the Smart Card Reader, adding that the device proved to be very effective during the election.

It expressed happiness that the perceived tension and fear of violence during the poll did not materialise, praising the law enforcement agents for being duty conscious and for performing their jobs dispassionately.

The coalition recommended that for better future elections, strict security check and possible scanning of voters’ card before entering polling units because of the presence of people who had no business at the polling units being mobilised to go there.

The coalition thanked the president for not interfering in the election and remaining true to his words of ensuring a credible and transparent election.

However, a member of the National Caretaker Committee of the APC, representing the youths, Mr. Ismail Ahmed, has said that the party would not take the October 10 governorship election in Ondo State for granted.

He also revealed that the ruling party would carry out a post mortem on the Edo election to ascertain the factors that led to the defeat of the party.

Ahmed stated this yesterday while fielding questions from journalists after the meeting between the party and its social media influencers held at the party’s secretariat in Abuja.

He said it was very disheartening that for the first time since 2015, the party does not have a single representation in the South-south in terms of a state.

Ahmed stressed that the APC had representation in all the geo-political zones since 2015, but it has lost it now, adding that the party would have to work hard to regain it.

Commenting on Edo State election, he stated: “Are you calling that performance dismal? Remember we ran against an incumbent governor and everybody knows the history of Edo governorship primary and there were a lot of circumstances we could not explain.

“We thought we had covered the ground fully well but there was a blind side we didn’t see. But the party has not officially done a post-mortem which we intend to do this week. The National Assembly is very busy, we are going to call a post-mortem to know how far and how we found ourselves in this kind of situation.”

Meanwhile, the Governor of Kaduna State, Malam Nasir el-Rufai, has declared that Buhari has never abused the concept of federal might.

The governor made the statement on a live television programme yesterday while commenting on the Edo State governorship election.

He said he was optimistic that the APC would win the election.

According to him, indications pointed out that the ruling party would emerge successful until three weeks to the poll.

He said unlike past governments, Buhari allowed the will of the people to prevail in the election.

“We’d have loved to win. Quite frankly, I was optimistic up to three weeks ago because there was an indication that we were going to win. I don’t know what happened in the last two, three weeks of the campaign. As you know, a large number of voters make up their minds in the last two weeks of the election, many voters decide no matter what happens, this is how I’m voting,” el-Rufai said.

In a related development, former President Olusegun Obasanjo has congratulated Obaseki and urged him to be magnanimous in victory in the wider interest of the state and country.

Obasanjo said the success recorded by Obaseki was an attestation that the people of the state valued his leadership and appreciated the efforts made thus far on their behalf.

The elder statesman, in a statement issued yesterday by his media aide, Mr. Kehinde Akinyemi, urged the governor to use his second tenure to deepen the people’s faith in democracy and improve their living standards.

“I salute you and all those who worked for your re-election,” Obasanjo said in a congratulatory letter.

The former president noted: “No doubt, that the outcome of the elections that have taken place so far broadly reflects the choice of the Nigerians who have, by their conduct, visibly demonstrated that they value our present democracy and will do their utmost to make it work.

“I urge you, therefore, to reciprocate their trust by doing everything you can to strengthen their faith in democracy and in its ability to bring about improved material conditions and better service delivery.

“I also count on your support of well-meaning Nigerians like me in our quest for national peace, stability and economic development and trust that you will play an active and visible role in our pursuit of these noble and desirable objectives.”

But despite improvements in the electoral process recorded during the Edo State governorship election, Situation Room has insisted that the inability of the INEC and security agents to deal decisively with electoral offences were still very evident.

It noted that incidents of violence, vote-buying, intimidation and harassment of voters and election observers were still recorded during the Edo election even though not on a large scale.

The group in its interim report said that it deployed over 300 personnel to monitor the poll, noting that the electoral processes were operated smoothly and that most of the security agents acted professionally in discharging their functions.

While addressing a press conference in Abuja yesterday, the Convener of Nigeria Civil Society Situation Room, Mr. Clement Nwankwo, said the election was a marked improvement from the past ones in virtually every aspect.

“The administration of the Edo State governorship election appears to have been a marked improvement on the recent previous governorship elections. INEC’s processes appeared to operate smoothly,” he said, adding: “Logistics issues of distribution of materials, deployment of staff and challenges in the voters’ register were significantly reduced. In addition, security personnel acted professionally.”

However, Nwankwo said there were some incidents of violence and acts of vote-buying during the election.

Meanwhile, Buni and Ganduje yesterday met with Buhari behind closed doors reportedly over the Edo election.

After the meeting, the governors left the president’s office through another route obviously to avoid answering questions from State House reporters who were eagerly waiting to ask for their mission in the Presidential Villa. 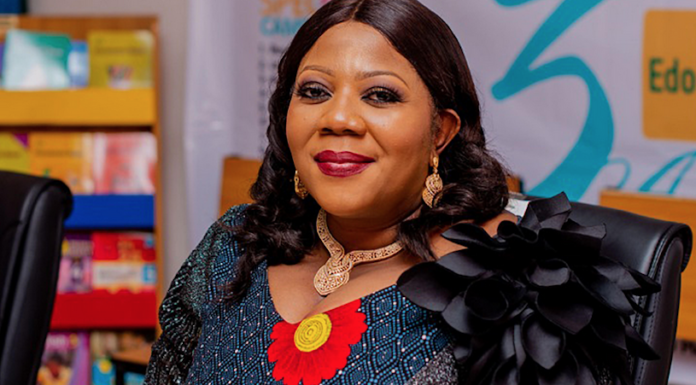