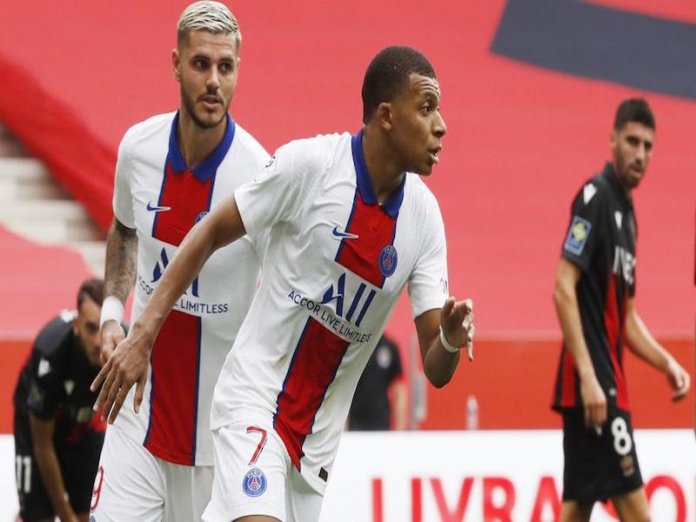 Mbappe had missed their opening three games – two defeats and one win – after testing positive for coronavirus.

The France forward opened the scoring on his first appearance of the season from the penalty spot after he was fouled by Kephren Thuram.

Angel di Maria doubled the lead from a rebound after Mbappe had a shot saved and Marquinhos headed in their third.

Mbappe thought he had a second goal with 15 minutes to go but it was disallowed for offside.

PSG were without Neymar, Layvin Kurzawa and Leandro Paredes, who were all suspended after their red cards in the melee against Marseille.

Patrick Vieira’s Nice are on six points from four games, the same total as champions PSG.