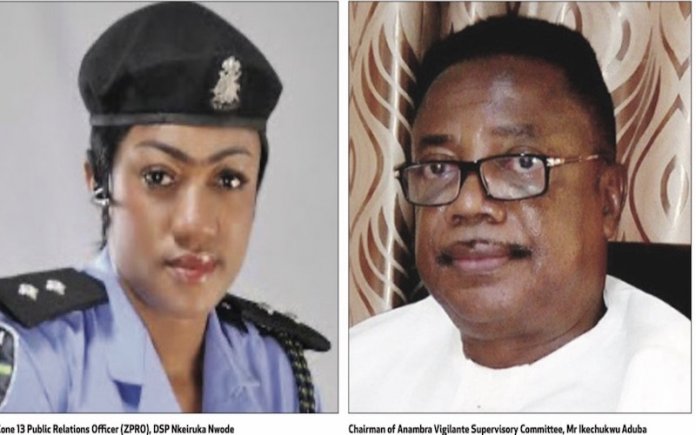 David-Chyddy Eleke writes that for the past two weeks, rumours of planned invasion of some Anambra communities by strange men, suspected to be bandits from the North, have been rife, thus inciting fear. While addressing the viral rumour, the zonal police and the state’s vigilante group called for caution given that investigation is ongoing

Two weeks ago, there were rumours of the invasion of Anambra State by scores of young men, suspected to be bandits from Northern Nigeria, who were said to have been ‘shipped’ into the state for a mission yet to be ascertained. The men were said to have been camped in a Hausa Quarters along the Amawbia- Nise – Agulu road, a little away from the official residence of the Anambra State governor, Chief Willie Obiano.

The area which has become known as a quarter for people from the North, was said to have been a temporary spot for the invading Northern youths, as their mission was more in the interior part of the state, where they were to carry out an unknown assignment.

Viral Allegations
Shortly after the rumour went round the state, it was further backed by a video circulated by unknown persons, which showed a long convoy of motorcycles carrying two passengers each. The video which immediately went viral saw a commentator speaking in Igbo, and alleging that the passengers were Fulani herdsmen who were previously camped in Hausa Quarters, now distributed to many villages of Anambra State, in readiness to carry out their assigned operation.

The maker of the video, driving behind the convoy of motorcycles while making the video, listed Amawbia, Agulu, Nise, Neni, Adazi and other communities in Anaocha Local Government Area, as places where the invading northern youths have been sent to.

This had sent fear down the spines of Indigenes of the state who feared that the invaders may sooner than later start causing havoc in the state.

There has however been varying accounts of the story of the influx of strange persons into the state. At the boundary area between Amawbia and Nise communities where there is Hausa Quarters, a youth leader in Amawbia community, Ignatius Ngini, told THISDAY that he had observed, a number of times, suspicious camping of persons along the road at odd hours. Ngini said that those he had seen settling along the Amawbia–Nise–Agulu Road at odd hours usually placed phones in their ears, suggesting that they were making calls.

An Indigene of the state, Mr Toochukwu Orji, who spoke to THISDAY said that, “at times like this, you cannot wish away any rumour. If you know what is happening in some parts of the North, you will pray that it never happens here. We can not rely on police and others to secure us, because they have failed most times, especially if the plan is one associated with top persons. What we can only do, is to look around for suspicious persons in our environment and report them to the community leaders.”

“AVG wishes to inform the general public about the need for heightened vigilance in all parts of the state. A suspicious but unconfirmed mass movement of stranger elements purported to be Northerners was reported around Amawbia, Agulu, Nise, Neni and Adazi axis. AVG operatives in these areas are now on red alert to verify and confirm this report. AVG operatives in the 179 communities are hereby put on alert. They are advised to collaborate with the Nigeria Police and sister security agencies to secure their areas from now till the end of the year.”

He noted, however, that crime seem to experience upsurge during Ember period before the
Yuletide and New Year celebrations, but that AVG over the years usually beef up security in their areas. Aduba said such measures were to ensure that Anambra remains one of the safest
states in Nigeria and foreign/local investment friendly. He advised that the road traffic authorities namely Anambra State Traffic Agency (ASTA), the Federal Road Safety Corps, Nigeria Police
and Ocha Brigade should curb the use motorbikes to flood strange elements into the state as the use of Okada in urban centres and carrying more than one person had been outlawed.

He also reminded that it is against the Land Use Act for any individual to sell land, especially to cattle rearers or strange elements without obtaining permission from the state government first and foremost. “This warning is being repeated to forestall nomadic migrant herders from settling in our forests which is equally under surveillance by A.V.G. Intelligence Unit”.

The warning of the AVG leadership, who is considered to be one who should know better, further sent Indigenes and residents alike into panic, causing them to demand investigation into the alleged influx of persons suspected to be bandits from a section of the country into the state.

The Hausa Community’s Peaceful Stance
But a leader of the Hausa settlement who simply gave his name as Ibrahim said, “I can tell you we are not aware of it. Our people come here and settle, before they start something in the state, but to tell you that there is a definite plan to bring in bandits into the state and camp them here, I am not aware of it. We are peace loving people, and we thank Amawbia people because they have been accommodating us. Some of us have our families here, and we will not accept any plan to do anything that will cause trouble,” he said.

Police Directive
The Nigeria Police Zone 13 in Ukpo, Anambra State, reacting through its Zonal Public Relations Officer (ZPRO), DSP Nkeiruka Nwode to THISDAY said, “We have come into knowledge of a viral video purporting an influx of elements whom according to the source purported to have been Fulani insurgent migrants into Agulu and Adazi areas of Anambra State by a barrage of motorcycles.

“The content of the video also stated that the migration was intended to wreak mayhem on some communities of the state and called on the people to be vigilant. The video went on to allege that there was an assemblage of these suspicious characters at the Hausa Quarters in Awka wherefrom their journey took off. Germane as it could seem to be, the Assistant Inspector General of Police; Danmallam Mohammed warns that while raising alarms on security, caution should be adopted so as not to incite the public against law and order and cause disaffection, tension and false security impression on the people and the land.

“The AIG has directed the Anambra State Command Commissioner of Police; Abang John to tighten the security of Anambrarians and also to examine the contents shared and get back to the zone for clarification. We employ you to be calm and go about your legal duties without fear of harassment.”

A week after the directive was handed down, there has however not been any news of the outcome of police investigation of the video. Attempt to reach the Anambra State Police Command spokesperson, SP Haruna Mohammed as at the time of filing this report was unsuccessful as his phone line remained unreachable.